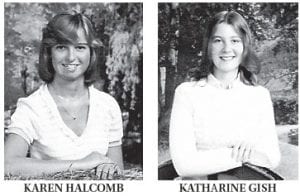 The 1982 Junior-Senior Prom was held at WHS’s cafeteria on May 1, 1982. The theme was “This One’s for You” and music was provided by Driftwood, a band from Breathitt County. Colors on the decorations were lavender and baby blue. Tony Sergent gave the welcome, and the response was given by Randy Blair. At 10:30, Ephraim Imperial and Alice Baker were crowned WHS Prom King and Queen.

Part 1 of the Senior Will 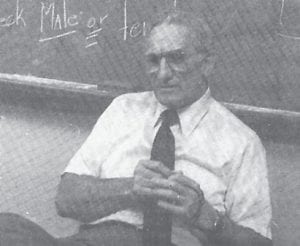 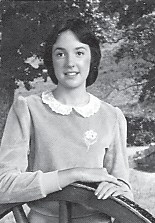 Former Whitesburg and Hazard High School basketball coach Goebel Ritter has replaced Arthur “Ozz” Jackson as head coach of the boys’ basketball team. Jackson resigned after complaints from parents that the program was not progressing.

Ritter played college basketball at EKU, later playing professional ball with the New York Knickerbockers. As head coach of the Hazard Bulldogs, he led them to a state championship. He also had a very successful record as coach at WHS during the early and mid 1960’s.

Since taking over the reins at Whitesburg, Ritter has upped the Jackets’ record from 2-9 to 4-13. The recent games have been fairly close, with an overtime loss to Jenkins by 1 point at Jenkins. The Jackets defeated the Cavaliers at Whitesburg earlier, and handed the Hazard Bulldogs a surprise defeat in double overtime at Hazard. 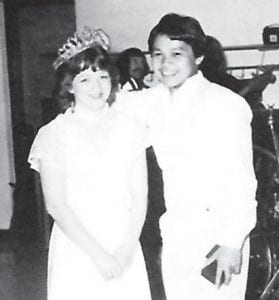 Coach Ritter says he is enjoying the new job, adding “I’ve learned all the boys’ names. They’re giving me 100 percent. That’s what I crave.”

When asked whether he thought the team had improved, he said that before he took over as coach, he had not seen the current Yellowjacket team play, and couldn’t tell if they had improved or not. Ritter says “I try to run a pivot offense with an organized fast break. I don’t know what Mr. Jackson concentrated on.”

Ritter says the team’s biggest problem is shooting. He says morale is better than when he first took over, and the boys’ attitude is great. “They really try to follow directions.”

Coach Ritter wishes that the students would provide more support at the boys’ games. He says he would like to see a cheering section like that of the girls’ games. He feels that more support would help the team.

Kimberly Lynn Arthur is the daughter of Jimmie and Loretta Arthur of Sandlick. Kim was a member of the Math and Drama Clubs her freshmen and sophomore years. She is a member of the Black Kat staff. Kim plans on attending either U.K. or Alice Lloyd College, where she will major in pre-med.

Katharine Gish is the daughter of Tom and Pat Gish of Thornton. She was in the Math Club, Drama Club, and was secretary of the French Club. Kitty was editor-in-chief of the Black Kat and a National Merit Scholar. Kitty plans to be a doctor and will attend Wellesley College in Wellesley, Mass.

Karen Halcomb is the daughter of Truman and Bobbie Halcomb of Jeremiah. She was secretary of the FHA Club and social editor of the Black Kat. Karen was a district winner of the conversation essay and a state winner on an essay on the handicapped. She also received the DAR award. Karen plans to attend college and major in elementary education.

On May 30, a banquet was held in honor of three of Whitesburg High’s retiring teachers. These teachers were Preston Armstrong, Joy Wray Breeding and Mary Emma Lewis.

The banquet was held in the high school cafeteria at 2 p.m. It lasted until 4:30. At the banquet, Mr. Armstrong, Mrs. Breeding and Mrs. Lewis were each recognized by having their life histories read. Mr. Buddy Roe spoke about the life of Preston Armstrong; Shirley Whitaker spoke of Mrs. Breeding, and Loretta Arthur told the story of Mary Emma Lewis.

The Black Kat staff would like to wish these three teachers a farewell and lots of happiness in their futures. They will be missed at Whitesburg by both students and teachers.

Twenty-six Whitesburg students recently attended the 20th annual Career Development Conference in Louisville. The following honors were won by our students: Adrienne Spangler received a first place trophy in the Advertising event; Wendy Caudill placed fourth in the state in General Merchandising (written) event; Angie Brashears received a certificate for being in the top eight in the Pepsi Earn and Learn project; Judy Wright placed in the top eight in the Phillips Petroleum Project; Phyllis Caudill placed in the top eight in the Finance and Credit (written) event; Barry Amburgey was in the top eight for his written entry in the Food Marketing event; Jimmy Collins was presented a trophy for being named Outstanding Chapter Member; Sherry Barker and Valerie Ison were selected to serve as members of the Courtesy Corps.

There were only 11 students selected from the state at large.

A group of Whitesburg students participated April 27 in a math-science contest at Southeast Community College in Cumberland along with students from Middlesboro, Bell County, Harlan, and Cumberland high schools.

Three awards were given in algebra, and Whitesburg students won all three. Pam Hall received $5 for third place; Ray Gish $10 for second place; and Karen Buntin $20 for first place.

Two awards were given in trigonometry; Whitesburg won both. Kitty Gish won $10 for second place, and Paul David Sturgill won $20 for first place.

Two awards were given in advanced math, and we received one of them. Kim Arthur received $20 for first place .

Graduation for the Class of ’82 was held on June 4. The guest speaker was Dr. Frank Bickel, Director of Graduate Studies of the University Of Kentucky.

(The above articles from the1981-82 Black Kats and the Yellowjacket yearbook.)