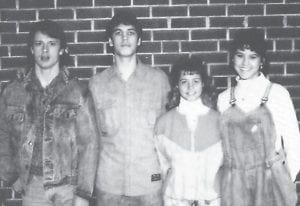 The honor of Mr. and Miss WHS has been awarded to Mark Wampler and Whitney Craft. This honor is awarded each year to two outstanding students on the basis of their leadership abilities, courtesy toward their fellow students, and strength of character.

Mark is the son of Eddie and Brenda Wampler of Mayking. Mark has been a member of the football team for the past three years, receiving headhunter and most tackle awards. He has been an active member of the Outdoor Club, the Hunting Club, the W-Club, and the Youth Help Others Club. 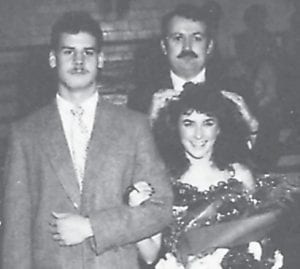 Mark plans to attend the University of Kentucky and major in engineering.

First basketball homecoming in many years

Whitesburg High had its first basketball homecoming in many years Feb. 6, 1988. The festivities were great from the 12 queen candidates to the homecoming dance, which was held following the game.

Mr. Don Cohen, a representative of the Muscular Dystrophy Association, addressed students of the WHS Retailing Classes about the organization and some of its projects. 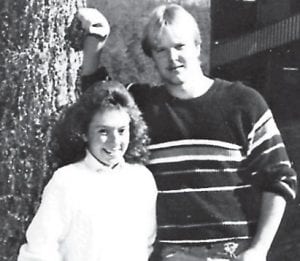 He explained that the association is a voluntary health agency aimed at conquering neuromuscular diseases that affect hundreds of thousands of Americans. It does so by (1) carrying out basic and applied scientific investigation, (2) comprehensive programs of patient services and (3) widespread professional and public health education.

The DECA members will be conducting a ‘Shamrock Sale’ campaign in some local businesses and will be distributing the familiar canisters around the business community sometime during the first two weeks of March.

The Beta Club will hold a car wash at Long John Silver’s in Whitesburg on Oct. 31. This car wash is held to raise funds for their trip to the State Beta Club Convention in Louisville. 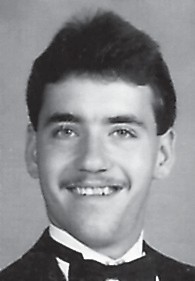 The Beta Club will also hold the “Faculty Follies” on Nov. 20. This is also a fund raising event. The club held its annual initiation on Oct. 14. Thirteen new members were inducted.

President William Bledsoe is the son of Pamela and Johnny Brown of Partridge. He attended Eolia Elementary School. William has been a member of the football team for three years. He is a member of the Science Club.

Vice-President Travis Day is the son of Linda and Wendell Taylor of Colson. He attended Colson Elementary School. He is a member of the football team and the baseball team.

Secretary Sarah Hayes is the daughter of Susan and Haskew Hayes of Westwood. She attended Whitesburg Middle School. Sarah has been a cheerleader for 3 years and has run track for 2 years. She is in the W-Club, Pep and Outdoor Club.

Treasurer Kim Brown is the daughter of Glenda Combs of Westwood. She attended Whitesburg Middle School. Kim has been a WHS cheerleader for three years. Kim is a member of the Pep and Art Club.

The WYMT Mountain Basketball Classic Scholarship was awarded to nine Kentucky students in the amount of $1,000 each. Will Buntin was selected as one of the three recipients from our region. Will is the son of Patricia and Bill Buntin. He has been the president of the Beta Club for the past two years and is also the Student Council President. He is an active member of the French Club, Math Club, Band, Drama and Academic Team. Will has just been named National Merit Finalist.

He plans to attend either Transylvania or Furman where he plans to major in math and music.

On the weekend of Nov. 13 and 14, the Kentucky River Regional Teen Leadership Conference was held at Buckhorn State Lodge. This conference was held to help students better understand problems of teenagers. It was also held to promote the statewide programs of The Champions Against Drugs.

The five students chosen by the faculty to represent WHS were Johnny Eldridge, Candace Meade, Richard Roberts, Nikki Williams, and Sharon Short. The counselors, Mrs. Adams and Mrs. Black, were there to chaperon.

The conference sponsored by the Kentucky Regional Action Group was informative and enjoyed by those who attended.

Class prophesy in the year 2000

Part I: After missing for 10 years, Kevin Day and Mark Whitaker were both indicted for drug trafficking. They both swear they thought it was coffee. Mark Wampler became the judge on divorce court and was last seen trying to break up a dispute between Codell and Vickie. Aimee Imperial went into modeling and is now doing commercials for Fran’s Tanning Center. After one semester at Transy, Will Buntin decided that college was not his cup of tea. He moved to Algeria to find his true meaning in life. After one year of playing football at MSU, Larry Maggard resigned his scholarship to take over Maggard’s Grocery and is now 6’6 and over 400 pounds. Chris Bentley is doing “Just Say No to Alcohol” commercials. Ronnie Adams was last seen in Vegas for a pool tournament; the place had to be excavated due to strange odors. Jeff Holbrook was recently awarded sharpshooter of the year, some say he could pick off a toe at 50 yards. Amy Collier bought the Lexington Herald Leader but lost it all at Keeneland. Bruce Brown now drives a Porsche and still claims he is poor. Greg Smith takes Mr. Chandler’s position as alternative Ed. Teacher. Tracy Ott suffered fashion amnesia and was last seen wearing a burlap sack.

(The above articles from the Yellowjacket Yearbook and Black Kat Newspaper.)