My Four Years at WHS, by Gay Stewart

My four years at WHS have been an experience that I will never forget. School wasn’t all fun and games and it wasn’t all work and no play. Now, as I am approaching the end of my high school days, I look back over the years and I realize I will miss high school and my friends.

As a freshman, I was scared and shy. Being called to the office really frightened me. I had to become acquainted with the campus and after a few days, I got to know my way around. Almost all of the students and teachers were new to me. As the year progressed, the campus and some of the faces on campus became familiar.

Then I was promoted to a sophomore and I enjoyed this year better than my freshman year. I had to adjust to new teachers and a completely different schedule.

When I became a junior, the fun really began. My subjects were really easy and I let up on studying. The Junior-Senior Prom came up and I enjoyed attending it. Being usher at Baccalaureate and graduation was a great privilege for me. 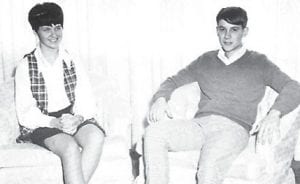 Now I am a senior and school means very much to me. I enjoy school and I hate to leave WHS. Practicing for the Senior Play and then performing it was an experience for all the students in the play.

Before I close I would like to say while you are having fun remember you need to work to get through school. Getting a diploma is a reward for the work a person does to get through high school.

The 1970 WHS senior graduating class gathered at the First Baptist Church in Whitesburg for the annual Baccalaureate Sermon on Sunday night, May 31, at 8 p.m.

The WHS Annual Staff sponsored a picnic and dance, May 25, 1970 at the Whitesburg High School Gym. The picnic was from 7 p.m. until 8 p.m. The menu was hot dogs “with your choice of mayonnaise or mustard,” potato chips and Cokes. The dance was from 8 p.m. until 11:30 p.m. The band was the Honeysuckle Grapevine. Approximately 100 from the grade school and the high school attended. The school picnic was the last social event for students at WHS.

The funds received went to the annual staff.

The WHS football team, under new head coach James Gose, is in a rebuilding year, but has enough experience to provide Jacket fans a few exciting moments. 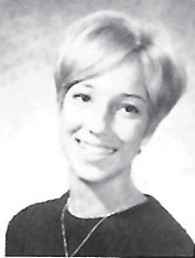 The ends are seniors Kenny Garrett and Eddie Trotter with support from Carl Breeding, sophomore, and freshmen Mark Caudill.

The bright spot in the backfield is sophomore fullback Danny York. He leads the Jackets in rushing. Brian Moore, senior halfback, and J. R. Brock junior quarterback halfback, and Mike Hansel, freshman quarterback, are the other probable starters.

My Four Years at WHS, by Sandra Banks

When I was a freshman, I was afraid of the school system and of failing. The idea of being in high school was really scary. Yet I was proud to say I was in high school if anyone asked. I felt old; I studied hard and really tried.

My sophomore year came and my fears went, not completely, but they went. I was a sophomore. I was a different person all together. I was a B-team cheerleader. 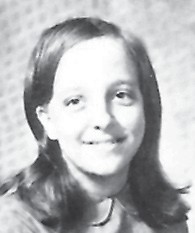 When I was a junior I was a varsity cheerleader. I really became a funny girl, laughter came up and grades went down.

Senior year finally rolled around and I really jumped for joy. I didn’t study enough for one subject, let alone all five. My grades came up in most classes because I had fairly easy subjects. The funny girl kept playing her role.

This summary tells it like it was and is. I shall now commence to try and tell it like it could be, and should be in my personal opinion, whatever it’s worth.

The school system is fairly lenient and not too strict. I don’t think this should be changed.

I think the physical education program should be extended. There should be more equipment and more activities. Girls have been entirely left out in sports; girls’ basketball teams should be organized, girls’ track established, and have an annual powder puff football game at the football field as a school activity. Boys have everything; girls have nothing to compete in except cheerleading.

The WHS Concert Band participated in a Band Concert, April 24, in Harlan. The band competed with other high schools from Kentucky in the Class CC Competition.

Ratings which a band could receive were, Superior, Excellent, Good, and Poor . e

Th WHS Band received a 1 rating. This rating was the first superior that the band has received in many years.

Students at WHS should be proud of the honor brought home by the WHS Concert Band.

Mrs. Dana Richardson’s girls’ physical education classes at WHS have begun their yearly chores of going to the Whitesburg Athletic Field to play softball. The girls really enjoy the spacious areas, as compared with the cramped quarters of the gymnasium. The sunshine is also a welcomed guest. When Mrs. Richardson’s student teacher, Miss Rebecca Combs from Carr Creek, now attending Morehead State University, returns for her second four weeks of student teaching, the girls are going to take part in archery, tennis, and track and field. This will really be a welcomed event.