Hailed as the “Oscars of Teaching” by Teacher Magazine, the Milken Educator Awards were created in 1985 by education reform leader Lowell Milken to celebrate, elevate and activate excellence in the profession. To date, more than 2,500 K-12 teachers, principals and specialists coast to coast have been honored with over $63 million in individual, unrestricted $25,000 awards. More than $135 million has been devoted to the overall program, which included powerful professional development opportunities throughout the recipient’s careers in education.

Unlike most teacher awards, this program has no formal nomination or application process. Every participating state’s department of education appoints an independent blue ribbon committee to recommend candidates according to strict criteria, with final selections made by the Milken Family Foundation. 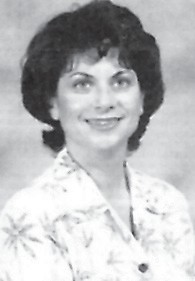 At WHS, English teacher Rebecca Howard Coleman integrates technology into her classroom to enhance student learning. Mrs. Coleman is a member of the Bread Loaf Teacher Network, a national association of teachers who provide each other with information and support. Through the network’s Bread Net Program, Mrs. Coleman enables her students to exchange their writing with students of other Bread Loaf teachers via the Internet, so that they can discuss the writing process, compose papers, and serve as peer responders. She also promotes leadership and character among her students as sponsor of the Beta Club. As Region Eight writing coordinator, Mrs. Coleman has worked with regional writing consultants to provide portfolio training to fellow teachers. She has participated in professional development seminars not only in the U.S., but in Oxford, England as well.

The Milken Educator Award is not an accolade for lifetime achievement. Recipients are heralded in early to mid-career for what they have achieved . . . and for the promise of what they will accomplish in the future.

Joshua Murtaugh has been selected as Mr. WHS for the 2003-2004 school year. Joshua is the son of Jim and Louise Murtaugh. During his four years as a Whitesburg Yellowjacket, Joshua has participated in many clubs, organizations, and athletic programs. Joshua has contributed to WHS tremendously.

Individual club memberships include Bible Club for four years, VICA Club for one year, WHS Student Government for one year and yearbook staff for two years.

Joshua’s awards and honors include honor roll student, all-district football team his sophomore, junior, and senior years, and the Class 2A, District 7, Region 4 player of the year his senior year.

After graduation, Joshua plans to attend college and obtain a degree as a registered nurse.

Allison Day has been selected as Miss WHS for the 2003-2004 school year. Allison is the daughter of Paula and David Day. Allison has represented WHS very well by participating in many clubs, organizations, and athletic programs during her four years as a Yellowjacket.

Allison has also participated in cheerleading for three years, tennis for two years, and volleyball for one year.

Allison’s awards and honors include Rogers Scholar in 2002, Governor’s Scholar in 2003, Who’s Who Among High School Students, a member of Gifted and Talented, and homecoming attendant for four years.

After she graduates, Allison plans to continue her education at Cumberland College, major in biology, and start a career in medicine.

The Harris Award is named in honor of Professor H.H. Harris, who served as Principal of WHS from 1919 until 1927. It is awarded by the faculty to a senior boy on the basis of leadership, character, and scholastic standing. This year’s recipient is Jeremy Adams.

The Dugan Award is an award named in honor of Miss Ann Dugan, who served as the home economics teacher for 27 years at WHS. The award was first presented in 1966 to a senior girl and is awarded on the basis of character, scholastic standing and leadership ability. This year’s recipient is Jessica Boggs.

Julian Machicao is originally from Germany. During his time at Whitesburg he enjoyed spending time with his friends on the weekends. His hobbies have included playing soccer, snowboarding, and hanging out with his buddies. He will miss all the friends he has made and speaking the English language.

Ai Kagawa is originally from Japan. While at Whitesburg she has enjoyed her classes, the friendships she made, and playing on the tennis team. Her hobbies have included playing soccer, reading detective books, doing jigsaw puzzles, and singing karaoke. She will miss her friends and her host family when she returns to Japan.

Three Letcher County students recently attended an academic camp with computer emphasis at Transylvania University in Lexington. From WHS was Jordan Collier, a sophomore and the son of Ernie and Faye Collier of Neon. The other students were Bailey Combs, a freshman at WHS and the daughter of Larry and Sandra Combs of Ermine, and Steven Russell, an eighth grader at Martha Jane Potter School.

(The above articles from the 2004 WHS Yearbook and Mountain Eagles.)