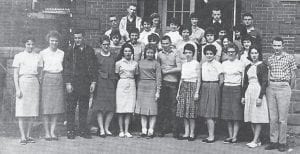 Miss Marsha Frazier, daughter of Mr. and Mrs. Clyde Frazier, Whitesburg was chosen Homecoming Queen for the school year 1961-62. Marsha is a freshman at WHS.

The queen, her attendants and football players marched in a ceremony at the football field Friday night, when the queen was crowned, and the winners were announced.

The proceeds from the campaign will go for physical education equipment.

The winning float entered by the school organizations was the Pep Club Float, and the Art Club was second. The theme was “ Nursery Rhymes” for this year’s parade .

The Homecoming parade was held Friday, October 6, and the Queen and her three attendants rode in beautiful new model convertibles. The Jenkins, Fleming-Neon and Whitesburg bands were present . 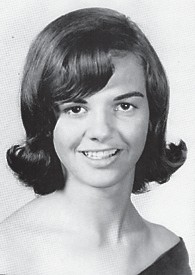 Beauty of the Junior/Senior Prom

“Stairway to the Stars”, the theme of the Junior-Senior Prom, was carried out most attractively in the decorations, the programs and the refreshments. Cute little sophomore girls wearing star-studded Roman tunics served. Senior girls in lovely formals and senior men in white dinner jackets and black slacks looked oh! So sharp! Every dance from the waltz to the twist made the evening complete. King and Queen of the prom, popular Commodore Craft and Sue Combs, were crowned by Mr. Burkich.

My best year at WHS
by Faith Armstrong

Up until now, I, Faith Armstrong, thought my freshman year was the best of all. However, anyone is entitled to a change of opinion. I know now, that the three previous years don’t even begin to compare with my senior year. This year has been filled with experiences and memories enough to line the walls of WHS. I have thoroughly enjoyed this, my senior year. We have the memories of the Ring Dance, senior sockhops, the Christmas Dance, senior play, the Washington trip, the Junior/Senior Prom and the fund drives we have had to fulfill the goal for the Washington trip. Now, we are all looking forward to our graduation exercises. 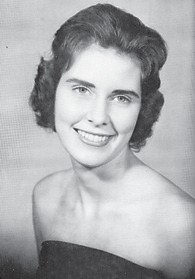 Underclassman, never underestimate your first three years in high school, for “Whatsoever ye sow, that ye shall reap.” If you’ve studied hard, and still had a good time, you’ll reap your reward in your senior year as you march down the aisle to receive your diploma, the merit of four big, happy years!

Some of the seniors’ favorite songs 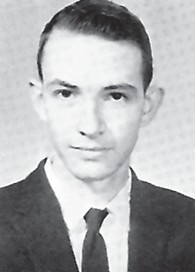 Mr. Jack Hammock’s plans for the future will be teaching. His reason for teaching is to try to better education.

He was born in Whitesburg, where he attended grade and high school. His Lincoln Memorial University College degrees are B.S.D. with a minor in biology.

Soon after graduation, he taught in Gatlinburg, Tenn., for two years. In comparing the two schools he says “Whitesburg is better equipped and much larger.”

Mr. Hammock is married and has three children. His hobby is sports. His favorite television program is “The Outlaws”, favorite food is fi- let mignon, and his favorite color is blue.

Mr. Bobby Felix Kincer, a teacher of general business arithmetic, beginning his teaching career at Whitesburg High says he finds great satisfaction in teaching and he thinks it offers security for the future.

Mr. Kincer, who is now coaching the junior football team, says his greatest ambition is to become a football coach.

Born June 23, 1934, at Whitesburg, he is from a family of four children. Entering grade school at the age of six, he continued until he graduated from the elementary school. After high school, he worked for awhile before entering Morehead State College from which he was graduated with an A.B. degree in 1956. After completing college, he worked as a clerk for the A&P Company before beginning his teaching career.

Mr. Kincer is married and they have one child. His hobbies are playing gold and watching the ballgames on TV. His favorite color is red, while favorite foods are steak and green beans.

Morris Caudill, born July 3, 1939 at Jeremiah, was graduated from Stuart Robinson in 1956, Caney in ’59 and the University of Kentucky in 1961 with an A.B. degree. His plans for the future are undecided. He enjoys teaching because he likes to work with young people and he likes WHS just fine. His favorite color is blue, favorite food is strawberry shortcake.

Miss Leona Baldwin, graduate of Berea College with an A.B. degree in art, comes to Whitesburg highly qualified to head our art department.

Miss Baldwin is very talented and enjoys writing poetry and playing the violin. Her favorite food is steak with French fries; her favorite color, red.

Miss Baldwin is single and her future plans are teaching. When asked why she is teaching, she said, “I teach because I feel education is a way of solving problems, and I like to be a part of teaching others.

We are proud to have Mr. George Gibson on our faculty. Now living in Knott County, he commutes to school.

Mr. Gibson went to Carr Creek High School and attended U.K. He has a number of hobbies which include: girls, checkers, chess, collecting folk music, and reading.

His favorite TV program is NBC News. He likes all food in general. When asked his favorite color he replied, “It all depends on the girl who is wearing it.”

Mr. Wayne Blair, teacher of Problems of Democracy and Civics, is 22 years old and single.

He is a graduate of Robinson High School, Caney Junior College and U.K.

Mr. James Bentley attended school at Jenkins, where he played basketball and football.

He graduated from Pikeville College with a B.S. degree in secondary education. He is married to the former Mary McCoy and they have no children.

His hobbies are fishing and hunting. He likes to watch the Three Stooges. His favorite food is spaghetti.

Mr. Bates plan for the future is teaching and coaching. The reason he is teaching is because he enjoys working with young people and he likes the prestige of the teaching profession. He said he thinks Whitesburg High is one of the finest schools in the state, that it has dignity, school spirit and a wonderful student body.

Mr. Elmer R. Banks was born May 15, 1935 on Little Cowan. He attended U.K. one year and Eastern Kentucky University three years, and graduated with an AB degree in English. He is 26 years old and is single.

We are proud to welcome to Whitesburg High School Mr. Romeo Rader, who is 29 years old. He is married and has two sons. Mr. Rader attended high school at Summerville in Nicholas County, and West Va. Tech, majoring in physical education, and he played four years of football in college. He is now our science teacher and assistant football coach.