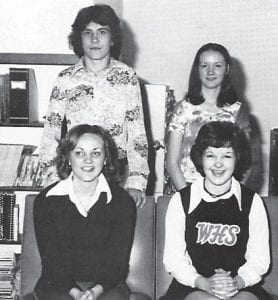 The Harris Award was named in honor of Professor H.H. Harris, who served as Principal of Whitesburg High School from 1919 until 1927. It is awarded by the faculty to a senior boy on the basis of leadership, character, and scholastic standing. This year’s recipient is Jimmy Hatton.

The Dugan Award was an award named in honor of Miss Ann Dugan, who served as the home economics teacher for 27 years at Whitesburg High School. The award was first presented in 1966 and was awarded on the basis of character, scholastic standing and leadership ability. This year’s recipient is Rachel Breeding.

Student Recognition: From the December 3, 1975 Black Kat by Daveena Sexton: William Caudill (sophomore), or “Hank Williams” as he is affectionately called by his friends, has been playing the guitar for six years. Although his family is not music oriented, (with the exception of William’s brother who sings quite well. “He is an excellent back-up singer”), William has pursued his chosen field and is continuing to develop to his full potential. William first became interested in playing the guitar through his Uncle Curt. He furthered that interest five years ago when he studied the guitar here at school, learning to play by ear and to read a little music. He also plans to study guitar under Mr. Lester second semester this year. “He is an excellent teacher.” 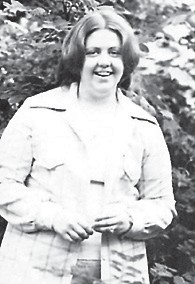 Many of us, whether we realize it or not, have known William for a long time as the kid who would always play the guitar and sing any chance he got.

He was indeed persistent. Each year we would hear him, and each year he would be a little bit better.

This year was indeed his best. After all those years, he now received credit long overdue.

When asked about practice and discipline, William’s answer was uncertain. “I practice about two hours a day. I can only hope I am a disciplined musician.” 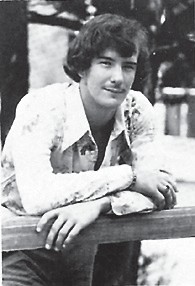 This two- hour- a daypractice, along with the years of persistent work, the years made up of days of two hour practices — these certainly comprise a disciplined musician in my books any day.

Although Williams’s favorite singer is Hank Williams, he doesn’t really pattern his music after anyone. “I try to be as original as I can.” He tries, and indeed he is. It takes a certain amount of courage to be “original”; I think we need a few more original people like William.

I feel it a great disadvantage that William cannot be nearly as original as he would like. As of now he must play songs that others have previously recorded. “I cannot write a song because of lack of talent in that area.”

No one could convince me it is a lack of talent; a lack of instruction perhaps. (The same lack of individualized instruction which hinders so many of our talented mountain youth.)

Well, sorry for throwing that in when it really didn’t fit, but I say it only because I find it to be true in so many instances. 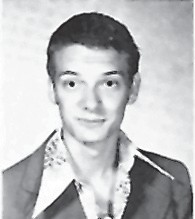 William is indeed talented. When he finishes high school, he plans to study music at a higher level, as well as pursue a career in law.

Junior Class Officers: President Tim Wright. He is the son of Annabelle Wright of Whitesburg. He is a member of the Vica Club at the Vocational School. Tim participates in football and track. He enjoys working on cars. He plans to go to U.K. and become an architect.

Vice- President Kathy Webb. Kathy Lynn Webb is the daughter of Cecil and Alberta Webb of Sergent, Ky. She is a member of the D.E. Club and Pep Club. Her hobbies include motorbike riding, swimming, roller skating, and running track.

Secretary Rhonda Maggard. Rhonda Maggard is the daughter of Bobby and Nina Maggard of Partridge, Ky. She is a member of the F.H.A., F.T.A. and F.B.L.A. Clubs. Rhonda is a junior representative in the Homecoming. 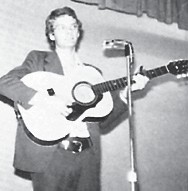 Treasurer Kathy Shackleford. Kathy Shackleford is the daughter of Mr. and Mrs. C.H. Shackleford of Cowan, Ky. She is a member of the D.E. Club, F.H.A. Club, and a varsity cheerleader. Her hobbies include swimming, cheering and running track.

More from the Class Will: Kristi Caudill wills her ability to make people laugh to boring Teresa Mosgrove. Georgianna Tolliver wills her ability as a member of the cheerleading squad to Lisa Farrington in hopes they can beat Jenkins in district and regional competition and go to state. Keith Smith wills his tires to Darrell Bates in hopes that he can make as many trips around the School Hill as he has. Penny Spangler wills her kind of grades to Tony Spangler. Mercedes Hampton wills her math ability to this year’s freshmen who are taking Algebra 1. Joy Caudill wills her ability to sneak out of chorus class to Delores Cook. Amelia Day wills her shyness to Debbie Fields. Jay Bates wills his love to Connie Vance in hopes that she will accept it. Vivian Bailey wills her seat on bus 42 to Billy Adams. Brenda Absher wills her seat on the bus to Rocky Adams. Diana Boggs wills her way of getting embarrassed to Sharon Martin. Gary Bird wills the back seat of his truck to Mark Cornett in hopes that he has as much fun in it as he has and hopes he doesn’t get cut on the beer bottles. I, Delores Hall, will to Aline Nease second period study hall which has been great. Judy Day wills her long legs to Tina Shortt. Linda Caudill wills her comb to Mark Cornett. Belinda Mason wills Kat Tales to Danny Johnson in hopes that he will complete them an hour before deadline and also her nickname “Mace” to Nickey Mason in hopes that he will live up to her reputation. Lola Potter wills her Friday and Saturday nights to Jeanne Caudill, Mary Crawford, and Cecilia Collins in hopes Paul Oxier retires. Jerry Lucas wills his good looks to Eddie “Frog” Logan. Jeff Couch wills his co-ordination to Russell. Eddie Creech wills his height to J.D. Wall. Debbie Collins wills her ability cutting classes to Sandra Combs in hopes that she’ll enjoy it as much as Debbie has. I, Tony Gilliam, hereby will to Darlene Mullins the used chewing gum I stuck on the bottom of my desk in Mr. Welch’s room. I also give my old Bozo buttons to Laura Day. I, Billie Gibson, will to Regina Bates my crazy personality.

Region 7 consists of 17 high schools and all firstand second-place winners earn the right to compete at the state event.

These students will compete at the State Conference March 11- 13 at the Galt House in Louisville.

4- H Talk Winners : Johnny Lucas won champion honors in the Letcher County 4-H Talk Meet He received a blue ribbon, a champion ribbon and $10. He spoke on citizenship and its meaning. He is a freshman at WHS. Johnny is 14 and is the son of Ollie L. Profitt. Johnny lives at Thornton.

He was also runner-up in the area talk meet at Hazard. He received a blue ribbon.

Sharon Martin was runner-up in the 4-H area talk meet at Hazard. She received a blue ribbon and $10. She spoke on freedom and its meaning. Sharon is a junior here at WHS. She is 16 and is the daughter of Mr. and Mrs. Sherd Martin of Millstone, Ky. She is active in the Beta Club and is the President of the DECA Club.