The candidates for Homecoming Queen, who were all seniors, were Kathy Caudill escorted by Mark Cook; Nancy Delph escorted by Barry Wright; Mary Martin escorted by Jack Mercer. It was a very tough and close race, but Mary Martin was crowned Homecoming queen of 1972 by popular vote of the student body. Next year she will come back and give the crown away, as Mrs. Nina Sturgill Pease did this year. 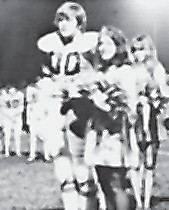 That night the invocation was given by Rev. James Erwin, the Star Spangled Banner was played by the WHS Band, the welcome was given by the Mayor of Whitesburg, the Honorable Ferdinand Moore. The announcer was Jeff Stephens.

The Yellowjackets led us to an 8-0 win over Belfry and we won the first homecoming game in several years. 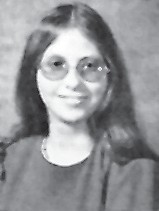 Valetta Banks, a sophomore at WHS, received first place for her speech in the county 4-H Project, on March 10, 1973. Valetta gave a speech on “Pollution is Our Business”. She received a Champion Ribbon and a plaque after winning the District Talk Meet at Hazard Community College. She will now go to the State Talk Meet to be held on July 6, 1973. Valetta has had the honor of going to the State Meet before. We wish her the best of luck!

Early Saturday morning, Jan. 6, the NYC enrollees visited the Pine Mountain Settlement School. There were 45 students, chaperones, and NYC instructor Mr. Bennett Welch, who boarded the bus at 9 a.m. and did not return until 3:30 that afternoon. What did they do?

First, the boys took a hike to the sand caves and learned a great deal about the sand formations, rocks and plants. While they did this, the girls, learned how to make flowers from corn shucks and did some woodcarving and some sand painting.

Everyone ate lunch in the cafeteria, which was very old and beautiful. It had a gigantic fireplace and the hardwood floors were “so clean you could see yourself in them”.

This past year the American Government students were responsible for registering all students of voting age. This year, again, the class would like to urge all voters to register, so they will be eligible to vote in the forth-coming election.

Senior Class Will, Part I

We, the 1973 senior class of WHS, being of sound minds and bodies, do hereby bequeath the following: Debbie Adams wills her drinking ability to Anita Hampton. Diane Adams wills her cheerleading ability to Vickie Frazier in hopes that she’s elected cheerleader. Craig Campbell wills his title of Mr. Athlete to Ben Gish. Brenda Caudill wills her flag squad position to anybody who will take it in hopes that they have a better year. Dallas Boggs wills her long legs to Sheila Collins. Homer Combs wills his four-year-old socks, tee shirt, and jock to the next idiot that plays center and his dirty underwear to David Hunsucker.

Burl Combs wills his white cleats and speed to Wayne Palumbo and hopes he gets to play. Lonzo Day wills his empty P.A. cans and Marlboro packs to Ralph Day hoping he will find some use for them. Eddie Garrett wills his #21 football jersey to Duane Profitt and expects him to wear it with pride. Terri Greene wills her ability to hang upside down out Mrs. Welch’s window and write her name on the wall to Greta Wesley, she hopes Greta doesn’t get stuck between the windows. Leeanna Hall wills her title of Miss Whitesburg High to Debbie Morgan. Mike Hansel wills his fantastic 440 ability to Bill Adkins and hopes he places sometime . . . First call for the 440. Mark Caudill wills his “Burt Reynolds” modeling ability to “Soup Bean”. Robin Holbrook wills her position of head majorette to Joyce Sturgill in hopes that she goes to camp she won’t run into bathroom doors. Greg Hurt wills a pack of Red Man to Mr. Roe . . . Enjoy it! Wade Kirkland wills his mustache and sideburns to Eddie Morgan and hopes he can shave in five years. Jack Mercer wills Cathy Frazier a ladder so that she might be able to kiss the man of her dreams. Lina Welch wills her fun prom night to Greta Wesley. Ivan Whitaker wills his camera to Mike Amburgey for yearbook pictures . . . keep up the good work! Sammie Wright wills his ability to sell magazines to Bill Martin Collins.

All the noise you heard on Wed., May 2, 1973 may have been the pitter-patter of the eighth grade classes of Eolia, Cowan, Colson, Martha Jane Potter, Whitesburg, and Cow Branch. It was orientation day at WHS.

All the upcoming “greenhorns” met in the auditorium at 9:30, and then the WHS seniors took it from there.

At 10:45 they were given a tour of the campus, in which they seemed very confused. They went to lunch at 11:30 in the cafeteria and reported to their buses at 1 p.m. to go back their schools.

Mike Hansel was Master of Ceremonies. Devotional was given by Jack Mercer. Mr. Horn gave the “Welcome”. A vocal selection was given by Charlene Tackett and Craig Campbell. Charlene Tackett also directed the group singing. By the way, next year’s freshmen are a lousy bunch of singers. The History of WHS was given by Wade Kirkland. Geoffrey Hensley gave the course of study. Janet Smith discussed the extracurricular activities. Steve Banks talked with them about the sports program. Mary Martin encouraged the girls to try out for cheerleader. Robin Holbrook encouraged them to try out for band. Cathy Newell told them about school regulations. Lina Welch discussed WHS publications. A report about vocational school was given by Carol Caudill and Ivan Whitaker. A talk about wasting your time was given by Francine Eversole. Carole Brown tried to persuade them to not drop out, but stay in school. Melody Moore told them what it was like to be a freshman.

Steve Banks: Steve has been a regular for the past three years on the varsity team. He has played both the forward and center positions. In his sophomore and junior years he received All- District Honors including an All-Conference trophy last season.

Mike Polly: Mike has kept a starting role for his last four years at the guard and forward spots. He was honored with All-District and All-Conference awards last season and has a good shot at them again.

Wade Kirkland: Wade has been a part-time starter in his four years of varsity play at the guard spot. He has been the most unselfish player of the group, passing up shooting opportunities to hand out assists to other teammates.

Mike Hansel: Mike moved into his starting forward position this season after playing part-time his last two years. He is a consistent performer both offense and defense and is noted for his good, hustling play.

Mark Caudill: Probably the best outside shot on the squad. Mark has also been a spot starter since his freshman season. He has done a fine job of coming into the game and tossing in some quick buckets to ignite a Jacket rally.

Phil Amburgey: Phil has been on the varsity for two years, playing regularly last season for a letter, and this year seeing limited action due to an injury. Phil broke his leg before the regular season started, and is just now beginning to play.