On a beautiful Friday evening, Sept. 21, 1990, 26 lovely young ladies marched onto the WHS football field for the homecoming festivities .

Tension mounted in the air as the queen candidates were each announced. Then, the moment had fi- nally arrived . . . Miss Alicia Combs was announced queen for the 1990-91 football season. It was a sensational evening that will never be forgotten. Her escort was Joe Baker.

Alicia is the daughter of Matt and Brenda Combs of Linefork. She is a senior this year and is active in the volleyball and basketball programs. Alicia’s plans on college are undecided, but her major will probably be in economics.

On Thursday, Feb. 21, 1991, a buzz was in the air as 17 girls hurriedly got read for the night’s event. Basketball homecoming activities were to get underway at 5:30. Following the events was a double-header game. With a packed gymnasium, tension mounting, the girls hurriedly lined up as the band begun to play. As each girl met her escort at midcourt to meet an array of photographers, they were in anticipation of the crowning of the queen. 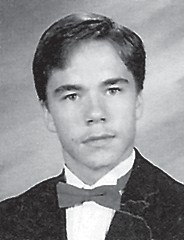 Everyone was relieved and excited as Nicole Adams escorted by Shawn Cook was announced to be the 1990-91 Basketball Homecoming Queen.

Nicole is the daughter of the late Ricky Adams and Peggy and Jerry Sturgill. Shawn is the son of Riley and Opal Cook. 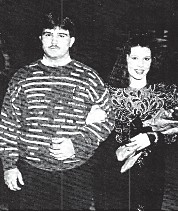 On Sept.16, 1990 the Jenkins Kiwanis Club held its 5th annual Mountain Car Show. There were seven entries from Whitesburg High School, Michelle Collins with her 1990 Firebird, Anthony Hall with his 1978 truck, Vanessa Hurt with her 1967 Ford Mustang, Amy Benton with her 1990 Eagle Talon, David Pack with his 1981 Chevy truck, Tracy Gibson with his 1988 Ford Probe, and Bobby Bentley with his 1979 Chevy truck.

Winners from WHS include (in their classes)