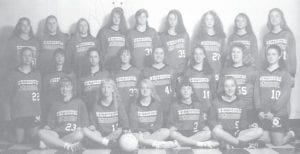 The honor of Mr. WHS was bestowed upon Aaron Kincer. He is the son of G.C. Kincer and Anna Craft. Aaron has been active member of the French Club and the Mock Trial team. His involvement in sports includes one year on the WHS basketball team as well as one year as Student Administrative Assistant for the girls’ basketball team. Aaron received the honor of attending the National Youth Conference in Washington, D.C. He plans to attend Georgetown College where he will pursue a career in medicine.

The honor of Miss WHS was bestowed upon Heather Collins. She is the daughter of Jerry and Vickie Collins. Heather has been an active member of the W- Club, Beta Club, and Young Christian Athletes. She has been on the WHS cheerleading squad for three years. She received the Jeff Mays Scholarship as well as a scholarship from First Security Bank. Heather plans to attend the University of Charleston on an academic scholarship where she will pursue a career in radiologic administration. 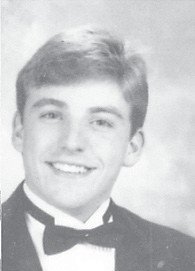 Senior Will, Part I 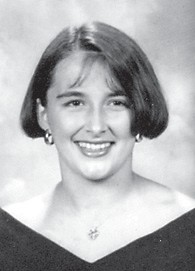 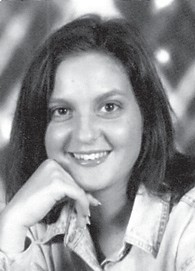 The honor of Miss Yellowjacket was bestowed upon Cathy Civis. She is a daughter of Jim and Diane Civis. Cathy has been an active member of the Beta Club, Youth Help Others, the French Club and the Pep Club. She has been active in sports with the Track, Cross Country, and Volleyball teams. After graduation, she plans to attend Pikeville College on a scholarship where she will pursue a career in optometry.

Cathy was chosen as Miss Yellowjacket based on character, leadership ability and scholastic standing.

This year Whitesburg High School welcomed Denise Aarago, a foreign exchange student from Brazil. While here, Denise formed many lasting friendships and was considered a valuable addition to our school. She was an important member of the volleyball team and was voted most loveable by her fellow classmates . 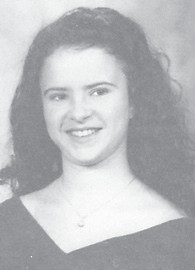 The 1994-95 Lady Yellowjacket Volleyball team was very successful during the regular season, compiling an overall record of 11 wins against only 4 losses. The Lady Jackets had their greatest success against the schools of Oneida Baptist Institute (Clay County) and Rowan County High School, defeating Oneida in three separate matches and Rowan County in two matches. The Lady Jackets remained undefeated on their home court this year.

All in all, the Lady Jackets had an excellent season and with the right “mental attitude” and self-confidence could have beaten anyone in the regional tournament. The Lady Jackets will only lose five players from this year’s 22-player roster and will have a different look for the 95-96 season.—Coach Leary. 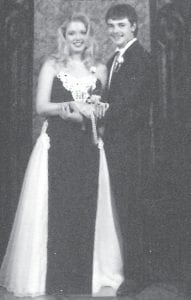 “Love Will Keep Us Alive”

The 1995 Junior-Senior Prom was held May 13 at 8 p.m., at the WHS gymnasium. The theme was “Love Will Keep Us Alive” by the recently reunited group, The Eagles. It was a magical night as everyone ate, danced, laughed, and had a wonderful time. Kris Watts and Chenoa Jones were crowned as this year’s Prom King and Queen. All too soon the evening was over and all that was left were the great memories.