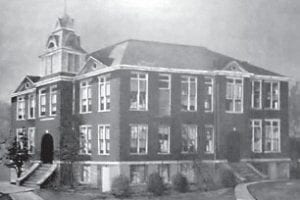 The Harris Award is named in honor of Professor H.H. Harris, who served as Principal of Whitesburg High School from 1919 until 1927. It is awarded to a senior boy by the faculty on the basis of leadership, character, and scholastic standing. This year’s recipient is Thomas Ison; W-Club 2, 3, 4; Pep Club 3, 4; Band 1, 2, 3; Jr. Science Club 2; Math Club 4.

What would you do? 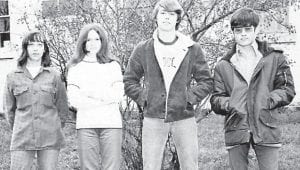 Some of the senior class students were asked what they would’ve done if they had their four years in high school to do over. Here are some of the answers: Teresa M, tried harder in the beginning; Homer C., quit; Burl C., taken harder subjects; Lina W., same thing; Darlene C., given everybody a harder time; Brenda C., changed my subjects; Brenda G., I wouldn’t have skipped as much; Janet S., tried out for cheerleader; Terri G., would’ve been more active with sports and the people at school; Deanie B., wouldn’t have taken Biology II; Jack M., would’ve have skipped high school all together and went straight to college; Lyle F., I would’ve studied more; Diane A., taken harder subjects; Joe C., taken more math and science courses; Tommy P., same thing; Cathy N., my homework; Mike T., same thing; Dwight P., drank more often, ran around with wild women; Lisa N., skipped more school; Jamie B., never taken math; Tucker B., would’ve had a better time; Randy B., I would’ve done the same thing; Willie H., probably quit; Mary M., nothing I would have changed. I loved it; Mike P., I would not have come at all; Debbie A., I would love to do it all over again; Karen C., tried harder my freshman year, and took it more seriously; Tam C., taken different subjects; Joe A., would have worked harder. 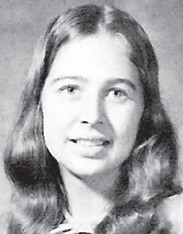 Four members of the Student Council met with Director of the School Lunch Program, Mrs. Billy Paul Collins; WHS principal, Mr. Jack Burkich; Whitesburg Junior High principal, Mr. Leonard Morgan; and Whitesburg Elementary teacher, Mrs. Truman Halcomb, to discuss ways to better school lunches. Many suggestions for improvement came up, most of which cannot be put to use until the grade school moves into their new building. The price of extra hotdogs and hamburgers however, was lowered from 15 cents to a dime. Mrs. Collins said that the students should try to arouse more interest in the lunchroom. 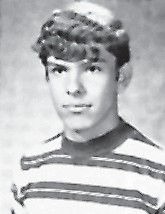 Tonight the graduating class of 1973 will be together for the last time at the West Whitesburg Elementary School. As the WHS Band plays the traditional “Pomp and Circumstance” this year’s seniors will march hesitantly to their long awaited diplomas.

Rev. Bill F. Mackey will give the invocation, followed by our Valedictorian Mitzi Mayes and Salutatorian Pat Ratliff Halcomb. Then, under the direction of Mr. Paul Anderson, the WHS Band will play, “A Folk Legend Overture” by Caudill.

Guest speaker Troy Eslinger, President of Lee’s Junior College, will be introduced by Mr. J.M. Burkich and at last but all too suddenly Mr. Boggs will present the diplomas.

Rev. James C. Erwin will give the benediction and another senior class will proudly walk out to face the world.

Phil Amburgey wills Mike Joseph the ability to play basketball on a broken leg in case he breaks his. Steve Banks wills his height to Duane Profitt and hopes he puts it to good use. Darlene Caudill wills her facial expressions and big mouth to Linda Webb. Francine Eversole wills her track uniform to anyone who promises to go to all the track meets. Pat Halcomb wills her ability to miss school frequently and still become salutatorian to anyone who can do it. Mary Martin wills her cheerleading uniforms to Medina Blair in hopes that she gets to try out and put them to good use. Mitzi Mayes wills her musical ability to Willard in hopes that he will soon make “A” Band. Cathy Newell wills her Betty Crocker Award to Billie Fairchild in hopes that she’ll learn how to bake a cake. Mike Tyree wills to Lonnie Tyree his long hair, sideburns and mustache. Tony Wampler wills his mustache to Donald Shackleford and hopes he doesn’t trip over it. Theresa Miles wills her ability to go steady with the same boy for two years in a row to Delana Watts with hopes that she will have a more meaningful relationship with her boyfriends. Debbie Miles wills her ability to go downtown without getting caught to Sandra Miles in hopes that she will keep it in the family. Lisa Nichols wills her pom-poms to Ambie Newsome in hopes that her father will let her put them to good use. Debbie Pack wills her David Cassidy pictures to Shannon Shepherd in hopes that she will keep adding to them. Penny Lucas wills her nursing uniform to Kay Hall even though she can’t get in it. Terry Hunsucker wills her good times and back seat on the bus to James Brock in hopes he will keep the wild times going. Thomas Ison wills his seat on the high school steps to the fat little rich kid.

On May 27, 1973, 135 WHS seniors flocked into church on the same night. Amazing! What was happening? It was Baccalaureate services at the First Baptist Church in Whitesburg.

The processional was played by Miss Virginia Goodwin. Our principal, Mr. J.M. Burkich, called us to worship. The invocation was presented by Rev. James Erwin of the Graham Memorial

Presbyterian Church in Whitesburg. The WHS chorus sang “At God’s Right Hand He Doth Stand.” After which Mr. U.G. Horn gave the announcements. The sermon was delivered by Rev. Bill Mackey of the First Baptist Church in Whitesburg. After that, the WHS chorus sang “ The Lord Bless You and Keep You.” The Benediction was given by Rev. Leon Wesley of the Whitesburg United Methodist Church. The recessional was played by Miss Virginia Goodwin.

President James Pennington is the son of Bobby and Della Pennington. He attended Whitesburg Grade School before entering WHS. James is active in football, track, student council and pep club.

Vice-President Trenda Sturgill is the daughter of Dennis and Flora Sturgill. She graduated from Colson Grade School. Besides holding a class office, Trenda is a member of the French Club.

Secretary Sondra Holbrook is the daughter of J.B. and Evelyn Holbrook. She is a graduate of Whitesburg Grade School. Sondra is a member of the Bible club and was a representative for the sophomore class in this year’s homecoming.

Treasurer T. Lee Pigman is the son of Audra and Anita Pigman. He, too, is a graduate of Whitesburg Grade School. Besides holding a class office, T. Lee is a member of the Hi-Y Club.