Ashley Cornett is the daughter of Gary and Sheila Cornett. She has been a member of the Bible Club for 4 years, Beta Club for 3 years, FCCLA for 2 years, the Interact Club for 1 year. Ashley has played volleyball for 4 years, softball for 3 years, tennis for 1 year, and was a girls’ varsity cheerleader for 2 years. She plans to attend the University of Kentucky and pursue a career in pharmacy . 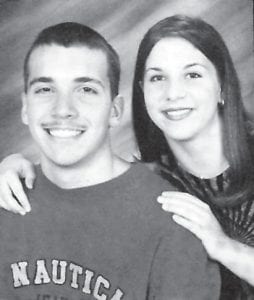 TaNeisha Pratt is the daughter of Erbie and Pam Pratt. She has been a member of the Bible Club for 4 years, Interact Club for 3 years, Beta Club for 3 years, and a Bible Club leader for 2 years. She has been a member of the yearbook staff for 2 years, and involved in Student Government for 2 years. She has also volunteered time at the local hospital for one year. TaNeisha has chosen to attend the University of Kentucky and plans to pursue a bachelor’s degree in the science of nursing. 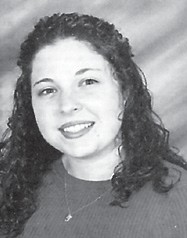 Willie Stewart, WHS Groundskeeper 1987- 2002. Confucius once said, “Choose a job you love, and you will never have to work a day in your life.” Perhaps this may not reflect Willie’s views on his days at Whitesburg High School, but anyone who ever stepped foot on the campus would never have thought otherwise. Willie devoted himself to beautifying the school campus. He arrived early and was willing to stay late if it meant improving the landscaping and outdoor maintenance of WHS. Anyone who met him was surely touched by his quiet and gentle demeanor. Although he was a man of few words, he inspired us to extend ourselves to higher levels of personal achievement.

Willie attended Hemphill Grade School and upon completion, he left Kentucky to begin work at Ford Motor Company in 1957. He lived in Amherst, Ohio with his wife, Wanda, and together they reared five children, Sheila, Sandra, Sabrina, Scarlett, and Sharon. Willie retired from Ford Company in 1983 and returned to Kentucky. He started work for the Letcher County Board of Education in 1987 until his retirement in 2002.

The Road to Rupp

It has been said that, “You were born to win, but to be a winner you must plan to win, prepare to win, and expect to win.” No better words could have been written to commemorate the 2001-2002 boys basketball season, as they made their first appearance in Rupp Arena in over 50 years. This long road was paved with many accomplishments, victories and successes. 14th Region All “A” Classic Semi-Finalist, 53rd District 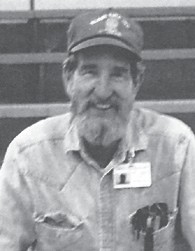 Champs, 14 Region Champs, 14th Region Player and Coach of the Year, 30- Game Winning Season, Top Scoring Team in the State, Top Choice in the WYMT Mountain Top Ten…and the list continues. Yet through all of these milestones, the pinnacle of the season came when Whitesburg made their debut in Rupp Arena and showed their reverence by kissing the floor. The glory did not end there, however. The sweet taste of success remained strong on their lips as they defeated Wayne County, 52-51, and became a member of the Sweet Sixteen Elite Eight. Upon reflection, as Robert Frost once wrote, taking the road less traveled proved to make all the difference.

(The above article from the 2002 WHS Yearbook.)

James Winston Lee was named a United States National Award Winner in History and Government. He was nominated by Rick Adams, his history teacher at Whitesburg High School, where Lee will be a senior next year. He is the son of Arlis and Cathy Lee of Mayking. He is a grandson of Wanda Collins of Mayking and the late Ralph Collins and Aubrey Lee of Knox County and the late Bernice Lee.

(The above article from the August 2002 Mountain Eagle.)