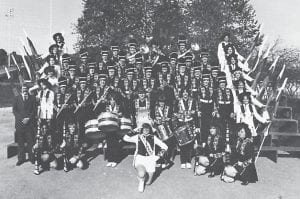 Pictured is the Whitesburg High School Band of 1979-1980. The Band Boosters raised $12,000 to enable the band to purchase new uniforms.

The Whitesburg Band has done what many people have stated was an impossibility. After many hours of hard work and frustration, the band was finally able to purchase new uniforms for the first time in 17 years.

In 1976, temporary uniforms were purchased until uniforms of a better quality could be purchased.

Last year the Band Boosters, with Ann Estep as president, set a goal for themselves. They decided that new uniforms had to be purchased if the band was to maintain its respect among other bands and directors. Their goals were high and many people stated that the large sum of money required to buy the uniforms would be almost impossible to acquire in such a small amount of time. But undaunted by these comments, the Band Boosters began planning projects which would enable them to reach their goal.

Once the planning was completed, hours of work from students, parents, and other concerned citizens began. Several local businesses were contacted about purchasing uniforms. Each business expressed great enthusiasm, and several donated enough money to buy more than one uniform. 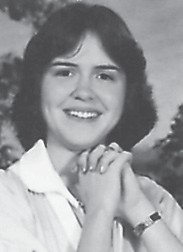 Each member sold candy and hand towels in which the band received 40 percent of the money.

Perhaps the most enjoyed fundraising event was the disco dance held at West Whitesburg, where everyone danced to the beat of loud music and flashing lights.

When the last project was completed, the total amount of money raised was $12,000. Therefore, this enabled the Boosters to buy 50 band, 12 flag, 4 rifle uniforms and 1 field director uniform.

The staff of WHS would like to welcome a new secretary, Sherry Rogers. Sherry, who is replacing Shelia Williams Sloane, has lived in Whitesburg all of her life. During her school years at Whitesburg High, she attended the Letcher County Vocational School where she was taught secretarial training. Upon graduation in 1974, she attended Morehead State University for two years. 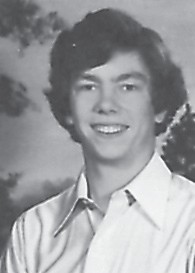 Sherry, who is a former lineperson for South Central Bell, is the mother of a 3-year-old girl, Rhiannon. Her hobbies include arts and crafts, sewing, and camping.

The Black Kat would like to wish Sherry the best of luck with her new job.

The Harris Award was named in honor of Professor H. H. Harris, who served as Principal of Whitesburg High School from 1919 until 1927. It is awarded by the faculty on the basis of leadership, character, and scholastic standing. This year’s recipient is Bobby Roe.

The Dugan Award was an award named in honor of Miss Ann Dugan, who served as the Home Economics teacher for 27 years at Whitesburg High School. The award was first presented in 1966 and was awarded on the basis of character, scholastic standing and leadership ability. This year’s recipient is Jackie Breeding. 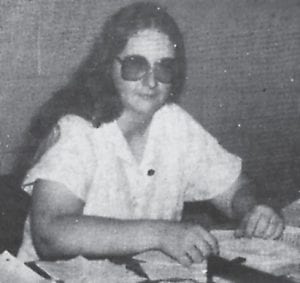