Mitch Whitaker was elected as president of the junior class. He is the son of Landon and Sybil Whitaker of Whitesburg. He is a member of the football team and the Math Club.

The vice-president of the junior class is Larry Owens. Larry is the son of J.B. and Mary Ann Owens of Whitesburg. His hobbies are drag racing and motorcycle riding.

Marlene Webb is the daughter of Larry and Donna Freeman of Jenkins. She has been elected as secretary of the junior class. Marlene’s hobbies are cooking, swimming, horseback riding and motorcycle riding.

Tim Boggs, the son of Harrison and Mae Boggs, Jr. has been chosen as treasurer of the junior class. Tim is a member of the Science Club and the Pep Club. His hobbies are swimming, playing basketball and motorcycle riding.

Greg Hogg was elected as president of the sophomore class. His parents are Jim and Doris Hogg. He lives at Roxana and his hobbies are motorcycles and swimming. Greg also keeps active by playing basketball and running track. 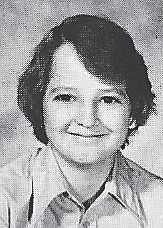 David Blair is the vicepresident. His parents are Carl and Helen Blair. He lives at 219 Alaska Ave. He enjoys swimming and motorcycles. David also plays on the basketball team.

Edwina Stallard is the secretary. Her parents are Eddie and Jenetta Howard. Her hobbies include tennis, boat riding and riding horses. She’s a big fan of Bob Seger and her favorite TV show is Love Boat. Her favorite season is fall.

The sophomore class selected Teresa Dunn as the treasurer. Her parents are Mervin and Reva Dunn. Her hobbies are swimming and boys. She likes Foreigner and her favorite show is Three’s Company. Her favorite season is summer.

Dale Bailey isn’t just another student at WHS. You may have seen his acting ability in the play “Raspberry Red” put on by the Drama Club. Now Dale has moved up to bigger and better things! He has an acting role in the movie “Coal Miner’s Daughter” starring Sissy Spacek and Tommy Lee Jones.

Dale, a freshman at WHS, is only 14 years of age. He is the son of Mr. and Mrs. Bob Bailey of Mayking. Dale is an active member of the Drama Club and the track team.

“It’s been no different,” Dale also said, “Working with celebrities has been a real experience. Fun. It’s fun!” Dale is planning on continuing his career in acting if he gets a chance. “If the producers like what they see in me when they put the movie together, it could be a start of a new career.”

Rain was in the forecast for the afternoon of March 3, but it didn’t dampen the spirits of 75 runners who showed up for the threemile Dry Fork road race which was sponsored by Whitesburg Runners Inc. An entry fee of one dollar was charged to enter the race with proceeds going towards the building of a running track for school and public use.

The race was scheduled to start at two o’clock in the afternoon at the Dry Fork shopping center and end at West Whitesburg Elementary. Runners registered one-half hour before the race. We would like to thank the Sheriff ’s Department deputy who watched the runners and made sure no one was hurt. He did a fine job of controlling the traffic around the runners.

The electrifying 11 strikes again! On a tensionstrained Saturday night in the Fleming-Neon gymnasium, the Whitesburg varsity cheerleaders were announced first-place winners in the district competition.

The cheerleading squads of all the county schools competed. On the night of our opening game in the district tournament the cheerleaders were judged on floor cheers, sideline chants, pompom routines, appearance, and general behavior. Along with a first-place trophy the cheerleaders received the right to advance to the regional competition!

(The above articles from the 1979 Black Kat Newspapers and the Yellow Jacket Yearbook.)