The Library Club was sponsored by Tessie Cornett.

Some of the members of the senior class of 1964 were:

Barbara Adams b. 5-17- 46. Sweetheart, Danny Wilson; Song, “P.S. I Love You”; Parting Advice, Eat, drink, and be merry because tomorrow you may have to pay all your senior debts; From the Senior Popularity Poll, Best in Voice. 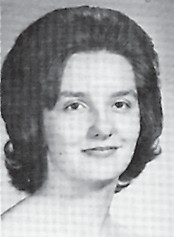 Janet Meade b.4-28-47; Sweetheart, Gerald Johnson; Song, “Everything to God”; Parting Advice, Get one of Mr. Gatton’s classes, he is the greatest.

Doug Profitt b.7-26-1946; Sweetheart, Bernetta Holbrook; Song, “My Heart Belongs Only to You”; Parting Advice, Do all that you can and not get caught while you’re able.

Alice Shepherd b. 8-5- 1946; Sweetheart, Bobby Holbrook; Song, “My Heart Belongs Only to You”; Parting Advice, Stay in school and don’t study too hard, have fun. 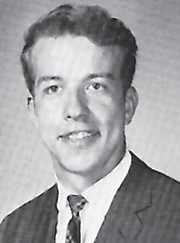 Leaving the school hill at precisely 1p.m. Sunday, May 3, the WHS seniors, sponsors and three faculty children settled down for a long ride. It was dark before we reached Natural Bridge, our first rest. We traveled on through the night, sleeping as we could on the buses, (we had four provided by Trailways) until dawn, when we were somewhere in New Jersey. We arrived in the Big City about noon and checked into our hotel where the boys were all put on cots in the basement and the girls were accommodated four to a room. After a very short chance to change clothes, we boarded the buses and went to the waterfront where we changed to a Circle Line excursion boat for a scenic cruise around Manhattan Island, under the famous Brooklyn Bridge, and near the Statue of Liberty. We were then herded onto buses provided by a New York City touring company with guides who pointed out places of interest and told about the history of the city. We saw from the bus homes of New York’s millionaires, Broadway, Spanish Harlem (the Puerto Rican portion of the city) and the actual scene of the filming of the musical “West Side Story.” 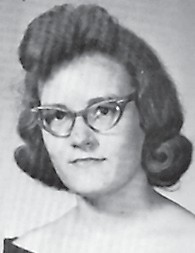 On foot that day, we saw the St. John’s Cathedral, Chinatown, and the Bowery. We went to the top of the Empire State Building in the world’s second fastest elevator (102 stories in 60 seconds). After dinner at an automat and cafeteria, the class went to Radio City Music Hall, and saw “The Pink Panther”, a comedy starring David Niven, and we also saw the famous Rockettes, a 36-girl dancing troupe. After a night’s rest at the hotel, we were ready for the highlight of the trip, the World’s Fair. Impossible to describe fully in a good-sized book, the fair was made up of pavilions or exhibits from most every state and foreign countries and large corporations such as General Motors, General Electric, Ford and Bell Telephone Company. We spent the entire day at the fair and at 12 midnight we started traveling to Washington, D.C. After checking in at the Stratford Hotel, we went directly to the FBI building for a tour of headquarters of the United States’ foremost law enforcement agency. Then was the Smithsonian Institute, the world’s largest museum. After a short stay there, we drove across the city to the Washington Monument. All went to the top, most on the elevators, but a few energetic seniors walked up and down. Then came a visit to Arlington National Cemetery where Gay Amburgey placed a wreath of flowers on the grave of the late President John Fitzgerald Kennedy. After this we went back to the hotel to dress for our visit to the Casino Royal, a Washington nightclub where John Gary was appearing. 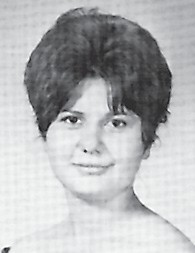 The Washington International Airport came next (approximately 1 a.m.) at which time we toured an Easter Airlines passenger plane. Thursday morning, our first tour was of the treasury building where money was flying everywhere. They make the stuff, but they’re pretty stingy with it. 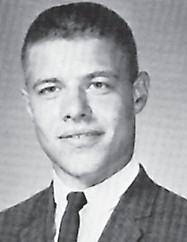 In the capitol building, our next point of interest, we observed a session of the Senate, the rotunda, and statues of America’s foremost leaders of the past. Following our capitol tour, we were taken to the White House and then to Mount Vernon, George Washington’s home. Next we went back to have our pictures taken in front of the capitol building. From there we went to visit the Wax Museum. After a meal at another cafeteria, we loaded the buses for our last event, the boat ride up the Potomac, following which we boarded the buses for a long ride home.

(The above articles from the 1964 Black Kat newspapers and the Yellowjacket yearbooks.) 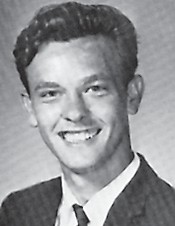 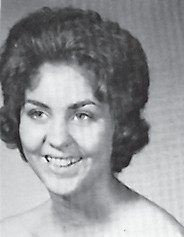 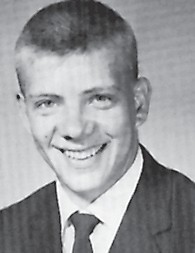 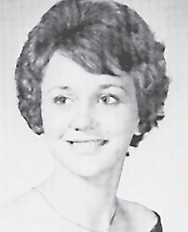 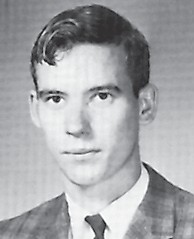 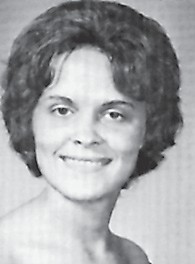 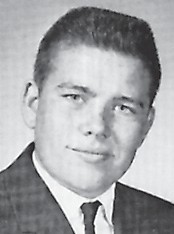