At WHS this year, the Yellowjackets have received numerous honors. Two students, Katherine Gish and Elizabeth Masters, were finalists in the National Merit Scholarship contest.

The marching band was third in the Prestonsburg Band Festival and received a superior rating at the McChesney Band Festival. Four band members, Betsy Adams, Leigh Adams, Karen Maggard, and Angie Miranda, were chosen to play in the All-Festival and All-District Bands. They also participated in the Morehead Band Clinic. 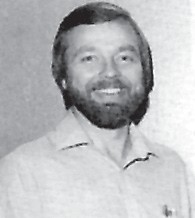 Diane Hylton was the school champion in the conservation essay contest. She is also the county champion as well.

Four members of the HOSA Club placed in state competition and earned the right to compete at the national level this summer. Elizabeth Howard placed first, Leigh Adams came in second. Anna Looney and Lisa Holbrook both placed third.

Karen Halcomb won the handicap essay contest at the state level and participated at the national event in Washington, D.C.

These are just a few of the many honors received by students at Whitesburg High School. In every way, the Yellowjackets triumphed in all types of competition.

More of the class will

On Sept. 26, the Future Homemakers of America- Hero Chapter attended a meeting at Buckhorn. Thirtysix WHS members attended. There were around 300 students and advisors attending.

The meeting was held at a church, which is a Kentucky landmark.

At first, all were assembled in the church where a speaker was heard. Later, each officer attended a special meeting for all elected officers. All of the WHS officers met with other officers from different schools. Those attending had a good time, and hope to take more trips in the future.

Snowy days mean school closings. Several days away from school and friends can mean boredom. We talked with several WHS students and asked them to imagine themselves in this situation: They are snowed in at home, and the stereo and television are both on the blink. We asked them what they would do for entertainment.

The boys’ basketball team has a new coach. A.H. Holbrook,

Jr. has taken over the job .

Holbrook will be coaching at his alma mater. He graduated from WHS in the top ten percent of his class, and later graduated from Morehead State University.

When asked why he decided to coach at Whitesburg, Holbrook answered, “Because I think I can do something with the basketball program here.”

Holbrook says he is looking forward to working with the team, and added, “I like a challenge. I like basketball, and I like the fact that basketball means something to the people of this area.”

Asked if he thinks he can improve the team’s record, he replied, “I’m not going to make any promises, except that they’ll learn basketball. They’ll learn team basketball. Usually, if you can get that out of a player, you will be successful.”

Holbrook emphasized defense. “Everybody practices offense.” He said the ’83 Jacket team will concentrate on defense and the fundamentals of basketball.

The new coach says the facilities at Whitesburg are not as good as at some of the schools where he has coached, but adds that a little paint can do wonders. He said he and the team “are going to try to make it livable.”

(The above articles from the 1981-82 Black Kat Newspapers and the 1982 Yellowjacket Yearbook.)