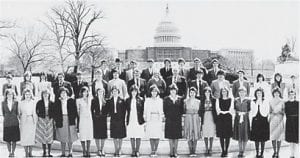 Two students from Whitesburg High School attended the 1984 Career Development Conference of the Distributive Education Clubs of America May 16- 20. The national conference was held in Kansas City, Mo., with over 6,000 students, advisors and guests in attendance.

Frank Maggard represented Whitesburg High School and Kentucky DECA in the Finance and Credit manual competition after winning third place at the state conference in Louisville.

Stephen Trent represented his school and Kentucky DECA in Finance and Credit-Competency competition after placing second at the state meet.

These two students participated in a series of interviews, role-playing situations and written exams. They were among over 5,000 students competing from every state in the nation. While there, they attended banquets, award sessions and special interest sessions. They also enjoyed touring parts of the city and visiting some historical sites. 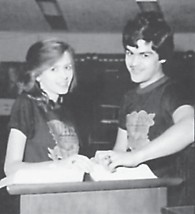 On the night of Oct. 8, 1983, Whitesburg High School held its annual Ring Dance. The night is set aside for the seniors to receive their class rings. The highlight of the evening was when it was announced that the class had chosen Chris West and Anora Sexton as Ring Dance king and queen.

On June 4, the 1984 graduation was held on the Whitesburg football field. The valedictory speeches were given by Dianne Hylton and Tabitha Mullins. Each gave words of hope and encouragement for the future of each graduating senior — stressing the fact that the “magic” of our last days at WHS was to be remembered as “not the end — just the beginning”. 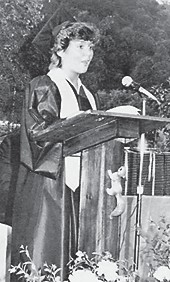