Friday night, immediately after the regional game, the varsity, junior varsity, and Cowan Elementary School cheerleaders left for Richmond, Ky. where they competed in the annual YMCA Eastern Ky. Cheerleading Competition. There were over 100 squads competing. All three of our squads gave a fantastic performance. However, they did not capture one of the top four positions. The trip was successful in showing the cheerleaders all the new moves. 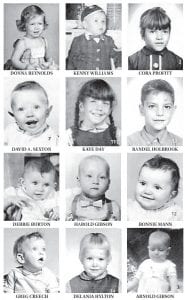 The Ring Dance took place Saturday, Nov. 11 in the cafeteria. Attendance was fairly high as the dance was open to all students, but only seniors could invite guest. All proceeds from the gate and refreshments went to the senior class.

An excellent band, Image, formerly Rege Rising, performed from 8:30 to 11:30. Midway through the festivities the Ring Dance King and Queen, Randy Watts and Paula Kirkland, were crowned. The dance floor was turned over to them for a solo dance as part of the honor. 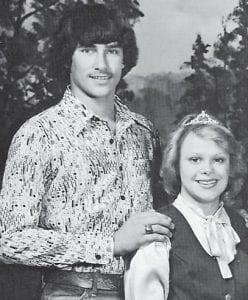 The event that had drawn everyone there, the presentation of senior rings, occurred sporadically throughout the evening. Miss Whitaker and Mr. Sexton, who gave out the rings, did a fantastic job of keeping the seniors on pins and needles.

No doubt, everyone has had a senior ring flashed under their nose every day since the Ring Dance. Hopefully, the excitement will soon die down and the seniors of WHS will once again be able to keep their hands at their sides.

The Drama Club, which was formed last spring, is working on its new production entitled “Raspberry Red.” It is a comedy set in the 1920’s era, which satirizes the problems of teenagers.

About 15 students are working on the play under the direction of Mr. Henrikson, the Drama Club’s sponsor. The tentative presentation date for the new production is late November.

On Friday, Nov. 10 1978, the Whitesburg High School Yellowjackets ended the 1978-79 football season with a loss to Pikeville in a Regional Playoff game. The score was 21-8.

The Yellowjackets lost in a gallant way, to Coach Hillard Howard, a former WHS student and football player. Although the final margin was 13 points, the Jackets played a tremendous game. Mike Couch, a WHS senior, gained over 150 yards and scored Whitesburg’s only touchdown. He also received credit for the extra points on a reception from quarterback Jeff Gose. This was Mike’s best game of the year. William Gibson also had his best defensive game of the year with 15 tackles and 7 assists. As all football fans know, 15 tackles in one game is unheard of in high school football.

All of the WHS Yellowjackets deserve a great deal of credit for the effort that was put forth throughout the entire season. Congratulations Jackets.