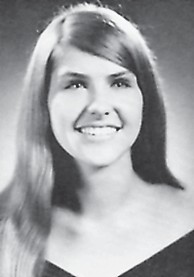 Three students at Whitesburg High School have been named semifinalists in the 1968-69 National Merit Scholarship Program.

Whitesburg Principal J. M. Burkich said each of the students had been outstanding at the school and has been a credit to the school and the community. 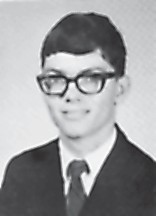 Jimmie is a member of the Beta Club and played football for two years until a leg injury sidelined him.

The three Whitesburg students are among 15,000 semifinalists named across the nation. They will compete for 3,000 Merit Scholarships to be awarded in 1969.

One hundred seventyfour seniors at Whitesburg High School will receive diplomas at commencement exercises next Friday, May 30.

Roger L. Wilson, vicepresident for student affairs at Morehead State University, will make the commencement address. Wilson is former principal of Jenkins High School. He is a graduate of Eastern State University and the University of Kentucky.

Baccalaureate services will be held at 8 p.m. Sunday, May 25, at the First Baptist Church. The Rev. James Erwin, pastor of Graham Memorial Presbyterian Church, will deliver the sermon.

Miss Ison was named this week as the winner of an award from Reader’s Digest given annually to students who by their successful school work give promise of attaining leadership in the community.

Whitesburg goes to Harlan Friday to play the James A. Cawood team, following the Yellowjacket’s 34-0 victory over Wheelwright.

After a slow start due to penalties in the Whitesburg-Wheelwright game, Whitesburg bounced back in the second quarter to turn a close game into a romp.

The first half was a series of bad breaks before Whitesburg turned the tide and scored two touchdowns late in the second quarter.

Whitesburg’s defense was superb as they held Wheelwright to zero yards rushing in 20 carries and only three first downs as compared to Whitesburg’s 406 yards in 53 carries.

George Adams, Joe Hunsucker and David Wright tied for the lead in tackles with Arnold Amburgey close behind. 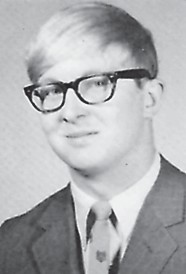 The outstanding defensive play was made by defensive end Emory Kirkland, who played off a blocker to catch Wheelwright’s fullback Harris in the end zone for a safety.

(This article from The Mountain Eagle.)

The Whitesburg High School Band will give a spring concert Sunday, May 11, in the grade school auditorium at 3 p.m.

Various composers will be heard during the concert with both popular and classical music to be played.

Selections will range from such popular tunes as “Windy” and “Spanish Flea” to Wagner’s “Processional March” from Die Meistersinger. “The Surprise Symphony” by Franz Joseph Hyden also will be heard.

The band has participated in several events during the year, including the Eastern Kentucky University Band Day, the Miss Letcher County Pageant, and the Letcher County Day Parade.

(The above articles taken from the May 1969 Mountain

Coldiron served as captain of the Whitesburg High football team, was a member of the all-Eastern Kentucky Mountain Conference first team and received allstate honorable mention.

He has been president of the Hi-Y Club, secretary of the Future Teachers of America, and a member of the W-Club, Photo Club, Science Club and Student Council.

He is the son of the former Ginny Combs of Whitesburg.

Whitesburg opened its 1969 football season with a 47-6 loss at the hands of the Belfry Pirates. Belfry’s Roy Brogar returned a first quarter WHS punt 65 yards for a touchdown. Whitesburg fumbled on the first play following the kickoff with Belfry recovering. A short time later, senior tailback Cap Woods scored Belfry’s second TD from four yards. He later scored on a run of 53 yards and a 40-yard interception return.

Whitesburg’s only score came when senior halfback Brian Moore went 15 yards with a Belfry fumble. Other Belfry TDs were a one-yard sneak by quarterback Gary Layne, a 20-yard run by Ben Hubbard, and a 27-yard pass from Charles Frazier to Gary Hensley. It was a bad night for the Yellowjackets.

Labor Day, Whitesburg has its home opener with Wheelwright. Game time is 8 p.m.

(The above article appeared in the Letcher County Community Press Aug. 28, 1969.)

The annual Whitesburg High School Athletic Banquet, honoring all school letterman, will be held in the Whitesburg School Cafeteria Saturday night, May 3, 1969, at 7:00. Tickets can be purchased from the school, Dawahare’s, Quillen Drug and Family Drug, until Friday noon, May 2.

The speaker of the evening will be Mr. Roy Kidd, head football coach at Eastern Kentucky University. Mr. Kidd began his football career during his high school days at Corbin in the late 1940’s. He played college football at Eastern. As head football coach for 6 seasons at Madison High School he had an impressive 54-10-1 record. He was voted Coach of the Year in 1961 when his team was ranked No. 1 in the state all season.

In 1962 he accepted an assistant coaching position at Morehead. He returned to Eastern as assistant coach in 1963 and was named head football coach in 1964. During the next four years he guided the team through steady improvement and a post-season win at the Grantland Rice Bowl and earned the Mid-East Region title for his team.

Coach Kidd is married to the former Susan Purcell of Richmond and they have three children.