The Student Council has really been working so far this year. They have had three meetings.

At the first meeting, Sept. 18, the Council discussed doing away with Study Hall and having a free period. A longer lunch period was brought up and there is a committee to see Mr. Burkich about it. The Council is going to sell jackets for all students at WHS, but is undecided at the present what kind is going to be sold. They are also going to have a meeting with the Superintendent to discuss security lights that have been approved for two years and have not been installed.

At the second meeting, Oct. 1, a committee for the lights was made, as follows: Steve Frazier, Nancy Maggard, Regina Niece and Rachel Breeding.

They also talked about the lunch meals having a choice of foods and better all around meals. They decided that someone should check out the lunchroom conditions. They are as follows: Debbie Hammock, Viva Holland, Cecelia Collins and Gina Howard. 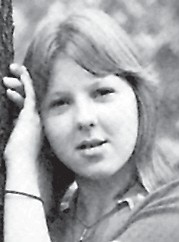 They discussed having longer lunches or getting out of school earlier. They talked about a student lounge and getting smoking permits to smoke outside instead of in bathrooms.

Their 3rd meeting was held Oct. 27. Mr. Burkich attended this meeting at the invitation of the Student Council.

They discussed the jackets for the student body again and are planning to call Ky. Sporting Goods. They would like to take advance orders.

It was decided that jackets cost too much and that they need to find a cheaper source or forget it.

Mr. Burkich asked the Council if they would be willing to take concessions at one or two of the ballgames to help pay for some of their expenses.

They asked for a Student Lounge at the top of the high school building, but it’s condemned; they discussed other possible places but none was found.

The Council recommended that air conditioning should be in the cafeteria by prom time. Mr. Burkich said that he would check on it. 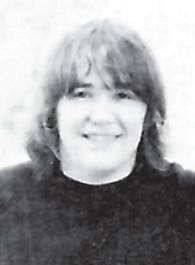 Mark Larkey, Bobby Roe, and Vince Yinger, Scouts in Troop 9 of Whitesburg sponsored by the VFW Post No. 5829, have earned the new World Conservation Award announced by Arthur Leach Camping Chairman of the Lonesome Pine Council.

The award is made by the World Wildlife Fund of Washington, D.C. through the Boy Scouts of America and recognizes achievement in environmental improvement, natural resource conservation, and an understanding of world conservation problems.

On Sept. 30, the senior class met in the cafeteria to order keys. A representative from the Herriff-Jones Company was there to help them decide what kind of key to order. There were several different types including a key keeper, a key chain, a necklace, a bracelet and a key pin. There were two styles to choose from this year, the traditional, which has the school colors and crest, and a special bicentennial design in red, white, and blue celebrating the spirit of ’76. The seniors are eagerly looking forward to receiving their keys. 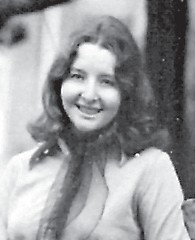 The prizes will be in any time now. Mr. Polly, who was in charge of the drive, said that another fund raising project was being discussed.

We predict that Claudette Bentley will be a famous teacher who abolishes homework and extends recess.

Donna Bentley will be- come an Avon salesman and will model for Teen magazine.

Moving to Washington, D.C., Gary Bird decides to become a policeman on horseback.

Donna Blair will become an elevator operator even though it hurts her stomach when it stops.

Diane Boggs wins the title of “Miss Cowan” and travels all over the country.

Brenda Absher is the first lady preacher in Letcher County.

Judy Amburgey becomes the first policewoman in this area. She resides in Ermine.

Dicky Banks will hide in the hills of eastern Kentucky as Robbing Hood.

Sam Banks becomes the first President from Kentucky. He was elected by winning a Math Contest. Ola Cornett is the First Lady.

Jay H. Bates, the famous bootlegger, gets put in jail for the 100th time on New Year’s Eve by Sheriff Richard Brown. Brown rides a black and white 750 Honda and wears a flashing red helmet.

Debbie Collins will buy a cigarette company and will name her new cigarettes “Debbie’s Delights”.

Anthony Cornett goes to see the President in Washington and is shocked to find out Coolidge has been dead for many years now.

Evelyn Crawford, famous veterinarian, is in charge of Blueboy, the famous racehorse that woman jockey, Joan Hall, won the Kentucky Derby with.

First female Principal at WHS, Rachel Breeding is so lazy that she whips students with an electric paddle.

Judy Day will become a nun. Her nickname will be “the singing nun.”

Daveena Sexton was chosen winner of “What Our Bicentennial Means to Me” contest on Dec. 1, and will represent Whitesburg in the District Contest.

Daveena is the daughter of Mr. and Mrs. David M. Sexton of Sandlick. She is an active member of the Math Club, French Club, Folk Dance Club, F.T.A., Tri-Hi-Y, Black Kat Staff, and plays the flute in the band.

She was chosen from five other taped speeches by a committee consisting of Mrs. Breeding, Mrs. Wampler, Mr. Roe, and Mr. Henrikson. The contest was coordinated by Mr. Ison.