The French Club met Nov. 18. They drew for secret angels and planned for a Christmas party.

Secret Angels is an activity the French Club participates in yearly. It is where each person draws a name. Then for three days before the party the member gives the person they drew small gifts, like a candy bar or a small stocking filled with candy. On the day of the party the secret angels are revealed and presents are exchanged.

In efforts to help keep your heart healthy through exercise, the American Heart Association has formed a fundraiser to fight against heart disease and stroke. This fundraiser was done on Oct. 13-16. The first, second, and third period Physical Education classes participated. They jumped rope divided on teams. They jumped a total of 45 minutes a day. The top team raised $131. The top fundraiser was Shawn Cook with $74 and the runner up was Charlotte Collier with $70.50. The teams together raised a total of $610 in the combined days. 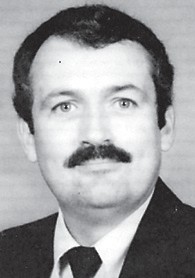 On April 9, 1988, a group of 32 WHS seniors, who were accompanied by four chaperones, Mr. and Mrs. Treece, Mrs. Napier, and Miss Whitaker, left for an exciting trip to Florida.

The seniors and their sponsors enjoyed a wonderful time seeing the many sights and attractions in Florida. Staying at the Host Inn in Orlando, the group experienced the adventures and fantasies of the Magic Kingdom and the hope of the future of Epcot Center.

After a tour of the Kennedy Space Center, the group of seniors finally arrived at the Casa Del Mar for their last day at Ormond Beach! On April 14, 1988, the group departed for home filled with memories that would never be forgotten.

Robert Profitt found out that Jimmy Arthur is his half brother; he has never been the same. Missy Bledsoe killed Kirby, and replaced Dr. Ruth as a sex therapist. Mike Gilliam, the first deserter in Army Reserve history, is now in the mental institution for claiming to see a troop of flying pink elephants. Becky Baker and Stephanie Sexton give up Morehead after two years and become a famous strip duo. Keith Sparks dropped his law career and is now modeling underwear for Sears. Billy Collins, devout husband, has no prophecy because his wife would not allow it. Missy Childers dumped Danny and became lead singer for the Air Force band. After playing a hated soap opera study, Missy Amburgey returns to eastern Kentucky and now works for KET. Joseph Estep, after 10 years of weightlifting, is now in the running for Mr. America. Boyd Starnes is now the pastor of the First Baptist Church in Whitesburg; the deacons are Keith Smith, John Madden, and Kevin Huff. Stephen Combs was never heard from following graduation. Some say he went to Afghanistan to become a freedom fighter. Frankie Jenkins and Anthony Lucas are now head of the PTL. Donald Collier challenges for the heavyweight title. He next fights Mike Tyson; Donald is the favorite. Jim T. Whitaker has replaced Sylvester Stallone and is now starring in Rambo XII “The New Breed”. Michelle Johnson is now the adopted daughter of Mrs. Connie Lester. Marty Holbrook was last seen under the hood of his Trans Am. Raymond Bentley is now the new Bud Light party animal. Mindy Ryan found a place in the record books. She is in the Guinness Book of World Records for the world’s largest Hogg farm. Jennifer Stansberry marries Randy, becomes a medical technologist and finds a cure for the AIDS epidemic.

The WHS Drama Class’s two performances of “Voices From the High School” were sold out completely as both public and student audiences crowded into catch the brilliant scene set before them on a bare stage.

Each scene dealt with one thing each student has gone through. Looking past the moral of the play, the acting was fabulous and everyone is saying the highlight of the play was “Jerry and Harry” played by William Ison and Stephen Combs. Both were hilarious and receive raves from student friends and strangers. The entire Drama Class should be congratulated for their fine performance.

The Drama Class will soon start rehearsal on a new play for spring.

Mr. Darrell Treece is one of the many new faces at Whitesburg High this year. He was a former principal of Henry County High School, New Castle, and Powell High School. Mr. Treece tells us that he really enjoys the friendly cooperation that he has received from the faculty and student body.

Mr. Treece also says that we will be allowed to have class tournaments and dances.

Amy Collier placed 2nd in written proficiency on the 4th level. Shawna Benge placed 1st in listening profi- ciency on the 1st level and went on to state to compete.

Pancake Day Saturday, Nov. 2, 1987, was sponsored by the WHS Booster Club. All proceeds will be going for new record players for the student center. The students held a contest to see who could sell the most tickets. Seniors won first place. They sold 662. Sophomores were second place. They sold 621. Juniors were at third place, selling 317.

They took a break to watch Whitesburg High and West High play a football game. Then at 4 p.m. they opened again until 7 p.m.

(The above articles from The Black Kat Newspapers and the 1988 Yellowjacket Yearbook.)