This year Whitesburg High School did their float as a Sailboat. Its title was Success Begins in the Mountains. Mrs. Roark was the leader and organizer, Mrs. Thomas spent her planning periods helping, Mr. Holbrook did all of the measurements, Mr. Roe helped with organizing, Mrs. Barker helped buy materials, and Mr. Richardson and his shop class helped build the float.

Special thanks go to Candace Meade for setting up, painting, and helping organize things. Thanks goes to some of the students who stayed after school to help on the float: Karen Short, Kem Brown, Tammy Caudill, Bunny Dollarhide, and Mrs. Roark’s art classes.

Mrs. Roark would like to say thanks to all of the students that helped organize our float and make it one of the best in the county. 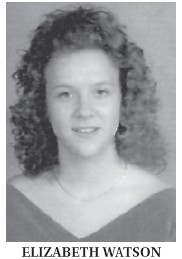 First we discussed what needs to be changed, such as more benches around the school grounds, ashtrays for those students who use the smoking area, and more extracurricular activities during school hours.

On Nov. 19, Eastern Kentucky University provided an opportunity for high school students to participate in “Colonel for the Day.” This program consisted of around 300 students, including the EKU marching band, who performed at the Eastern- Morehead game. Two students, John Chris Hylton and Dan Brennan, represented the Whitesburg High School Band during the festivities. They practiced along with the rest of the band, and then proceeded to march to Hangel Field where they played the “Star Spangled Banner,” and “Hail, Hail.” They were scheduled to perform at halftime but due to inclement weather, they were unable to march. However, they played an assortment of songs from “Phantom of the Opera” beneath the stands at Hanger Field. Even though they were not permitted to perform, both had a good time and considered it a valuable experience! Whitesburg over Cordia in both categories of competition in December

Renato Lopez is the newest member of Whitesburg High School. He is a foreign exchange student from Costa Rica. He is a Senior and will be staying for the rest of the school year. He lived with the Wrights of Thornton when he first arrived. Now he is living with the Crawfords of Whitesburg. We welcome Renato and wish him the best of luck.

Class Will – Part I

I, Donna Brown, will my ability of being daddy’s little angel and getting along with everyone to Shelley Cook. I, Mark Caudill, will my height to Scott Boggs because he needs it. I, Craig Ison, will my parking space to Joe Baker; but be careful, It’s right beside Mr. Jones. I, Beth Shepherd, will to my brother Everett a girlfriend, unlike the others who have made him feel unloved and disrespected. I, Dale Thomas, will my ability to throw an average of two interceptions per game to Lenville Bates. I think it will be a turn for the better. I, Mike Burton, will Heather Swisher the ability to make Mike McCall paranoid while dipping Skoal in class. I, Renee Sexton, will my ability to fight and win to Dana Patterson. We, Karen Short and Tracie Boggs, will our ability to stay on the elevator on the Senior Trip and not get off on the 9th floor to Nikki Williams and Jennifer Short.

(The above articles from the 1988-89 Black Kat Newspapers and the Yellowjacket Yearbook.)