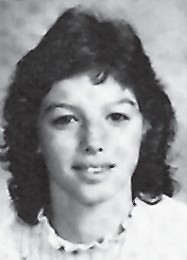 How three generations deal with life’s day-to-day decisions is the theme of a play to be performed this weekend by the Whitesburg High School drama class.

“Gift of Choice” will be performed at Appalshop Theater in Whitesburg at 8 p.m., May 3-4.

The play was written by Whitesburg students Melissa Reedy and Jeff Sergent, and stars a cast of 11.

The play is set in a country store which has belonged to one family more than 100 years and looks at goings-on inside the store which affected the family at four different points over the last 80 years.

“It’s really a play about family interaction and the connectiveness to one place,” said Jeff Hawkins of Appalshop, who helped the class write and develop the play.

One of the play’s central characters is Grandma, who at 83 still runs the old store. Grandma’s son has married and moved to the city, but his children, who are high school age, have come to the old homeplace to stay with her for two weeks. 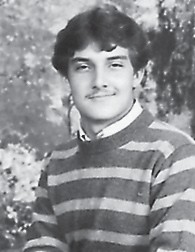 The children, who are still trying to decide what they want to do the rest of their lives, compare Grandma’s life to life with their father in the city and use the information “to see if they can make a decision of their own,” said Hawkins.

Several of the characters in “Gift of Choice” are played by students who performed in last year’s successful drama class production of a play entitled “In Ya Blood.”

“Gift of Choice” also features four original songs which will be performed with a piano, banjo and guitar.

The drama class is taught at WHS by Connie Lester. Appalshop’s Hawkins, Robert Engle and members of Roadside Theater work with the class through a grant from the Kentucky Arts Council and Letcher County Arts Council.

The class will travel to Louisville May 17 to perform the play at the Kentucky Center for the Arts, which is sponsoring an “Imagination Celebration” for arts in the schools.

Admission at Appalshop Friday and Saturday is $3 for adults. Persons wishing more information should call 633-0108.

The Harris Award is named in honor of Professor H.H. Harris, who served as Principal of Whitesburg High School from 1919 until 1927. It is awarded to a senior boy by the faculty on the basis of leadership, character, and scholastic standing. This year’s recipient is Tracy Frazier.

The Dugan Award is an award named in honor of Miss Ann Dugan, who served as the Home Economics teacher for 27 years at Whitesburg High School. The award was first presented in 1966 and is awarded to a senior girl on the basis of character, scholastic standing and leadership ability. This year’s recipient is Cheryl Mullins. 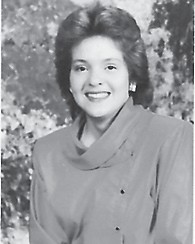 DEANNA BOGGS was awarded the honor of becoming a member of the Honorable Mention All- American Cross-Country team. She is only the fourth runner from Whitesburg High School to be placed on an All-American team and is the first ever junior to become a member of this highly honorable team.

Boggs’s running career can be stated as just beginning, but by judging from her finishing times and places; it would seem she has been running all of her life.

Last year, just three weeks before the Regional Meet, Boggs made the decision to try running. She did not only try running, but she seemed to take command of the sport from the start. Boggs could be referred to as the “Cinderella” of Whitesburg, as she won the first meet she ever participated in. In the Region she finished second, only behind All-State Monick Wampler and then in the State Meet she finished in a remarkable 19th position.

This is just the beginning of her running career. That same season, in track, she was Regional Champion in the 800-meter and two-mile competition, and Regional Runner-Up in the mile. In the State Sectionals, Boggs came home with three championships under her belt, winning the 800-meter, mile and 2 miles.

This season opened with her being the number one runner on the girl’s varsity team and a definite All-State contender. Congratulations to Deanna for her recent achievements, and good luck to her and her teammates in their winning seasons to come.

What did you do over summer vacation?

Tammy Boggs – Went to VICA National, to Ohio, Pigeon Forge and swimming. Angie Mullins – Went to Southfork and saw Marty. Tonya Combs – I’ll never tell! Mishel Sturgill – Went to Daytona and swimming, got my license, and just had a great time. Mrs. Garrett – Taught summer school, went camping, and babysat with grandchildren. Teresa Whitaker – I stayed up late at night. Watched our cabbage take the blight, dreaded school, and enjoyed vacation. Then I had to come back to get more education. Joe Roberts – Went to football camp, ran around, and went diamond hunting in Australia. Robbie Swagert – Went swimming, fishing, and football camp. Lou Eversole – Waded the Amazon River to find out if there really was piranha in it. Other than that, not much. Robert Carter – Went to Tennessee and spent a month on a big farm. Also went to Pikeville. Angie Lewis – Eat and sleep and eat and sleep. Did I gain weight? Heck no! Still weigh 97 pounds. Marsha Bailey – Went to Europe, Kings Island, movies, and running around. Carolyn Sturgill – Spent my summer in North Carolina. Ronna Looney – Ran around with James Richard Baker. Patty Morgan – Went to summer school and spent some special time with Donald. Julia Marcum – Spent the summer cleaning my room. Carrie Perry – Laid in the sun and wrecked the car looking at guys. Michael Howard – Went fishing at Cherokee Lake and went to Gatlinburg. Vickie Gibson – Spent two weeks in Indiana and went swimming. Stephanie Meade – Went to summer school, camping, and just had a real nice time. Melissa Tolliver – Watched Carcy go mad on the Guiding Light, ate pizza at Domino’s, and took a shower the day before school started. Rebecca Bledsoe – I enriched my mental capabilities by watching Captain Kangaroo and the Smurfs. Terenia Standifer – Went to Myrtle Beach and the Smokey Mountains. That’s about all. Barbara Williams – Went visiting in Michigan. Grady Fields – I went swimming and played basketball. Kim Looney – Went to New Orleans and watched the boys. Georgia Niece (Dickerson) – Went and got married.

(The above article from the Nov. 7 Black Kat.)