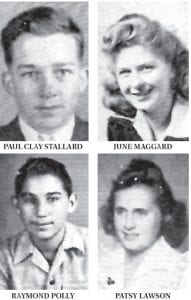 WHS seniors will present their play “Papa Says No,” a three-act comedy, on Tuesday night, May 4, in the school auditorium. Exciting results are bound to occur when wealthy, dictatorial Mr. Page (Cecil Webb) decides to end his daughter Janet’s (Nell Vermillion) romance with Jack Prescott (Steve John) by taking her for a trip to Florida. From there it will be an easy step to send her to South America for a year’s stay with his brother. But, when Jack finds out what is happening, things begin to look complicated for him. Jack takes a plane to Florida. Upon his arrival he enlists the aid of his college friend Pete Carter (Charles Blair). To prevent Mr. Page knowing he is there, Jack masquerades as a waitress in the hotel coffee shop. Here is a plot on which surprise piles upon surprise until you wonder how this complicated mixture of comedy and farce can ever be untwisted. Other seniors having rolls in this play are Patsy Ann Fields, Rosalie Collins, Paul Clay Stallard, Raymond Lee Polly, Norma Ruth Bates, Nadine Raleigh, June Maggard, Wilma Fay Sumpter, Kirby Ison and Anita Codispoti. For weeks after this production “Papa Says No” will be the byword in the community. Be sure and be there so you will know why “Papa Says No.” 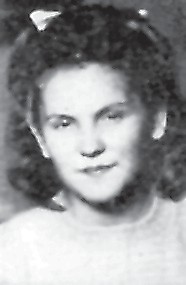 At the regional contest on Friday and Saturday, April 23 and 24, at Pineville, in a very closely judged contest of Glee Clubs, choruses, piano and vocal solos, Whitesburg School won six Excellent, two Good and one Fair ratings. There were more than 300 boys and girls from the following eastern Kentucky towns, Hazard, Whitesburg, Lynch, Loyal, Harlan, Corbin, Williamsburg and Middlesboro.

Whitesburg may well be proud of the honors received by the musical talent of our school. Each participant worked earnestly in preparation for the contest and the teachers are proud of their performances. It is really encouraging to our community to observe the unusual interest shown by our music students. This progress points to the musical awakening which Whitesburg has been undergoing and which will result in better music opportunities and greater art enjoyment in the future. The Junior Chorus, composed of 58 boys and girls from the seventh and eighth grades, created much attention and was highly complimented by the judges and awarded an Excellent rating. This was the first contest this group has entered. The High School Girls also won an Excellent rating. The first trio composed of Patsy Ann Fields, Jennie Combs and Rosalie Collins was given Excellent ratings. No Superiors were given in the trio division and Whitesburg was chosen as highest by the judges to represent this region in Lexington. Soloists receiving excellent ratings were Patsy Ann Fields, Rosalie Collins and Nona Combs. Piano soloists receiving Good were Martha Ann Holbrook and Jane Raleigh Lewis. 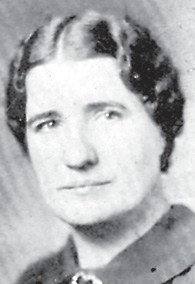 Congratulations are offered to all these students who did their parts so well that those who heard them thought they were just about superior, even though the judges thought otherwise. Anyway “the reach must exceed the grasp, what’s a heaven for?” So, these boys and girls have much to work toward in the hope of receiving Superior ratings at the next regional contest. The first trio and the Girls’ Glee Club will go to the state contest in Lexington on May 7 to represent Whitesburg High School.

The above articles from the April 29, 1948 Mountain Eagle. Whitesburg School closes

Closing exercises for the High School of Whitesburg were launched on Sunday when the baccalaureate sermon to the graduating class was delivered by Rev. Ernest Wilson, of the Presbyterian Church, in the school auditorium.

The Processional and Recessional was furnished by Miss Jeanette Lewis. Special music selections were rendered by Miss Rosalee Collins and the school Glee Club. On Tuesday evening, May 18, Class Night was observed by the senior class with an address by Billy Sumpter. Cecil Webb, Jr. gave the Class History and Nell Vermillion the Class Prophecy. Norma Ruth Bates was Giftorian. The Class was presented by Wilma Faye Sumpter.

An added entertainment feature of the program was “Pseudo-Instructors” by members of the senior class.

The musical program for the evening was given by the Senior Class, under the direction of Mrs. Millard Tolliver, and included the song “Senior Classmates” by the class.

Two graduates, Wilma Faye Sumpter and Cecil Webb, Jr., received the Danforth leadership award, the book “I Dare You,” for the senior boy and girl chosen for leadership.

Commencement exercises for the graduating class of the high school, numbering 79, were held on Wednesday evening, at 7:30 p.m., with Dr. L.G. Kennamer, of Eastern State Teacher’s College, addressing the graduates in an inspiring and timely talk, reciting outstanding virtues of many characters in the ancient history of Greece and Rome, such as courage, fortitude, perseverance and faith in God, and admonished the graduates to acquire and use these fine prerequisites toward achieving an abundant and successful life as their goal.

The Salutatory was given by Wilma Faye Sumpter and the Valedictory by Nell Vermil- lion. The diplomas were presented by Supt. Miss Martha Jane Potter.

The Invocation and Benediction were offered by Rev. Paul Steward of the Methodist Church. Hugh Adams, as pianist, gave the Processional and Recessional.

Special music included a solo by Patsy Ann Fields and selections by the Glee Club.

The wild blue yonder over the Bluegrass has become the part-time classroom for 42 University of Kentucky students currently taking the new University flight training course offered by the college of engineering. Among the students enrolled in the course is Stephen J. Cornett Jr., son of Mr. and Mrs. S.J. Cornett Sr., Whitesburg. A graduate of Whitesburg High School, he is a senior in the UK College of Education.

“Winged Wildcats” is the name given to the 42 trainees by their instructors because of their spirit and will to learn to fly. Their first lesson is a training hop with an instructor. During this hop the student is shown the operation of all controls and is given a chance to “feel them out” for himself. Later training covers the more intricate workings of specific controls and after the trainee has spent an average of eight hours in the air he is ready to solo.

Whitesburg sports fans enjoyed their first thrill on the newly lighted football field on last Friday night — Whitesburg defeating Wayland by a score of 31 to 0. One of the largest crowds ever to attend a local game turned out — the local fans demonstrating that they are backing local teams in sports events. The bleachers were just a beginning for the large crowd attending and already the athletic association is planning to add more seats.

On Friday night another game is scheduled between Prestonsburg and Whitesburg and sports fans will again have the opportunity of seeing the local team in action. Admission will be: Adults $1, and children, fifty cents.