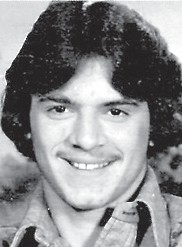 From the Black Kat

Milk is now being sold in the high school hall instead of soda pop. The county board thought that drinking pop affected the students’ appetite, and it was voted to have all the pop coolers in the county schools taken out.

Our thanks to Scholastic Roto for sending free of charge 875 copies of their magazine which we circulate to the students with the Black Kat.

The last three days of March, high school students from Kentucky will swarm upon the state capital in Frankfort and take complete charge of all activities there. A Governor will be elected from the boys — others-will serve as Senators, Representatives and Pages. Sponsors from HI-Y and Tri-Hi-Y, Mr. Holbrook and Mrs. McCleese, will accompany Jimmy Stamper, Bill Stout, Hiram Wright, Jimmy Combs, Larry Burton, Bokey Boggs, Wanda Cornett, and Carmolyn Blair.

“Around the World in Eighty Days” was presented by the Junior class, April 1, in the WHS gym. The response was tremendous. Our congratulations go out to Ralph Coldiron, Martin Mullins, and Mr. and Mrs. Jack Hammock on their performances. Congratulations also go out to the costume department for their outstanding costumes. All participants did an excellent job.

Guess what everybody? Girls can wear pants at WHS! Our illustrious Student Council actually got the teachers to vote to revise our dress code. Thank you, members of the Student Council and Mr. Frazier. And thank you faculty for voting unanimously.

The male percentage of our school was disappointed because the change did not include anything for them, and as normal red-blooded American boys, they like legs, which they don’t see much of anymore. Our red-blooded American girls were disappointed too, because they like blue jeans, which they don’t see any of at school, because blue jeans aren’t considered as pants in our new dress code. I think I would be accurate to say that nearly every girl on the hill owns at least one pair of blue jeans, if not more. If blue jeans are acceptable in practically every other place that teenagers gather, why are they forbidden at school?

This past year the American Government students were responsible for registering all students of voting age. This year, again, the class would like to urge all voters to register, so they will be eligible to vote in the coming election.

On February 14- 17, Joyce Sturgill and Sheryl Garrett participated in the Morehead Band Clinic. Mr. Lester took both girls to Morehead Thursday and they were required to audition in front of judges in order to be placed in one of the seven clinic bands. The bands had rehearsal during the day on Friday and Saturday in order to prepare for the concerts to be given on Sunday. Mr. Lester played in the Clinic Director’s Band Sunday along with the other bands.

There were around 600 students there representing approximately 70 different high schools.

The Junior-Senior Prom this year was held on May 3. The music started at 8:00 and ended at 11:30. It is a tradition at Whitesburg High School to let the Juniors host the Prom. This year their theme was the “Last Dance”. The band was called “Majic” and they did a terrific job. The big moment arrived at 10:00 p.m. when the Prom King and Queen were announced. Bobby Roe and Mitzi Hammock were chosen to reign as the new King and Queen. The Seniors would like to thank the Juniors for hosting such a great prom.