Austin Napier won first place in the annual Soil Conservation Essay Contest in Letcher County. He is a sophomore at Whitesburg High School. The title of his essay is “We Have All to Gain, Nothing to Lose by Conservation”.

“Soil is the most important resource in the United States, except for the people. It provides man with food, clothing, warmth, and shelter. Soil is necessary for the growth of flowers, trees, and all other forms of life. Trees and other plants help to regulate the flow of streams, furnish food and protection for wildlife, and give us many enjoyable hours of hunting, fishing, camping, hiking, and picnicking. Our nation owes its growth and development, to a large extent, to the productivity and wealth of the soil. We inherit the soil. It is ours to use, but not to destroy. We must make wise use of the soil and pass it on to the next generation as good, or better, than we received it. 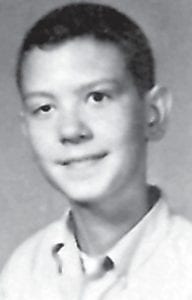 “Soil conservation may be defined as the sum total of everything done to keep soil useful to plants, animals, and people, in sufficient quantities, in the right location, at the right time. If the soil is not properly used and conserved, the results will be poverty, distress, and ruin.

“The products of our soil have made us a prosperous and happy nation. Even so, one third of our continent’s topsoil has been squandered by erosion. Erosion of the soil is a beneficial process, so long as man does not disturb nature’s balance. It has been taking place since the formation of the earth. It wears down the rock of the earth into useful and productive soil. The Grand Canyon of Colorado and beautiful Niagara Falls are examples of beneficial soil erosion. Erosion resulting from the interference of man is known as accelerated erosion. It has depleted the fertility of soils and filled stream channels. Accelerated erosion consists of sheet erosion and gully erosion. This type of erosion cripples agriculture and weakens the strength of the county, the state, and even the United States. A good example of this is the extensive strip mining in eastern Kentucky. In heavy rains soil is washed down the hillsides creating gullies and ruining the land below it.

“When man realized that he could benefit by tilling the earth, chopping down trees, drilling wells, and building dams, he did so. Nature retaliated by eroding the soil. Today, four-fifths of our best farmland has been hurt by soil erosion and water waste; probably one-half of the organic matter that made soils fertile and workable for the pioneers, has been squandered. Disastrous floods continue to do millions of dollars’ worth of damage each year. Sedimentation is another problem of soil erosion. When silt from eroded lands collects in our rivers, streams, and lakes, fish and marine life die, rivers become useless for navigations, dams and reservoirs become useless.

“Many, many years are required by nature to produce a single inch of topsoil. All topsoil on a piece of land can be destroyed by man in a relatively few years by careless land management.

“Gullies are gradually slashing away much of the valuable land in Letcher County. Swollen streams and rivers wash away much of our community’s valuable and productive topsoil. The farmers and citizens of Letcher County must do their part in helping to prevent this destructive soil erosion.

“We live in the most mountainous part of the state, and our steep, high hills let the soil erode more easily. The grayish-brown leached soils of our forested areas are more fertile than those in other parts of eastern Kentucky. We should keep the land that is unsuitable for cultivation in forest or pasture to prevent losing this valuable fertile soil.

“As more and more of other natural resources, such as coal and natural gas, are used up in Letcher County we will be returning more and more to agriculture. We should also do our best to promote industry and the tourist trade. Because soil makes possible the beauty of the out-of-doors, we must seek to preserve this beauty by conserving the soil, making our county and state more beautiful. In this way we can be proud of our state, as well as attract tourists.

“One of the things we can do to prevent this destructive erosion is the planting of trees and grass on barren areas and steep slopes. This will slow down the runoff and hold water in the soil. Vegetation also helps make the soil more porous thus increasing its absorbing capacity and making the soil resistant to washing.

“Farmers in Letcher County should use adequate fertilizer on their lands to help prevent soil erosion. It is important to us in two ways. It promotes rapid growth and heavier growth of grass, cover crops, and other vegetation. It increases crop yields on less erodible land. The first of the two is important because it is one of the most effective ways to bind the soil, check water runoff and increase water-holding capacity. Vegetation and larger supply of crop residues resulting from the adequate fertilization help to improve structure and develop a more absorptive soil.

“We have everything to gain and nothing to lose. We can attain better standards of living, recreation, flood prevention, and economic benefits. We must practice tree planting, terracing, stream channelization, cover cropping, erosion control, and woodland management. We can make Letcher County a place to be proud of; we can improve our county and state — through soil conservation.”

One will be “The Hungerers,” by William Saroyan, with which the students won a superior rating at the regional dramatics festival at Hazard last week.

The play is directed by Elmer Banks and Ann Lewis, teachers at the school, and the cast includes Paul Price, Angeleon Blair, Barbara Adams, James Fields and Steve Yonts.

The second play will be “A Way to Provide,” written by Banks and directed by him and Mrs. Stephen Combs Jr. The cast will include Judy Carroll, Sue Lewis, Coy Holstein, Steve Yonts and Ty Hall.

Sherry Conatser will sing during intermission.

Admission will be 50 cents, and proceeds will go to pay the way of the cast of “The Hungerers,” to the state drama festival in Lexington March 8.