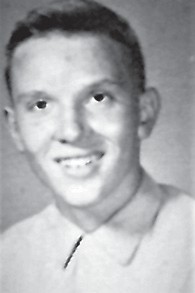 James Kenneth Caudill was the second-place winner in the annual soil conservation essay contest in Letcher County. He is a freshman at Whitesburg High School. The title of his essay is “Great Civilizations Wash Away with Eroding Soil.”

“Many old and famous states have risen to glory and grandeur and in a few centuries fallen. Some have gone down in external conflict, but most went down as their soil declined in fertility.

“The Roman Empire is the classic example of this cycle. After Italian soil in Italy was exhausted, Rome imported foodstuffs from Northern Africa, a process which threw thousands out of work. The idle farmers flocked to the cities, but most could find no work there. They had to be supported by the government. They and their families formed idle mobs that lived on public largess. So burdened, the empire declined and fell.

“Roman farmers didn’t know how to conserve and care for their soil as we do, yet we continue to waste our valuable dirt at a frightening rate. In our own area, the most important cause of erosion is strip-mining. This brutal and unpatriotic industrial practice causes countless tons of valuable topsoil to go down our rivers to the sea. It congests our streams, which in a few years will almost certainly cause terrible floods in our mountains. Secondary, but still dreadful causes of soil erosion are forest fires and improperly plowed fields. 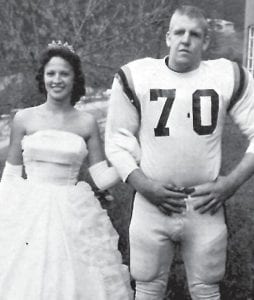 “Americans are waking up to the fact that the nation cannot survive without plenty of topsoil and that we are wasting it by the thousands of tons each year.

“We have several lakes in Eastern Kentucky. A few are Cumberland Lake, Dewey Lake, and Buckhorn Lake. In Western Kentucky is the largest manmade lake on earth, Kentucky Lake. But unchecked soil erosion can destroy these lakes in a few generations. The damage already done by the inhuman scourge of stripmining is probably irreparable. However, if we, in our generation, plant thousands of valuable trees on our strip-mined hillsides, or sow grasses that can survive there, build flood control works and watersheds, our descendants can live here well enough.

“In the past, our people and our lands have been plagued by terrible floods. The flood of 1927 was the worst of these by far. Every tenth year since then, a catastrophe has hit our land as in 1927, 1937, 1947 and finally in 1957. In2 the future we are liable to be struck by other, far worse floods.

“ In the 1920’s many mountaineers raised large gardens and corn crops on steep hillsides. Contour plowing was unknown and unpracticed here. When the rains came on the night of May 30, 1927 corn had just poked above the ground. It was too small to hold the loose earth around it and five inches of soil vanished that night. The corn, dirt, rocks and houses clogged rivers and creeks causing extensive overflow. Fourteen Letcher Countians died that night and the mountain never fully recovered. These deaths are directly attributable to the misuse of soil and water. That happened long before there were any strip mines. What calamity would befall us today if such a rain occurred.

“Naturally, our mountains are heavily wooded. If we left them alone we would be a lot better off in a number of ways besides the conservation of soil. One reason is that trees are beautiful, as Joyce Kilmer has written, and their beautiful tops on our craggy hills can spark the growth of tourism as a major source of income for our people.

“Still, after each flood disaster, mountain people proceed to waste more of their soil until they are hit by another one. That is precisely what is being done here today.

“So it is in modern day United States, even as it was in Rome in the days of Domitian. People are going to the cities by the hundreds from the Appalachian coal fields. Many are uneducated and only a few have any vocational skills. What can be done to help these people live here in their Eastern Kentucky homeland? Resource Conservation is the answer to most of these problems. Let’s practice good conservation and live on the proceeds.”

The Whitesburg-Prestonsburg football game will set the stage for our homecoming. All alumni are invited to return home to celebrate with us. The theme for the day will be “Folksongs and Folk Heroes”.

Girl Scouts and the Speech Club took top honors for floats in the annual Homecoming Parade sponsored by Whitesburg High School last week. The Scouts won in the downtown division with their portrayal of “My Old Kentucky Home,” complete with young folks rolling on the little cabin floor . e high school Speech

There were two versions of one song. Another Girl Scout troop took second prize with its quilting party depicting “Aunt Dinah’s Quilting Party.” The float even had quilt squares on the sides. The Lions Club took another cue from the same song and put Mayor Ferdinand Moore and his wife in a buggy to show “Seeing Nellie Home”.

The climax of the day came with the crowning of Senior Barbara Adams, daughter of Mr. and Mrs. Arthur Adams of Isom, as Homecoming Queen. The coronation took place on the football field, just before game time. The Whitesburg band performed several numbers including the Peter Gunn theme, and the Yellowjackets brought a perfect ending to the 1962-63 Homecoming by trouncing Prestonsburg 19-7. The football season in Whitesburg ends Friday night when the Jackets play their final game at Elkhorn City.

Whitesburg Band Boosters Club held their November meeting Monday night. Plans were made to sell 1962-63 membership cards and tickets for a Christmas Concert; proceeds will be used to help defray band expenses such as repairs and replacement of instruments, dry cleaning of uniforms, and materials needed in various moneyraising projects.

J. E. Isaac has donated a popcorn machine to the band in order that members may sell popcorn at athletic events for which the band has concession privileges, and in town to swell band funds.

The Future Teachers of America Club at Whitesburg High School will sponsor tours of the high school and grade school each day next week, which is American Education Week.

School patrons may visit any time during the day.

“Please feel free to visit in the classrooms,” the FTA Club members said. “We want you to come and see your children in class.”

Refreshments will be served on Friday, Nov. 16, from 9 to 10 a.m. and from 2 to 3 p.m. in the high school administration building and the grade school.

Student guides from the club will be available each day. They will be stationed in the hallways of the buildings.