The following articles from the 1948-49 school year:

Miss Holbrook gave a very fine report on the work of the Future Homemakers of America while the other girls played beautiful selections on the piano.

At the Regional Band festival held at Harlan on Saturday, April 2, the Whitesburg High School Band, under the baton of Hugh Adams, was rated “Superior”.

The band was outstanding in uniformity of dress and appearance. Martha Ann Holbrook, the solo player, was acclaimed the outstanding soloist of first mention. Barbara Lewis, who played the flute solo, was named second. This is the 7th Regional contest in which the Whitesburg band was rated Superior. The band is now eligible for participating in the State contest in Lexington on May 21. 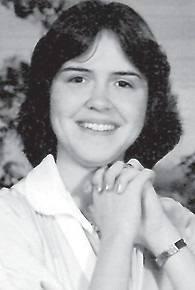 Martha Ann Holbrook was elected second vicepresident of the state organization. She was also one of 21 girls to earn the State Homemakers degree. Tuesday morning, the Whitesburg Chapter, with the help of the Jenkins Chapter and their advisor, Mrs. Riggs of the Fleming Chapter, put on a skit, “Old King Coal Reigns Here.”

There are 183 chapters in the state and 74 of these earned a place on the Honor Roll. Whitesburg Chapter was in the honor group. The chapter scrapebook was rated excellent.

As a state officer, Martha Ann Holbrook officially is a delegate to the regional meeting to be held in Columbus, Oh., in July.

Danville High to be guest of WHS

On Friday night at 7 o’clock the Danville High School football team will meet the Yellowjackets on our home field. This is the last game of the season. The invading team comes from a long distance and from a lovely bluegrass town, the home of Centre College. Whitesburg’s Coach, Ray Pigman, our school and own citizens must give the visiting team a very cordial welcome and show the boys how much we appreciate their coming this long distance to play football. Danville High has a strong team. They have played seven games, winning five and losing to Frankfort High and Henry Clay of Lexington. Coach Wofford and his 35 players will be guests overnight at the Daniel Boone Hotel.

The Whitesburg High School Athletic Association will open a Summer Recreational Program for children and young people on the school grounds, under the direction of Coach Ray Pigman.

Beginning May 30, through June 3, the program will begin each morning at 9 and last until noon, Monday through Friday. Beginning June 6 through June 17, the activities will begin at 2 p.m. and last until 5 p.m. (Change in time is to avoid conflict with the Daily Vacation Bible Schools, which will be in session at that time.) From June 17 through July 15, activities will again take place as at the beginning of the season.

All boys and girls of the 4th Grade, nine years of age or above are invited.

The program will consist of games for boys and girls of all ages. The school playground equipment will be available. Swings, merrygo rounds, softball, volley ball, basketball, touch ball, horseshoe and other games

It is hoped that all children of the community will join in this wholesome recreation. There will be no fees charged.

The Whitesburg Grade School and High School opened Aug. 30 with the largest enrollment they have ever had. There are 520 pupils in the grade school and a total of 523 students in high school. The largest class is the freshman with 225 enrolled; juniors second with 115 students; sophomores 108; and seniors 75 strong.

Both schools are off to a good start with many of the same teachers who worked last year. New additions are Mrs. Walters in the grades and Miss Pauline Amburgey, Mrs. Ira Whitaker and Mr. Bill Collins in the high school.

One response to “Moments and Memories of WHS”