Whitesburg High School presented its Senior Class Day program June 8 in the school gymnasium with the presentation of the following awards:

Jimmy Brown presented the Eastern Kentucky University scholarship to Camie Polly. English Awards went to Sherie Breeding and Dwayne Sexton. The Edgar Banks Science Award went to Tena Adams, and she was also given an award for her achievements in mathematics. Sherie Breeding got the Creative Writing Award. The Social Studies Award went to Daveena Sexton. Cecelia Collins was the outstanding student in Typing II. 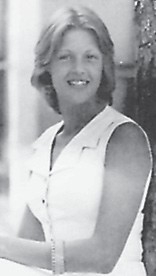 The Journalism (Editor’s) Award went to Danny Johnson, and Tena Adams and Sherie Breeding were named outstanding assistant editors. Steve Meade was named the school’s outstanding athlete in football. Hilda Craft won the Biological Science Award. Tammie Wright Ison was commended for her work as editor of the school annual. The 1977 annual was dedicated to Mr. Bennett Welch, and Sherie Breeding made the dedicatory speech.

Hilda Ann Craft, daughter of Mr. and Mrs. William Craft of Whitesburg, was honored as salutatorian. Hilda is a member of the Beta Club and treasurer of FBLA.

Baccalaureate services were held Sunday night at the First Baptist Church with Rev. Garriott, pastor of the Whitesburg Methodist Church, being the guest speaker.

(The above article appeared in the June 2, 1977 Mountain Eagle.)

Deborah Hammock, daughter of Mr. and Mrs. Jack Hammock of Whitesburg, was crowned “Miss Letcher County” for 1977 at the annual pageant held Saturday. She is a senior at Whitesburg High School, where she is a member of the girls’ basketball team and a cheerleader. Miss Hammock’s winning talent exhibit was an acrobatics performance.

Betty Jo Sexton is the daughter of Glenna Faye and Orrville Ray Sexton. She has been actively involved in the DECA Club for three years. She has attended the Regional Conference since her sophomore year. During her junior year, she placed first at Region in the Parliamentary Procedure Team event. Betty also attended the State Conference in her sophomore and junior years. She has also been a member of F.H.A. and the Library Club. Betty was a member of the Senior Committee, and served on the Student Council. She also was chosen as a senior homecoming attendant.

Mike Hammock is the son of Lennon and Yvonne Hammock of Whitesburg. He has been involved in the DECA Club for three years. Mike attended the State Career Development Conference twice and served as president of the parliamentary procedure team during contests. He is the acting parliamentarian in the local DECA Club. He attended the DECA Regional contest in his sophomore, junior and senior years, winning first place with the team.