Some members of the senior class were 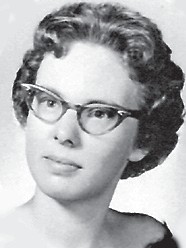 “A Test of Courage”

I strained my ears to hear, and the sounds came again. They were closing in now, sure of making a finishing kill. Thoughts raced through my mind as I waited expectantly.

After graduating from high school, I had worked as a garage attendant. Then when the United States had started fighting in Viet Nam, I joined the Army.

You see, I am Private Rogers of the United States Army Rangers, Company “C”. Of all the outfits to choose from I had to pick one that specialized in night fighting. We were being taken to the front when our helicopter was shot down by the Viet Cong. That was in the late evening, three hours ago. There had been only three survivors from the crash. Now, I was the only one left, for I had seen the other two men, my own buddies, flushed out of the rice paddies, like rabbits, and shot to death. 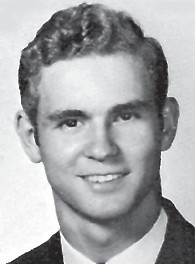 This was the first time I had been in combat. I had saved my life, for the time being, by hiding in a thicket at the edge of the jungle.

It had been dark for two hours now, and I was a little farther back in the jungle, all sounds had stopped, but I knew they were coming closer.

Then I saw him, he was crawling straight toward me. He had made a mistake that would probably cost him his life. I reached into my hip pocket and pulled out a coiled piano string with a small bar on each end. I slowly uncoiled the string, making a large loop out of it.

Then he suddenly stopped and I could no longer see him. Cold sweat sprang out of my forehead, what was he doing? Then in the light of the full moon, I saw him. He was staring straight at me, and I felt like an animal about ready to be shot. I would almost feel the pain of the bullet in my chest. He came on, straight toward me, crawling like a snake. The silence was terrifying. I wanted to scream. He didn’t see me though, he kept crawling right past me. He was so close I could almost touch him. I crouched, and then sprang with all my might. I landed squarely on his back and the piano string curled neatly around his neck. I placed my knee in the small of his back and hauled back on the piano string with all my might. His back was curled like a strung bow. I held him for a few moments, then he went limp like a rag doll and I knew he was dead. 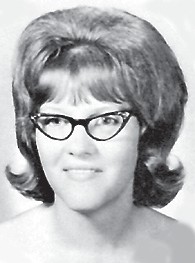 I had always wondered if I could kill a man, and as I looked at the dead Viet Cong, I knew I could do this terrible deed again.

I started crawling farther back into the jungle and when I was far enough back to be safe, I gave my thanks to God for saving my life.

My favorite school activity is Physical Education. During the summer and fall we play softball, kickball, and take exercises. When we play softball, my team is always very sure of one thing, and that is when I step forward to bat I will surely strike out. When we play kickball, I can usually hit the ball because it is so huge. But when we take exercises, they have to put on earmuffs to keep from hearing the groans that escape from me. In winter and spring, we play basketball, shuffleboard, ping pong, do folk dancing and have those terrible back-breaking exercises. When we play basketball, I usually have to run to get the ball and when I get there it is someplace else. Shuffleboard is a good game but not exciting. Ping pong is fine, if you can ever hit that tiny white ball which seems to be everywhere. 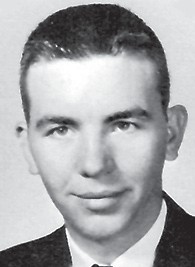 Homecoming Queen and her attendants 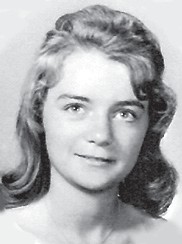 The seniors enjoyed one of the highlights of the year on Saturday night, November 13, in the gymnasium. Mr. Burkich crowned Linda Biggerstaff, Queen and David Jones, King of the dance. The Spiders Dance Band furnished the lovely dance music. 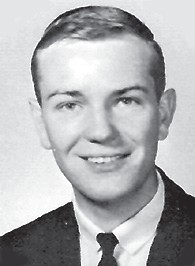 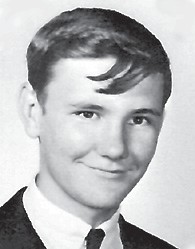 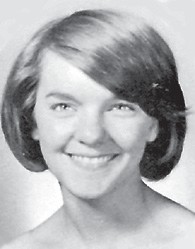 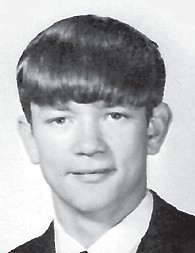 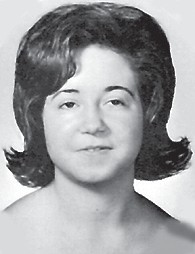 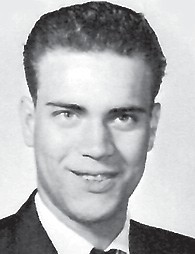 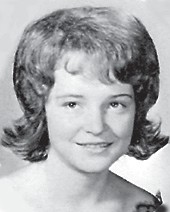 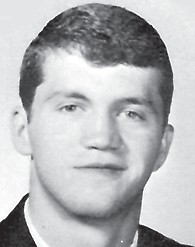 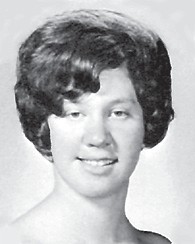 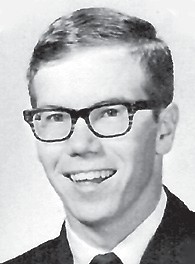