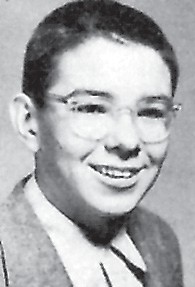 “I Speak for Democracy” by Don Woodford Webb Democracy . . . a nine-letter word with the hope and aspirations of the world in its grasp. As I speak for Democracy, I do so with reverence; for I am conscious of the price paid by those who founded this republic and those who have maintained the spark of liberty to this day. Democracy, or government by the will of the people, is an idea that has dominated the hopes of man since the beginning of time. The will to determine his own destination has always been in the moral fiber of man.

As I think of Democracy in its full meaning, I cannot help but think of the freedoms that we, the people of the United States, enjoy. First, I stop to think how that priceless freedom, freedom of the press, benefits the students of my school and me. We have a school paper of which I am the Editor. We print exactly our feeling toward the government, the school, and the people of this great land of ours with no fear of reprisal. This freedom brings to my mind the freedom of Speech. As I stand before this group today, I have no fear of being persecuted for expressing my views on whatever subject that comes to my mind. Instead, I have the protection of the world’s greatest government, that of the United States of America. Then, my heart skips a beat as I think of that last, but not least, freedom, freedom of religion…the right to worship the Almighty as my conscience dictates. If I do now want to speak or to worship, there is no law that says I must. 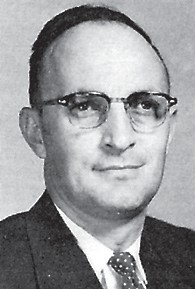 And speaking of laws, have you ever wondered just what it would be like to be forced to live under the hand of one certain class of people? Here in the United States, we select our representatives from the masses instead of the classes. Even in this very month, the people of our fair state of Kentucky excised the right to select the officials of their choice.

Democracy does not come naturally to people; it is a way of life that must be constantly practiced. Democracy must be fought for, it must be lived for, it must be died for. Our Americanism must have been a direct gift from Almighty God to give the population of this continent the happiness and joy of free life. But our freedom has been fought for and will continue to be fought for if America is to stay the land of the free. You and I do not get the rights of freedom at the ages 5, 15, or 25. We, the people of the United States, were born to be free. This is our homeland, the homeland of the free. 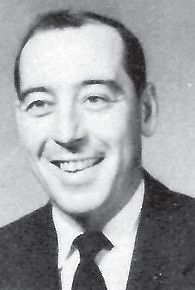 As the people of foreign soils came to this new country across the sea, they brought with them the will, the want, and the desire for a free and united world at peace. Then, as now, there were people who did not want this way of life. They wanted a King to rule, but the spirit of freedom prevailed.

Wars upon wars have been fought that we might be free . . . wars taking the lives of loved ones far dearer than the spirit of freedom. But freedom lived on. We think of those patriots who struggled with General Washington at Valley Forge; of the men who perished at Gettysburg; and of the bravery of those who gave their lives at Argonne Forest. We think of the ones who suffered on the sands of Iwo Jima, and of those unforgotten men who lost their blood, our blood, to the soil of the 38th parallel. These men died not in vain. They paid the supreme sacrifice for freedom — the least we can do is speak.

The following is a part of the Americans Creed written by William Tyler Page; Quote: “I believe in the United States of America as a Government of the people, by the people, and for the people; established upon those principle of freedom, equality, JUSTICE, and humanity for which American patriots sacrificed their lives and fortunes.” Unquote.

Communists, Fascists, Socialists, Nazis . . . take your firing squads, take your slave labor camps, and take your secret police, but as for me I shall stay in the country where you are suited only by God and speak for Democracy.

“What Football Means to Me”

Football means cold ‘taters and cornbread every night, but I think it is a fine game and I would recommend that every boy play it. Sometimes it gets a little rough in practice, but it all pays off on Friday nights — under the bright lights. Bill Hacker

Football is a real good way to get the girls to notice you. Especially one! This is the only game I know that will grow hair on your chest and skin it off too. It’s rough sometimes but on Friday nights, look at all the girls that see your handsome form. All jokes aside, I think it is a wonderful game, and every boy should play. Harold “Monster” Ogelvie

Football means hard work and a lot of fun. I enjoyed working with the team and Coach Moore. Robert Wright

Football means a good many things. It means lots of practice, lots of fun, many good friends. I would advise more boys to play the game. Lloyd Hodge

Football is lots of hard work and lots of fun. What you put into football is what you get out of it. Every boy should play football. I regret that I didn’t play more than one year. Bassil (Clip) Sexton

The Black Kat Staff dedicates this Nov. 1955 issue to our Coach, Mr. Ed Moore, and his Yellowjacket squad, for the thrilling games they furnished us during the season; for the eight wonderful wins; for the publicity and praise you brought to Whitesburg High School and for being the wonderful boys you are.

When school first began this autumn, the football spirit rose high and after the first game, the spectators thought that the Yellowjackets would win all the games on their schedule hands down, but due to circumstances beyond their control, the Yellowjackets could not conquer Benham and Paintsville.

The spectators began to lose hope after these two games. Throughout the remaining period of the season, the spectators were not sure of victory nor defeat. Yet the Yellowjackets came through with flying colors. They pulled a surprising long streak after the two lost games. The remaining seven games on the schedule were won with not too much effort.

The Whitesburg Team has a misfortunate of losing 10 seniors, 9 players and 1 manager. Our Coach, Ed Moore, has been with us for four years and during this time, he has proved to be a very educated man in the field of sports. During Coach Moore’s four years, he has had some outstanding boys who broke the scoring record for the Eastern Kentucky Mountain Conference. Buddy Fields, who graduated in 1954-55, had a record of 124 points. Whitesburg took the runner-up in that year.

Robert Meade, Senior, is right on his heels with 114 points. Coach Moore has had two outstanding lineman, John Rufus Hall and Paul Enlow, both boys are now at V.P.I.

Our men win places on

The band did a fine job at the Big Sandy Bowl and the majorettes brought home the bacon — a beautiful Majorette trophy. Inscribed on the trophy are these words: “Best Majorettes in the Big Sandy Bowl”. Majorettes who are responsible for this honor are Drum Majorette, Phyllis Hall, Carol Brown, Shirley Ruth Combs and Elanna Kay Holstein.

Rex Polly was chosen captain of the basketball team. We knew of Rex’s fine basketball ability and leadership. The team made a fine choice. He is a 6’2”, browneyed, brown-haired senior. The co-captain will be the other four on the first lineup alternating the honor.

Someone is always bragging on the teachers and students, but you never hear much about the big bearing in the wheel. The man who keeps the wheels rolling and the responsibility of more than a thousand people’s actions. The soft-spoken man, who, when he rises to talk, gets everyone’s attention, because everyone wants to hear him. He has no special one, instead we are all his specials. He is a young man in mind and in looks and is one who knows the heart of each student, and will listen to their problems when they need his counsel. The man is Kendall Boggs, the best principal in all the land.