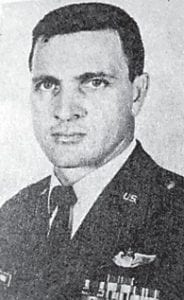 U. S. Air Force Captain Guy Palumbo Sr., of Whitesburg, has been decorated with three military medals at Keesler Air Force Base in Mississippi. Capt. Palumbo was awarded the Air Force Medal, Bronze Star Medal, and Air Force Commendation Medal. He received the Air Medal for meritorious achievement as a combat crew member in Southeast Asia. He was cited for his outstanding airmanship and courage on successful missions under hazardous conditions. The Bronze Star was awarded for service as chief of safety in the 8th Tactical Fighter Wing at Ubon Royal Thai AFB, Thailand. Despite danger from hostile forces, he consistently demonstrated professional ability and sound judgment, which contributed to the success of the United States Mission in Southeast Asia, according to Air Force sources. Capt. Palumbo earned the Commendation Medal while assigned to the safety office in the 3510th Flying Training Wing at Randolph AFB, Texas.

Capt. Palumbo, a Korean War veteran, is now assigned at Keesler with the Air Training Command which operates the world’s largest technical school system to train personnel for Air Force duty. He received his commission in 1957, upon completion of Officer Candidate School. 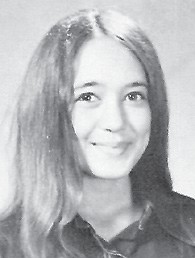 Capt. Palumbo is a graduate of Whitesburg High School. He attended the University of Maryland European Division in Italy and Far East Division in Japan, and St. Mary’s College in San Antonio during off duty hours. His wife, Jewelene, is the daughter of Mr. and Mrs. George Adams of Whitesburg.

Fields is a contestant

Maggie Fields, daughter of Mrs. Elaine Fields, Whitesburg, is one of fourteen contestants in the 15th annual Miss Belle of the Blue Pageant on the Georgetown College campus on March 15. She is representing Kappa Delta Sorority.

Maggie is a social work major and a child development minor and wants to work with underprivileged children. She has appeared in the “Little Shepherd of Kingdom Come” outdoor drama. Maggie enjoys horseback riding, swimming, sewing, and playing the piano. For her talent presentation, she will give a monologue tribute to the Appalachians followed by a song on the dulcimer. Miss Belle of the Blue of 1975 will receive a $300 scholarship, a silver tray, two savings bonds, gift certificates and other prizes. Maggie is a 1972 graduate of Whitesburg High School.

Staff Sergeant H.J. Standifer, son of Mr. and Mrs. Hobert Standifer of Whitesburg, has re-enlisted in the United States Air Force at Tinker AFB in Oklahoma. Sgt. Standifer, who began his Air Force career in 1966, is a vehicle body repair specialist at Tinker. He is assigned to a unit of the Air Force Communications Service. The sergeant is a 1965 graduate of Whitesburg High School.

Don Shackleford, a senior, won second place in advanced mathematics. Shackleford is the son of Mr. and Mrs. C. H. Shackleford of Whitesburg.

Freshman Karl Vermillion tied with another freshman, Jimmy Manning of Corbin High, for third place in Algebra I. Vermillion is the son of Mrs. Judith Vermillion of Whitesburg.