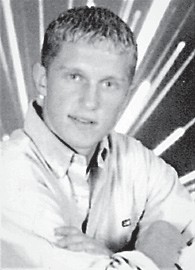 Winston Lee has been selected as Mr. WHS for the 2002-2003 school year. Winston is the son of Arlie and Cathy Lee. During his four years as a student at Whitesburg High, he has been an integral part of the student body and an active participant in the many clubs, organizations, and athletic programs available to students. 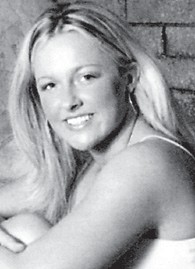 Academic honors include: Honor Roll every semester and recipient of the Commonwealth Diploma. Athletic Honors include: 2002 Coca-Cola Football Bowl MVP and 2003 All- District Basketball Team.

After graduation Winston plans to attend Pikeville College to obtain a degree in education.

Afton Blair has been selected as Miss WHS for the 2002-2003 school year. Af- ton is the daughter of Wade and Nancy Blair. During her four years as a student at Whitesburg High, she has participated in many clubs, organizations, and athletic programs available to students.

Afton has also been a member of the girls’ basketball team for eight years, tennis team for four years, and cross-country team for two years.

After she graduates she plans to attend the University of Kentucky and major in communication disorders.

(The above articles from the 2003 Yellowjacket Yearbook)