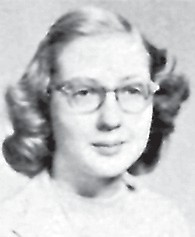 Mr. Hall, Mr. Boggs, platform guests, teachers, parents, and friends — on behalf of the class of 1956 of Whitesburg High School I wish to welcome you to our graduation.

Tonight we seniors will have reached another one of our goals, a task which you have helped us to accomplish. We wish to express our appreciation for the kindness you have shown. Yes, we have reached another one of our goals but we are still climbing toward the top. As we climb, we must remember always our class motto “Onward ever, backward never”. If we falter and become discouraged, we will think of it and be reassured our motto, although just four words, has a significant meaning.

We know and understand that everything isn’t easy. Things in life won’t be given to us on silver platters. We must work and strive. J. G. Holland had a wonderful philosophy concerning this. He said, “There is not a royal road to anything, one thing at a time, all things in succession. That which grows fast withers as rapidly, that which grows slowly endures.” I’m sure that many of our predecessors here tonight have found this to be true, and I’m just as sure that many more of us will find it so in the future. 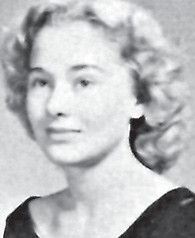 This graduating class is a part of another generation of men and women who will keep this nation of ours strong and who will make it stronger. Some disturbing things are now happening that seem to darken the bright outlook of our future. Some of these obstacles are: The problems of the atomic age. Will it make our country great or shall it be a menace to the public welfare? My opinion is that America has enough people of great intelligence to develop leadership when it is needed. I feel sure that there are some in each succeeding generation who will understand this situation.

Another obstacle in our path is the problem of caring for the people who can’t care for themselves. America has found a way to care for many but some are still being neglected. The question has arisen, “Will these people ever be fully cared for?” I think the answer is yes. We are getting closer to that goal every day. Yet we must do our share so that everyone will have the necessities of life — a home, food and clothing. 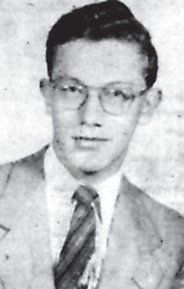 Still another obstacle is the labor problem. It seems that in some states there are too few jobs for the large population. What can be done to alter this situation? New industries should be started. This would help all America as well as those without a job.

We need more recreational facilities. Many men and women have studied juvenile delinquency and say that if boys and girls had more and better recreation, there wouldn’t be so much crime. But there are many others who believe that delinquency starts in the home — homes of broken families, drunken fathers, dilatory mothers who don’t care for their children. Both are good reasons but if our recreational program was better all boys and girls would have something to do in their leisure time. More and more delinquents would see that their way of life was wrong. They would become hardworking and honest citizens of whom all America would be proud.

Besides these there are many other problems to be solved. But there is, too, a brighter side of the picture. When we think of all the people who are being educated, we feel more optimistic. Many of our young people are making scientists, doctors, nurses, teachers, engineers, and businessmen. These people will help our country now as many in the past have done.

In this graduating class there are those who will become people important to the world. Maybe you won’t be known internationally but still you are a part of the world. We must work together. Let us think of Kentucky’s motto, “United We Stand, Divided We Fall.” This is very true; and not only Kentucky but all America honors this motto.

We should be glad we are Americans. Glad that we have freedom of speech, freedom of press, and freedom of worship. We should pay homage to the flag of the United States. We should love to sing our national anthem “ The Star-Spangled Banner.” We should let the entire world know that we love America, our home and the ideals for which it stands.

The class of ’56 shall strive to do our part to find our place in this changing world. Again, we wish to welcome you to our high school days and to our start toward another goal.

The long-awaited hour finally arrived. On Monday the 27th the senior bandsmen were awarded their band jackets. We have been waiting for them nearly two months and the proud strutting done on the hill this week is being done by seniors of the band. A few of the boys and adults of the athletic program seem to be hurt because the band jackets are orange and black, but BAND is printed in huge, black letters so we would not be mistaken for one of them. Heretofore the band has backed the teams in all contest; some of the students have been in band ten years or more without reward, and always proud of our team — who have so proudly earned their many jackets. Well, we earned ours too! We only hope you have the same feeling and appreciation for our award.

The Winter Concert given by the band was most successful, although the audience at our night performance was small; it was a most appreciative one. I believe the ones who were there enjoyed themselves and so did the band members. Mr. Elias is a grand guy.

Thursday, the backers of the team really raised the spirit of the school. Everyone yelled so loudly, I was afraid the balcony would fall in. This proved helpful to the big five because that night they proved too much for the Cumberland Indians to handle.

Friday, we had another big pep meeting and victory was riding high for the Yellow Jackets again when the Cavaliers went bravely down under the overwhelming power of the “Trosper Giants.”

At the half the charming Twirlettes of my majorette class, were arrayed in black skirts over pink ruffled crinolines, and wearing pink sweaters and boots. I am very proud to be the teacher of these wonderful girls. All of them are outstanding and I have really enjoyed working with them.

Saturday, the play cast of “Highness,” and coach Mrs. W.B. Hall were rated excellent at the Speech Festival in Pikeville. Although we did not reach the goal we all wanted, a Superior rating, we wish Hazard, the winners, the best of luck at the state meeting. The judge from U.K., Mrs. Ruby Hart told Mrs. Hall we almost made it and that made all of our work worthwhile.

Saturday night, the cast of “Escape by Moonlight” performed for the Woman’s Club at the Baptist Church, and Mrs. Hall was well pleased with their performance. She said, “The best job they have ever done.”

The selecting and casting of the senior play has begun and Miss Raleigh is heading this program. The seniors chose four plays from which to make their selection. The winning play has not been announced. Wonder who the lucky seniors will be who will get the roles. Not chemistry students, that’s for sure. It will be assigned to seniors who have sixth period free for practice.

The faculty of Whitesburg High School has selected Harold Cook as the outstanding senior boy of the Class of 1956 to represent Whitesburg Rotary Club and Whitesburg High School at the World Affairs Conference to be held at the Netherland Plaza in Cincinnati, Ohio. No gripes were heard because of this decision. Harold is very popular and he has outstanding grades. We’ll be well represented and we’re proud of you, Harold!

Don Webb, our sportswriter for The Mountain Eagle and editor of the Black Kat, has been asked to report all tournament games to the Associated Press. Don is doing a wonderful job and we know he will be on the beam with the basketball news.

The WHS gym has been busy for the last two weeks preparing the different teams for the big clash this weekend. May the best team win (and I’m prejudiced) and carry the 14th District play far in the regional. Go luck, and let’s go, big Orange! –Phyllis.

(The above article from the March 1, 1956 Mountain Eagle)

Mr. Elias, a native of Wheeling, W.Va., attended Warwood Grade and High Schools. He was a member of the band and chorus in high school, played in the all state band and orchestra and winning superior ratings in Solo and Ensemble work. Mr. Elias attended Morehead State College from 1951 to 1955 where he was a member of the band, orchestra and chorus and dance band. He was a member of various clubs and served as president of Music Educators National Conference. Whitesburg extends to Mr. Elias a cordial welcome and is ready to offer support at all times.