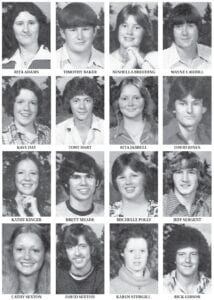 The school year 1978-79 has been a most successful year for Whitesburg High School — academically, athletically, and in co-curricular activities.

In April we participated in a most successful Southern Association Evaluation by a twelve-member team of educators from across the state. Our school received many favorable comments and retained its membership in the Southern Association. Our football team again won the District Championship. Our boys’ basketball team was 14th Region Runner-Up. The girls’ track team was the best in the history of our school. Both our boys’ and girls’ track team were Regional Runners-Up; and individuals won and placed in State Competition.

Our very capable and active Band Boosters raised over eleven thousand dollars this year for new band uniforms for an outstanding group of young people.

The varsity cheerleaders were recognized over our region as very talented, exciting, and competitive. We were so proud of them the entire season. 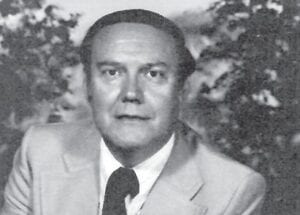 Our Distributive Education Club under excellent leadership is recognized as one of the finest clubs in the state and again this year won many regional and state honors.

The outstanding senior class had a most enjoyable senior trip to Washington, D.C. and New York City. Their graduation was flawless and they will be missed by our faculty and we wish them well.

I want to thank our faculty, staff, the Board of Education, student body, alumni, Band Boosters, Athletic Association, P.T.A., and friends, all working together helping us to set high but attainable goals in our quest for self-improvement.

On Friday, Nov. 10, 1978 the Whitesburg High School Yellowjackets ended the 1978-79 football season with a loss to Pikeville in a Regional Playoff game. The score was 21-8.

The Yellowjackets lost in a gallant way, to Coach Hillard Howard, a former WHS student and football player. Although the final margin was 13 points, the Jackets played a tremendous game. Mike Couch, a WHS senior, gained over 150 yards and scored Whitesburg’s only touchdown. He also received credit for the extra point on a reception from quarterback Jeff Gose. This was Mike’s best game of the year. William Gibson also had his best defensive game of the year with 15 tackles and 7 assists. As all football fans know, 15 tackles in one game is unheard of in High School Football.

All of the WHS Yellowjackets deserve a great deal of credit for the effort that was put forth throughout the entire season.