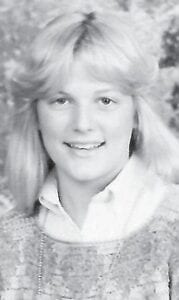 Brigette Combs became the most celebrated athlete in Letcher County’s history when she was named Kentucky’s Miss Basketball. The honor was received during a ceremony at the Campbell House Inn in Lexington.

Brigette averaged 26 points and 12 rebounds this season leading the Lady Jackets back to the “Sweet 16” for a third consecutive appearance. Combs helped the Lady Jackets to a 99-8 record during her three years at Whitesburg.

Brigette will wear the No. 1 jersey in the Kentucky- Indiana All-Star series to be played this summer. The first game will be held at Rupp Arena on June 15 and the second game at Market Square Arena in Indianapolis on June 22.

Combs has also been named first team All-State by the Louisville Courier Journal and the Lexington Herald Leader newspapers. 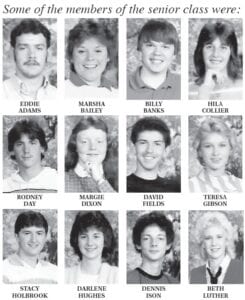 Brigette is as popular of the court as on it. She has been selected Miss WHS and a candidate for Homecoming Queen, and been chosen for several superlative honors. Bridgett is respected by teachers and school officials as well as her fellow classmates. She is an honor student and very conscientious about her grades.

Brigette intends to major in pre-law at Western Kentucky University. She signed a letter of intent to play basketball for Western last Thursday.

Brigette is an excellent athlete, student, and caring young lady. She has provided many of us with memories that will never be forgotten. The Black Kat congratulates you on your many achievements and wishes you the best of luck at Western.

Do you remember . . . Getting your car towed away because you parked on the hill; Lisa Whitaker playing the tuba; The day Mr. Sexton’s car got “decorated”; the big scandal over “recruiting”; Cleo (Mrs. Collins’s skeleton) and all of her broken bones; the day everyone was “locked out” of the industrial site; Joe Roberts’s dance in the drama play; the strike for a new school; Coach A. H. Holbrook doing “The Bird” at the prom.

This year three new teachers have been added to the WHS staff. Mr. Bob Matney formerly taught as a homebound teacher for eight years. He enjoys teaching in the classroom and is interested in the students’ progress.

Mrs. Dorothy Kennedy has taught in Texas and South Carolina but loves the Kentucky mountains. She is working in coordination with Mrs. Ison.

Mr. David Boggs, an alumnus of Whitesburg, has been hired to coach the baseball team and teach World Civilization.

The Black Kat Staff readily welcomes these new teachers, and wishes them luck in the coming years.