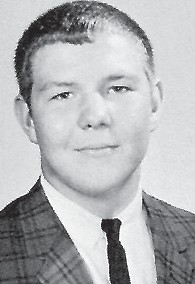 At the mock Youth Legislature held in Frankfort last Saturday, Gerald Combs, son of Mr. and Mrs. Forrester Combs, was appointed to the cabinet as Senate Minority Leader. He received a plaque for outstanding leadership in the mock Senate. This is the first time anyone from Whitesburg has been so honored at the Youth Assembly. Both the Tri-Hi-Y and the Hi-Y worked their Senate bill through both houses and committees to have it vetoed by the Governor. This was outstanding, because only five Senate bills reached the Governor, two being vetoed and three passed.

She was too young to understand/ The problems of the World/But with bowed head and folded hand/She whispered to her Lord.

Her words lacked the eloquence/of Senators and such/But it was plain for all to see/That she was thankful, very much. 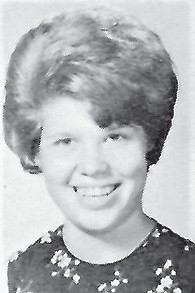 “My brother is in Vietnam/ He fights a war for peace./People say, and I believe/That it will never cease.

“Be with Mother and Dad— Heaven’s their home.”

Mary Cornett: Favorite food and drink-chili and 7-up; Favorite Song-Close Your Eyes; Favorite Singer- Paul Revere and the Raiders; Secret Ambition-To be a doctor; Pet Peeve-To lose my temper.

John Craiger: Favorite food and drink-hamburgers and beer; Favorite Song- Little Bit Me and Little Bit You; Favorite Singer-The Monkees; Secret Ambition- Live to be 100; Pet Peeve- Have my favorite girl talking to another boy.

Tommy Fields: Favorite food and drink-ham and pineapple-grapefruit juice; Favorite Singer-Roger Miller and Elvis Presley; Favorite Song-It’s Crying Time Again; Secret Ambition- Accountant CPA; Pet Peeve- Someone who talks about what a player should do and what he shouldn’t do, and they have never even played a game in their lives.