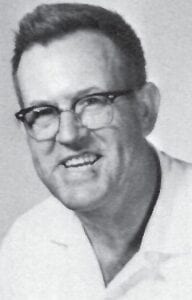 Troah Campbell, of Banks, who won the championship in the Letcher County Spelling Bee, will be furnished round trip transportation by the Business Men’s Club of Whitesburg, from this city to Louisville to attend and compete in the State Spelling Bee. Sam Collins and C.H. Burton were appointed a special committee at the club’s regular meeting on the fifth to purchase said transportation and to deliver same to Troah. The transportation of Troah was brought to the attention of the club by Mr. Simeon Hale, who stated that Troah would have to bear his own expenses to Louisville and return. “Well,” some member bawled out, “This club stands for advancement and progress.” Troah’s transportation was voted unanimously.

The educational interest of Letcher County should awaken, as 25 cents from each of the 90 schools of the county would pay the transportation of their spelling champion.

Troah Campbell, young son of John Campbell, of Banks, Letcher County’s champion speller, stood his ground well in the State contest held at Louisville. Out of seventy county competitors Troah was the twentieth to yield the floor. “Laboratory” was the word that caught him. Miss Pauline Bell of Grayson County won the prize and the trip to Washington to contest in the national race. “Recipe,” missed by her last contestant and spelled by her, left her state champion.

(Note: Troah later was a member of the Whitesburg High School Faculty. He was selected as the first teacher-coordinator for the new Distributive Education Program that was introduced into the curriculum during the 1961-62 school year.)

A new field has been added to the school curriculum

The school is overflowing. The attendance in high school is increasing. Several new students from the county enrolled this week.

The new teacher, Miss Anna Vanzant, who fills the vacancy caused by the resignation of Mrs. Stephen Combs, Jr., is popular and efficient. That lecture given by Prof. Harris on the growth of Whitesburg and the “Great Ready” suggestion was timely. He said many things have contributed to the growth of the city. First the school — “no town can thrive long without a good school.” The loss of a good school means depression in business and enlargement of crime and ignorance. The churches, the business men, the newspapers, all come in for their share in the good work. “Good citizenship,” taught by Prof. Harris the first semester, is now being followed by “Hughes’s Problems of Democracy.” This book has been adopted by Kentucky High Schools. It deals with the momentous problems before the American people, elevating their ideals, making the country prosperous, dealing wisely with foreign countries. The pupils are encouraged to prepare and talk at length on subjects in the lessons.

Miss Draughn was well prepared on her subject, “Newspapers and Magazines,” and she talked with splendid expression and perfect ease. Mrs. Lewis has been among the stars and comets with her class in Science this week. They studied about the big comet of 1910, and when it will come back to see us again.

The Expression Class entertained after the debate. Commencement exercises

On Friday night, May 21, the last entertainment of the school year was given at the auditorium. This program was presented by the expression department under the direction of Miss Grace Harris. The first part was given over to individual readings. Mrs. French Hawk read “A Set of Turquoise,” a dramatic play in three acts. The main feature of the evening was Shakespeare’s “Mid- Summer Night’s Dream.” The play was adapted to the needs of the class. The cast of characters was wonderfully chosen and some showed special talent along with dramatic lines while all showed they had received thorough training in their parts. The rendition of this play was indeed excellent and Miss Harris deserves praise for teaching so difficult a drama to children of this age. All who saw this play were indeed fortunate for it was one of the finest plays of the season. Wednesday night the Commencement exercises were given consisting of a beautiful processional composed of the faculty, speakers, seniors, mascot and board of trustees, speeches and music by the seniors, address to class by Rev. A.S. Petrey, and presentation of diplomas by Prof. Harris.

Tuesday the senior play, “Out of Court,” coached by Miss Grace Harris, was presented. All the seniors acquitted themselves nobly. Especial mention might be made of Verna Back and Vergil Lewis, who played the leading roles to perfection, while the others did the minor parts with enthusiasm and credit to themselves. “All on Account of Polly,” a play in three acts, was given on Monday night by the Juniors. Also, twenty-six eighth-grade diplomas were presented by Prof. Williamson.

On Sunday morning the baccalaureate sermon was preached at the Baptist Church by Rev. W.B. Garriott, of Hazard. His subject was, “For Lack of Vision the People Perish.”

On May 13, the musical recital, closing with an operetta, “Nearly a Honeymoon.” Each member of the class chose a partner from the boys of the high school and these sang the choruses. Mrs. Harris, director of the class, deserves credit for her especial work in this operetta as well as for her aid in overseeing and drilling all of the other entertainment during the season. On Wednesday night a patriotic program was given by the sophomore class under the direction of Prof. Hale.

Tuesday and Monday nights were the freshman entertainments, while the grade entertainments were given the week preceding. All the children did well and showed especial training by their teachers.