Charles Maggard received a trophy for placing third in his category of the Studies in Marketing Manuals competition.

Kathy Shackleford represented our chapter in the parade of DECA sweethearts. 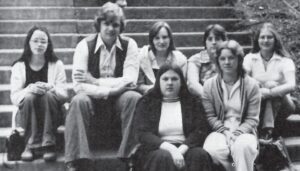 Pictured are members of the Student Council. The advisor for the council is Mr. Gerald Frazier.