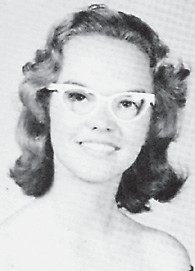 Crowned by the Governor of Kentucky Bert C. Combs at the Junior-Senior Prom were Joyce Carol Davidson and James Craft, setting a precedent to top all precedents. One of the best and most colorful and romantic proms with the theme “Southern Serenade,” carried out by the junior class in most unusual and attractive decorations. Music was furnished by Johnny Doyle’s band. 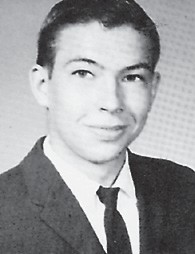 ‘Our Band’s Doing Well’ (by Jimmy Brown): Frank Bickle’s snappy band in sharp uniforms marches 54 with precision. At the state fair, they placed 13th among 29 bands. Marching from town to the ball field and performing at half-time the band supported all home football games.

A pleasant trip to Virginia is their most recent event. What would school be without a band?

‘Congratulations Yellow Jackets’ (by James Craft): The Black Kat Staff congratulates the football team on their fine performance exhibited so far this season. Although it looks like Whitesburg has been beaten out of the E.K.M.C. title, we still have a very good chance of winning the runner-up trophy. So far this season, the team has won five, lost one and tied one. For one week the team moved into sixth place in the state in the Lit rating, an honor seldom coming to our team. 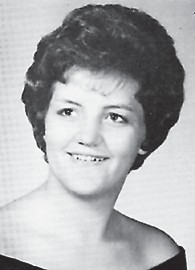 The Yellow Jackets now stand third in the state in scoring — with 163 points of pay dirt. 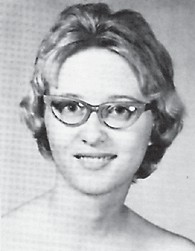 ‘Gallup Poll is Taken’ (by Lana Carter): The effective use of a Gallup Poll may prove to be a factor in the improvement of our social graces. In answer to the question, “How can we improve our social graces?” many students gave much thought with the following suggestions for improvement: No pushing in halls; no rushing or running; no chewing gum; girls act lady-like; girls thank boys for courtesies, such as opening doors, standing aside for girls to enter first; students should use titles in referring to all teachers, Mr. Mrs. Miss; Also, answer “Sir,” “Yes Sir,” “Ma’m” and “Yes Ma’m.” Talks should be given by teachers and the principal on school etiquette, and what is to be expected of the students.

We have a scoreboard

The citizens of Letcher County who attended the football game between Whitesburg and Loyall Monday night, Aug. 27, were surprised to see that something new had been added to the ball field. We had been presented with a handsome scoreboard by the senior class of 1962, the R.C. Bottling Co., and the Whitesburg Jaycees. The total cost of the scoreboard was $1,750. $310 was put up by the senior class, $300 by the Bottling Company, and the remainder $1,138 by the Jaycees. The scoreboard stands 10 feet long and is 18 feet high. On the scoreboard, to keep you better informed of what is going on in the ballgame, you see the score, downs, yards, and time. For the many people who do not understand the game, this is a blessing.

We are truly grateful to receive this much-needed gift.

‘Auditorium gets its face lifted’ (by Linda Adams): “We don’t need these old dirty stage curtains no longer. We don’t need these drapes no more” was the song the teachers sang at their variety show last spring to raise money for our lovely black velvet, fringe-trimmed curtains, installed by Knoxville Scenic Studios on Sept. 19. Great praise and thanks is due our teachers for raising the money. The curtains are monogrammed W.H.S. on each valance and the paint on the walls matches the orange fringe.

The old wine stage curtains and window drapes have served us for approximately 30 years. Now the students can enjoy the decorative look, which brightens up the auditorium with our school colors — orange and black.

Honors have been
bestowed upon certain

Vicki Moore received a marvelous write-up in the Courier-Journal
under a grand photograph of herself. She also made the sports page of the same paper with cheerleaders Sue Lewis, Virginia Asher and Sharon Adams! Where were you, Sonja? Coach Bates, Delano Thomas, Jimmy Stamper and Billie Wayne Wright were pictured on the sports page also.

Janet Hall, a cute 5’4 ½” brown-brunette is Whitesburg High’s valedictorian for 1963, with a standing of 4.0. Janet is a great student and excels in science and math. She plans to enter the University of Kentucky in the fall. Her hobbies are reading, listening to music, swimming, dancing and watching TV. Her favorite program is ‘The Eleventh Hour’. Janet belongs to the Science Club, of which she is the secretary-treasurer, the Beta Club, Band and Pep Club. Janet has had two summer sessions at Murray and Union College.

When it comes to beauty, brains and personality, Miss Gladys Collins, our salutatorian, has them all. Gladys is blonde, blue-eyed, 5’4” tall. When it comes to getting things done, Gladys is right there giving it her very best. She participates in many activities. She is secretary of the Beta Club, member of the Pep Club, F.T.A., and the Nurses Club. All this extracurricular and she is still able to maintain a high standing of 3.69 to be second in the class of 1963. She plans to enter Eastern College and become a teacher. Her hobbies are reading and politics. Gladys will enter the sophomore class at Eastern because of attending summer sessions at Union College.

(The above articles from the October 1962 Black Kat.)

Bandsmen on TV: Whitesburg High School will appear on the ‘Virgil O. Wacks Variety Show’ over WJHL-TV, Johnson City, at 4 p.m., Sunday. The band will play a variety of music and the majorettes will present a twirling routine with a chacha number.

This week in Whitesburg the band is sponsoring the sale of Royal Crown Cola products in order to finance the trip to Johnson City.

Everyone who buys a carton of RC’s from stores displaying the special sign will be helping the band, and also will receive a free ticket good for a ride on the ferris wheel on Main Street.