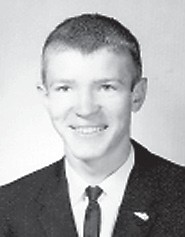 The Harris Award, first presented in 1954, is given by the faculty to an outstanding senior boy. It was named in honor of Professor Harris, who served as principal of Whitesburg High School from 1919 to 1927.

The award is based on scholastic standing, character and leadership. The recipient for this year is Mr. John Bruce Preston.

The Dugan Award is new this year and is presented to a senior girl by the faculty and is based on leadership, character and scholastic standing. The award is named in honor of Miss Ann Dugan, who served for 27 years as the home economics teacher at Whitesburg High School. The honor this year goes to Miss Sharon Garrett. 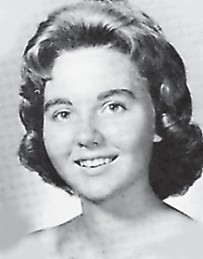 The Jackets lost to a fast Cumberland team to the score of 32-0 on Sept. 10. WHS 0, Hazard 32. A much bigger and more experienced Hazard 11 overpowered the Yellowjackets. The defensive line did a fine job containing Hazard’s running game, but the passing team Hogg to Hogg was rather piggish. The defense was led by Curtis Niece, Johnny Fairchild, Hoover D. Niece, Johnny Brown and Jimmy Collins.

What should be done with

My favorite hobby – Pep Rally by Devonne Holland: The bell rings at 10:30. Throughout the classrooms, students jump from their seats to hurry and get out — as if the building was on fire! Where are they going? They’re going to the gym where the action is! A pep rally, of course. Tonight we play a game! Watch your step, don’t push, you’ll get there soon enough! As I go down the steps, through the door, I listen with delight when I hear the band playing “Kissing Cousins” or our theme song. I look around the gym and I see the students (or almost all of them) standing and clapping along with the cheerleaders to the rhythm of the music. Not everyone gets a seat, so they stand up in the back of the gym. The teachers are standing down on the side of the gym floor. The cheerleaders lead the yell “All you Yellowjackets stand up and scream.” Finally someone yells, “We want Ritter, we want Ritter,” and everyone joins in. He walks out on the gym floor, everyone claps and he makes a short speech. Then Coach Bates makes a speech also.

We then have a battle cry. I stand up and holler to the top of my lungs to help the sophomores win. But who wins? The juniors!

My favorite activity by Warren Hall: Going home on the bus is the best activity of the whole day. When the last bell rings, the excitement starts. By the time you get to your bus, you have fallen down a couple of times; run over a couple of people; your hair is standing straight up; and you are sweating up a storm. You look down; one of your shoes has come off ; you bend down to put it on and someone bumps you over. While you are getting yourself picked up, the bus has almost filled up. Then you have to fight for a seat and end up getting a black eye. After all this, someone hits you in the back — “here we go again.”

Song Dedications: Donna Hunsaker to David Addington – “I Miss You So”. Wanda Jones to Frank Jenkins – “Make Me Your Baby.” Vickie Bates to David Baker – “You’re The One.” Joella Taylor to Darrell Sturgill – “Make Me Your Baby.” Eileen to Bob – “I Miss You So.” Rosa to Neil – “Don’t Forget I Still Love You.” Debbie to Jimmy – “Lover’s Concerto.” Lula to Johnny – “Ain’t It True?” Bobby to Carol – “I’ll Make All Your Dreams Come True.” Rebecca Pass to Ersil Sloan – “You’re The One.” Barbara Stallard to Michael Wright – “Lover’s Concerto.” Ima Jean to Warren – “There’s Something About You.”

(The above article from the September 1965 Black Kat. )O

n Campus With Betty Jo Taylor: The Black Kat would like to congratulate Kyleen Campbell for winning the National Merit Scholarship. A new club, the Junior Historical Society, is being organized this year. Students interested in history may join. We are glad to have the Folk Dancing Club going again this year. Mr. Polly, keep ‘em all dancing! Coach Bates says that if there were as much noise made about football as there has been about the magazine sales, we might have a winning team. Miss Ann Dugan honored our campus with her presence and cheery smile. Of course, we all missed “Bobby Dugan.” Coach Bates says, “This team is the hardest working team I have had. They are small as teams go, not a lot of experience either, yet we have a 3-3 record. I am proud of these boys. I think they should be held in high esteem by our student body, or school and community. They are a little better than the average boy who does not contribute anything to make our school better.”

William Wright is Kentucky’s leading scorer with 92 points. To date, he has 15 touchdowns and two extra points. Congratulations, William!!!

(The above article from the August Black Kat.)

Winners on the Hill: “What Handicapped Workers Are Contributing to My Community” – Kyleen Campbell; “Water – Its Effect on My Community” – Terry Cornett; “What Democracy Means to Me” – James K. Caudill; Air Pollution Essay Winner and Senior Magazine Sales Winner – Pat Goins.

Advice to underclassmen from some of the seniors: Roger Banks – Study lots, but have fun; Kathy Barker – Study hard, make lots of friends, and SMILE; Linda Bedwell – Study every day, and you’ll be on your way to better things; Linda Biggerstaff – Work hard and have a good time with the kids; Robert Blair – Study hard and do your own work; Becky Boggs – Be a cheerleader, join all clubs and learn people; Patsy Branham – Have fun, study hard, and try not to get caught skipping; Elizabeth Brown – Study hard and don’t fool around; Brenda Brown – Stay in school; Jonnie B. Brown – Get into anything you can but don’t get caught; Darrell Burton – Have a lot of fun but don’t get caught; Kyleen Campbell – Don’t expect to walk barefoot over a bed of nails and not get hurt; Larry Casolari – Don’t get caught if you skip class; Danny Caudill – Don’t get a bad name in the office; Edwin Caudill – Have as many friends as possible and have lots of fun; Hazel Caudill – Stay in school until you get that diploma; Brenda Collins – Study hard but have fun; Donald R. Collins – Never try to go with two girls or two boys at the same time; Glenda Collins – Your high school years only last a few years so have fun; Judy Collins – Take four years of physical education.