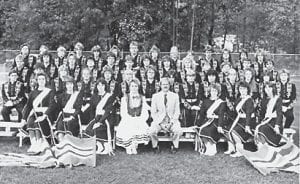 This year at Whitesburg High has been one of many changes, but it has also been one of advancement. It was the year that the construction began for the new addition to the school.

The first step in this construction was to tear down the band building. It was a sad occasion for all of the band members, but especially for Mr. Lester, who had spent many years teaching in it. The band had a final farewell party in the band room before it was removed, with Mr. Lester playing the guitar and singing, and with Joseph Estep’s “Ode to the Band Building” being read by several band members.

Next came the moving of the middle school trailers to make room for the new three-level parking lot. This would be enough space for both students and teachers to park their cars. 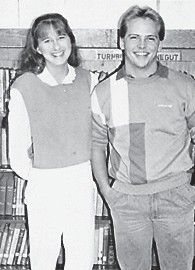 The 1986 Graduation was held on May 30 at the Whitesburg football field. Although plagued with rain throughout the week it turned out to be a beautiful night for the graduating seniors.

The guest speaker was Dr. G. Edward Hughes, Director of Hazard Community College. He kept the attention of his audience with his witty, yet thought-provoking speech. The class also heard from their peers. The three valedictorians, Monoka Venters, Carmella Webb, and Srinivas Rao, brought back many memories to the class as well as challenged them for the future under the titles: “Cherish the Past,” “Cheer the Present,” and “Challenge the Future.” Superintendent Jack Burkich and Principal Gene Horn also gave the graduating class some encouraging words.

The graduating class of 1986 became the first class at WHS to have recipients of the prestigious Commonwealth Diploma. Through their hard work and determination, Srinivas Rao and Monoka Venters were the first students to receive he honor. Also recognized was Rondall Baker for his perfect attendance record for 12 years. This class has taken the theme to heart as they leave behind their high school years and travel on to new challenges. 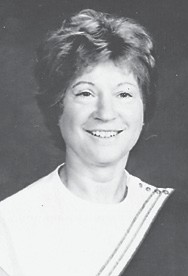 Srinivas G. Rao is the son of Chalapathi and Subbalaskhmi Rao of Whitesburg. He finished his high school years with a 4.0 grade point average. Monoka Lynn Venters is the daughter of Ricky and Brenda Adams of Whitesburg and Sonny Venters of Colson. She maintained a 4.0 point grade average throughout her high school years. Carmella Webb is the daughter of Burtis and Jo Webb of Mayking. She also maintained a 4.0 grade point average.

The Grand Marshalls of the graduation were Robbie Back and Sandy Collins. The special night was made even a little more memorable when a beautiful sunset appeared over the mountains at the closing of the exercises. Although there was some sadness over the parting of friends, the night was very rewarding and satisfying. A “thank you” goes out to the people who helped make this night a special memory in the hearts of those that attended.

(The above article from the 1986 Yellow Jacket)

This year has been an exceptional year for the band in several ways. The 1985 Marching Band was one of the finest ever at Whitesburg High. The Marching Band participated in three competitions: Laurel County, Powell Valley, and the Roy T. Reasor Festival in Fleming-Neon, earning a superior rating at both the Powell Valley and Reasor festivals.

The band had several members selected to the All-Festival Band held at Pineville and All-District Band held at Paintsville. Seniors Lisa Whitaker and Sonja Watts were recommended for the Kentucky All-State Band.

The year’s progress came to an abrupt end during the spring break, when the front door of the band building was widened by a bulldozer. However, the band is looking forward to the new band room that is to be part of the new addition at WHS. — Ron Lester, Band Director.

The 1986 Junior-Senior Prom was held at the Whitesburg High Cafeteria on May 2. The theme was “On the Edge of a Dream” and the colors were blue, silver and clear. The welcome was given by Clay Mullins and the response by Teresa Bates. The big moment of the evening finally arrived when Terry Howard and Lisa Bates were crowned King and Queen. The servers were Lorine Adams, Beth Banks, Deana Brown, Patricia Collins, Whitney Craft, Shannon Godsey, Jackie Howard, Aimee Imperial, Vickie Nelson, Tracy Ott, Jennifer Stansberry, Lawanna Stidham, Suzette Sturgill, Billy Collins, Joseph Estep, Larry Maggard, and John Thomas. There was so much magic in the air, we will always remember this year’s prom. Thanks to everyone who made it so special.

Even though it was hard to watch these changes being made, we knew it was for the better. It was for the future and it would be our past.

The honor of Mr. and Miss WHS has been awarded to Michael Jackson and Carmella Webb. This honor is awarded each year to two outstanding students on the basis of their leadership abilities, courtesy toward fellow students, and strength of character.

Carmella is the daughter of Burtis and Mary Jo Webb of Mayking. Michael is the son of Arthur (Ozz) and Sandra Jackson of Whitesburg.

This year’s Yellow Jacket is dedicated to a faculty member whose achievements are characterized by her years of devotion to her profession. Her enthusiasm for learning is shown by the expertise of her students. Her involvement is demonstrated by her willingness to assist her students. She is a graduate of Whitesburg High School. She graduated from the University of Kentucky in 1962 and began teaching here at WHS shortly afterward. Her dedication, including her years of service as an FBLA sponsor, is obvious to all. She is also a devoted fan and supporter of WHS athletics. Her son Mark lettered in all sports. Her daughter, Tiphanie was an All-State basketball player.

We are proud to dedicate the 1986 Yellow Jacket to Mrs. Barbara Bates.