Doro- thy Jenkins Pfaff, 80, of Naples, Fla., died Sept. 2. Born and raised in Whites- burg, her family began visiting Naples in 1953, moving to the area permanently in 1956. Her father, Elbert Jenkins, was a talented carpenter and builder who worked on homes in both Whitesburg and Naples.

Dorothy graduated from Whitesburg High School and Berea College. She was active in several clubs and the yearbook committee, and earned her B.S. degree in business administration from Berea in 1951. Dorothy then returned to Whitesburg where she taught typing and shorthand at her alma mater Whitesburg High School until her family’s move to Florida. While teaching at WHS, she was active as a band chaperone and with the yearbook committee. She accompanied the band on their trip to Washington, D.C. one year, and had many wonderful memories and stories of her college and teaching years, as well as her life in Kentucky in general.

After her move to Naples, Dorothy worked for a time as secretary in a local real estate office and taught at Naples High School, where she again worked with the yearbook committee as well as the “Eagle Eye” student paper. In 1956, she competed in the Miss Naples Pageant, and was sponsored by Caribbean Gardens. She then married and had a daughter, Susan Elizabeth. After the birth of her child, she was self-employed as a public stenographer/notary public, assisting many notable area residents and visiting celebrities. Dorothy was also active in the Zonta Club, the American Association of University Women, and with area churches. 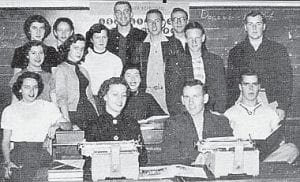 In the late 1970s, Dorothy began her employment as a legal secretary, and worked in this field until her retirement in 2007. She was considered capable and knowledgeable in her field, and continued to enjoy books and TV shows about the law and court proceedings throughout the rest of her life. She also enjoyed researching legal questions and articles on the Internet.

Dorothy was predeceased by her parents, Elbert E. and Jane Brown Jenkins, as well as an older sister, Shirley Marie, who died as a toddler in Whitesburg. She was also met in heaven by another beloved sister, Polly Jenkins Chirgwin, who died in 1990, a loss Dorothy felt keenly. Her friends and family take comfort in knowing that she is now reunited with Polly, her parents, and little Shirley. Her family was always important to her and a source of strength and happy memories. 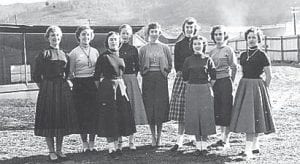 Dorothy is survived by her daughter, Susan (Richard) Rojas, of Naples; niece Sarah (John) Hall, of California; nephew Steven Chirgwin, and his children Haley and Grant, of West Virginia. She also leaves behind many dear and loving friends in Kentucky and in the Naples area, who will all miss her dearly. 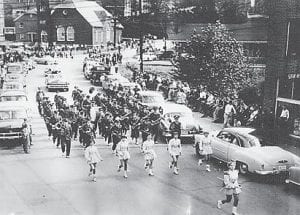