Teresa Nichols, daughter of Mr. and Mrs. Jimmy Nichols of Sandlick, has been named valedictorian of the Whitesburg High School Class of 1981.

Victoria Johnson, daughter of Mr. and Mrs. Lindbert Tolaver of Partridge, is honored as salutatorian of her class.

Nichols is a member of the W.H.S. Mathematics Club, won second place at a Clinch Valley College math contest, and was a grand marshal in last year’s graduation. Johnson is a member of the marching band and received an excellent solo rating at Pikeville College. 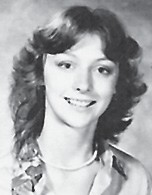 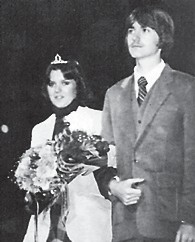 Tiffany Bates had an impressive evening as she scored a total of 16 points. Nancy Huff was expected to score her 16, and thus it came as no surprise when she fulfilled the expectation. Billie Jo Hatton hit for a total of eight orange points. Judy Mason connected on seven points; all of these coming in the last half. Teresa Sexton scored a field goal and three foul shots for five points. S. Brown and J. Adams completed the Yellowjacket scoring with four and two points respectively. 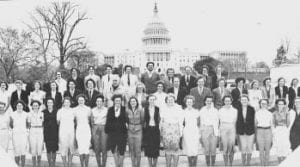 The Lady Cavaliers did a fantastic job as they outscored the Yellowjackets 23-19 in the first half. However, the depth of Whitesburg was the deciding factor as the Lady Jackets outlasted and outperformed the Cavaliers.

Four players contained the total offense for the Lady Cavaliers while Whitesburg had seven girls in the off ensive category.

Martha Robinson was top point-getter for the evening as she shot 17 points in the Cavalier attempt. Little sister Andrea Robinson, an eighth grader, and Bobbie Bartram scored 15 points each. Sherry Powers contributed four points toward the Lady Cavaliers’ 51 points.

One of the deciding factors in the game was the fact that the Lady Cavaliers only hit 35 percent on field goals while Whitesburg hit 51 percent percent.

He is a first-year student in industrial electricity at Mayo State Vocational School in Paintsville. Dollarhide is a graduate of Whitesburg High School and is the son of Jim and Jeanette Dollarhide.