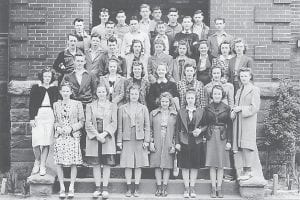 Thursday, August 8, at 1 p.m., the teachers of the Whitesburg School gathered for a planning and organization meeting. Nineteen teachers were present in addition to Superintendent Watson C. Webb, Principal Fields, and Mr. Blaine, a book salesman. After invocation by Mr. Harris, general plans were made for the year which included the beautifi- cation of campus and buildings; improvement of libraries; an organizational effort to teach proper citizenship, attitude; and plans for teacher study in the faculty meetings during the year. Additional meetings were planned, one for Monday with the high school teachers and one on Thursday with the grade teachers. Following the meeting, Mrs. Orell Fields served refreshments, and the entire group left with the feeling that the Whitesburg Schools were starting another good year. 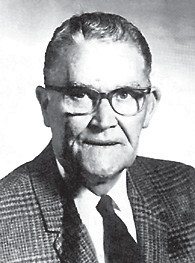 The Whitesburg High F.F.A stand will open Saturday with the following vegetables for sale if we have suitable weather. Homegrown corn, tomatoes, beans, and potatoes. Let us furnish your vegetable needs.

Finley Noble and Edison Banks are official delegates for the Whitesburg Chapter.

The following boys are training for the Poultry Judging team: Jack Cornett, Vernon and Burnis Banks.

We were notified last week that our Treasurer’s book is to be the official entry from the Eastern Kentucky District at the State Convention. This gives us a total of eight entries in the state finals next week.

Coaches Follace Fields and Dean Addington, of the faculty at Whitesburg High School, announced this week that the fall football practice will begin on Monday, two weeks before school opens. It was learned from Mr. Fields that uniforms will be issued at 1 o’clock p.m., August 19, at the Grade School Building. Fields stated that, “All candidates for the 1940 team must be at the Grade School Building promptly at one o’clock because ‘first come, first served’. The first practice session will be held on Lewis Field, rain or shine, promptly at 3 p.m. on Monday, August 19, immediately after the issuance of the uniforms,” Fields continued.

Coach Fields, in referring to a hard schedule for the coming season, said, “All boys must arrange to attend practice regularly starting August 19 due to the fact that Whitesburg’s opening game of a tough 10- game schedule is set for Friday, September 13. As high school does not open until Monday, Sept. 9, all boys who cannot attend regular practice will be dropped from the squad.”

Coaches Fields and Addington will leave Sunday for Lexington where they will attend the coaching school for a week at the University of Kentucky.

The Whitesburg High School teachers decided in faculty meetings last Monday and Saturday that Public Speaking would be added to the already broad curriculum off ered at the high school. Since the course is of such practical worth to everyone, they hope that the class will be will attended.

Growing out of the Public Speaking class will come a number of activities such as debating, declamations, extemporaneous speaking, radio speaking, readings, and discussions. The Whitesburg school will compete with the other schools in the U.K.R.E.A. in these events.

“In these days, whether we like it or not, power is with him who can speak.” — Lord Salisburg.

During the second semester, the Whitesburg High School Dramatic Club was organized under the sponsorship of Miss Cleo Stamper and Mrs. Don Brown. When the organization was announced, about 20 students reported because of their interest in dramatics, and since, others have stated their desire to enter.

Although it has been impossible to give any plays for the public at each meeting, members of the club give short skits and readings. Also, three one-act plays have been rehearsed and given before the club.

We are proud of the talent that has been displayed and next year, beginning early in the fall, a series of plays, which we hope will be very much enjoyed, will be given before the public.

(Information for the above article from the 1940 Mountain Eagle.)

Despite the fact that all home games will be played on the gym at Fleming, prospects are exceedingly bright for a successful basketball season at Whitesburg High this year. The Whitesburg gymnasium was destroyed by fire last spring and as yet has not been replaced. Seven lettermen from last year’s strong aggregation greeted coaches, Tolliver, Addington and Fields in the initial practice session Monday afternoon, these being Amos Cook, Herman Bates, Bill Tolliver, Estill Blair, Walker Pigman, Clay Stallard, and Kermit Lucas. However, no positions on the first team are clinched as the returning lettermen are being pushed by a talented group of newcomers including John Brown, Ed Moore, Junior Parsons, William Floyd Mercer and Bennett Sexton.

The F.F.A. Chapter was ranked third in the State Chapter Contest, it was announced Friday night at the annual Future Farmer Banquet held in the Kentucky Hotel ballroom.

The chapter received as a reward for its placing third, a set of Trail Blazer series of books awarded by the J.B. Lipincott and Company.

Other honors won at the convention in Louisville included first place on the Chapter Treasurer’s Book, kept by Jack Cornett, chapter treasurer; first place in the Home Beautification Contest, won by Burnis Banks of Ice; and second place in the State Scrapbook Contest.

Harry Caudill, secretary of the Whitesburg Chapter, was awarded the State Future Farmer degree at the convention. Harry is the first boy in eastern Kentucky to receive this honor. The State Farmer degree is next to the highest honor that can be obtained in Future Farmer work. The highest honor is that of American Farmer. Harry also served as a member of the State Activity Committee at the Convention.