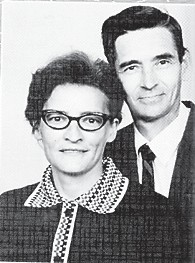 The staff of the 1992-93 Yellow Jacket takes great pleasure in dedicating this yearbook to Mrs. Joye Cassidy of Premium. Mrs. Cassidy is married to Donald Cassidy and they have one son, Danny. Mrs. Cassidy graduated from Whitesburg High School in 1955 and attended Campbellsville College and Morehead State University.

In 1966, Mrs. Cassidy joined the staff of W.H.S. teaching special education. In addition to her teaching duties, Mrs. Cassidy is the sponsor of the Youth Help Others Club. She is an active participant in many programs for the school and has even been known to play Santa on occasion.

During her years of service in education, Mrs. Cassidy has always been willing to help both students and other faculty members when called upon. Her ready wit and easy laughter makes her a ‘Joye’ to know.

Baseball Jackets win title: In the championship game of the 53rd District baseball tournament at Jenkins May 20, the Whitesburg Yellowjackets used a two–run homer by senior first baseman Tommy Nease to fuel their 8-1 victory over the Letcher Eagles. 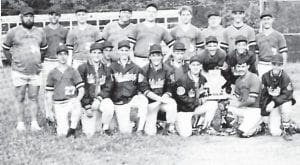 Nease, subbing for injured Chad Adams, clubbed a 2-2 fastball from Eagles’ right-hander John Adams over the right field fence in the third inning for his second homer in his last three games.

Letcher scored its lone run in the second inning. Designated hitter Chris Slone drew an inning-opening walk from Whitesburg right-hander Charles Hicks, stole second, and scored one out later on an error.

Hicks, in going the distance, faced only 26 hitters — five over the minimum. Hicks allowed two hits, walked three and record nine strikeouts — including three in the seventh.

Whitesburg tied the score in the third. Jamie Collins opened the inning with a single, stole second and third, and scored the fourth run of the inning on Shane Gibson’s triple to left center. 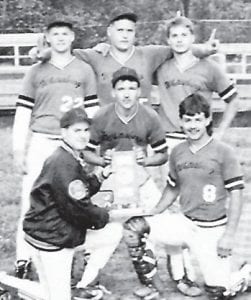 Whitesburg added its final four runs in the sixth inning. A one-out singles by Roger Caudill and Bobby Maggard, a two-run single by Jamie Collins, a fielder’s choice RBI by Hicks, and a sacrifice fly by Benji Meade gave the Jackets an insurmountable 8-1 lead.

Flag that once flew at Capital now flies at Whitesburg High

WHS started this school year without an American flag. “Several years ago our flag was stolen,” said Principal Ed Holbrook. “I didn’t want that to happen again, so when we put the new one up, we installed it permanently. We ran it up the pole, tied it off so no one could reach the lanyard, then put a floodlight on it.” 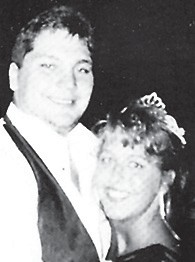 That flag served the school for several years, but the elements soon took their toll on it. The high school had to take it down twice for repairs and sewing — no easy task when you consider that the flagpole is 52 feet high. Each time the Whitesburg Fire Department came to the rescue, providing a truck to reach the flag.

The high school’s Junior ROTC department took on the task of getting a new flag. One of the instructors called the Radcliff, Ky. chapter of the National Sojourners, a patriotic organization of active duty and retired military officers who are Master Masons. They told us that “We are always happy to answer an ROTC request for assistance.” They sent a flag that had been flown over the U.S. Capitol.

“I was really surprised to get it so quickly,” said Holbrook. “I didn’t expect to get one that had been flown in Washington, D.C.”

Landscaping at the school had obstructed the area where the fire truck had previously parked to reach the pole. Something else had to be done.

A call to a WHS graduate solved that problem. Marshall Ison, a 1981 graduate and now a lineman for Kentucky Power Co. brought his service truck, but his bucket wouldn’t reach the top of the flagpole, so he called in reinforcements. Guy Kegley Jr. arrived with a Pike Electric truck equipped with a longer boom. These two had the flag up and flying in 30 minutes.

The 1993 Junior-Senior Prom was held May 8 at the Whitesburg High School Gym. The theme, “Wonderful Tonight”, was enjoyed by all that attended. It was a night of romance and laughter laced with a touch of elegance and time for making memories that would last forever.

Our 1993 Prom King and Queen are Miss Nicole Sexton and J.J. Buttrey.