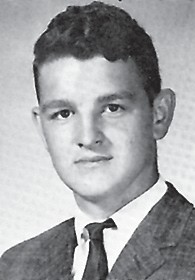 Ernest Gay Amburgey is valedictorian and Sandra Lynn Bloomer is salutatorian of the 1964 graduating class of Whitesburg High School.

Amburgey, the son of Mr. and Mrs. Willie Amburgey of Premium, has a perfect 4.0 standing. He has served as class president, member of the Beta Club, Hi-Y Club and Student Council. He is 16.

This week the State Highway Department announced he has been awarded a department scholarship to the University of Kentucky.

Miss Bloomer, the daughter of Mr. and Mrs. James Bloomer of Cowan, has a scholastic standing of 3.8 out of a possible 4.0. She is the secretary of the Student Council, secretary of the Beta Club, member of the Science and Folk Dancing Clubs.

She has been accepted at Berea College for the September term.

Sen. John Sherman Cooper will deliver the commencement address at graduation exercises at 7:30 p.m. Friday at the school.

After the diplomas are presented, a reception honoring the Senator and members of the graduating class will be held in the high school Home Economics Department in the gymnasium building. The reception is open to the public. 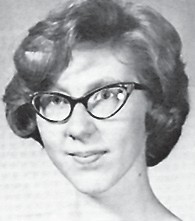 Chesta Webb, daughter of Mr. and Mrs. Chester Webb of Mayking, exhibited approximately 40 paintings and 10 sketches at the Bank of Whitesburg, Aug. 29, 30, and 31.

More than 300 registered at the show — the majority of these visiting on Saturday when the bank was open from one to four and refreshments were served.

Several of the paintings exhibited belonged to private collections or to members of the artist’s family.

The show featured oil and watercolor paintings, pencil, charcoal and ink sketches, and one collage. Chesta is a Georgetown College student and has as instructors in art Professors Jim McCormick and Donald Dodge. 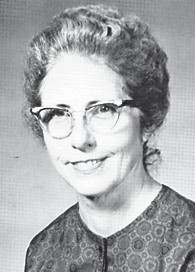 (The above article from the Sept. 5, 1964 Letcher County Community Press.)

As a token of our appreciation and gratitude for your faithful service to the teaching profession, your patience and understanding in accepting the individual as he is and your skill in helping him develop his capabilities to the fullest extent. We take pleasure in dedicating to you the ’64 Yellow Jacket with hope that it will be a constant reminder of a job well done. Anna E. Collins.

Freddy Bowen is a candidate for lieutenant governor of the Youth Assembly, which is meeting in Frankfort and Louisville. 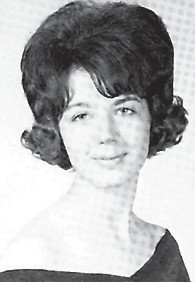 Others from the school who are attending the sessions are Andrea Collins, Russell Hall and Randy Fields of the Hi-Y Club; Kathy Stallard, Liz Smith and Cecilia Newsome of the Tri-Hi-Y club, and Miss Ann Lewis and R.T. Holbrook, chaperones.

The Youth Assembly, sponsored by the state Young Men’s Christian Association, is designed to give young people experience in the operation of state government.

The folk dancers are appearing at the 28th Mountain Folk Festival at Berea College. The festival is held to encourage the use and preservation of the Southern Appalachian folk heritage.

The new band uniforms are really two uniforms in one. The basic coat and trousers are black and have a tuxedo-like appearance. The uniform will be worn this way for concerts and indoor performances. It is easily converted to a snappy parade uniform through use of the orange overlay and hat with plume. The uniforms were chosen by the uniform committee, including Mrs. Harry Lucas, president; Mrs. Roy Crawford, secretary; Mrs. Marjorie Gabbard, Mrs. Mattie Lewis and Mrs. Troy Stallard, all of the Whitesburg Band Boosters Club, at a meeting with Band Director Frank Bickel and his wife. The uniforms are expected to arrive about April 15, in time for the band’s appearance at the Kentucky Derby Parade. In connection with the current drive for funds to buy the uniforms, the Band Boosters will give a spaghetti supper from 5 p.m. on Friday, Jan. 31, at the Whitesburg Grade cafeteria.

Girls! Girls! Be on the lookout because we have two good-looking boys enrolled at W.H.S. One is David Jones. He is 16 years old and is a junior. He’s 6 feet, has brown hair, and blue eyes. He attended Berea Foundation. The other one is James Vlasmit. He is 14 years old and a freshman. He is 5 feet and 10 inches, has brown hair and eyes. He attended Leilehua High in Wahiawa, Oahu.

There is a Hall of Fame for Whitesburg senior basketball players and senior cheerleaders for 1964. Their bronze statutes are magnificent. Ritter, Rader and Horn take special care of these great masterpieces of art. Remember fans, when you enter, this is the way they are placed: Michael Adams, the great ; Shade Jones, the ace; Ty Hall, the fighter; Gary Garrett, the kid. These were the best, the greatest!!! Ritter, Rader and Horn will really miss these great players. The fans were wild about them; no one can ever take their places. Now, we get to those great senior cheerleaders: Miss Collins will never get over this great loss. (It’s impossible.) Now let us stop and look at them, Vicki Moore, long loved captain; Sonja Boggs, little but loud; Sharon Adams, the problem. What will Whitesburg High School ever do without these great people? Self appraisal by Sharon.

The traditional homecoming parade, the colorful floats, the gathering of faithful alumni, and the game with Elkhorn City made the day complete. The festivities were climaxed by the coronation of Queen Shirley and her royal court. Memories of this homecoming will remain as one of the best ever.