While ‘The Webb Brothers’ are still known in Central Kentucky business circles, some may have forgotten their origins in the mountains of eastern Kentucky and more particularly, Letcher County. But they are still remembered by their former neighbors, friends and particularly their former classmates at the old Whitesburg High School in the 1950’s and early 1960’s. And, they still remember their old hometown and their mountain friends.

Donald Woodford Webb and Ralph Dudley Webb come from a long line of the families who were a part of the great outmigration of families from Wilkes County, N.C. to our area about 1804. Their relatives include the Letcher and Perry County families of Webb, Adams, Craft, Jenkins, Williams, Combs, Cornett, Caudill, Ison and dozens of other old families in the area.

Their grandfather was N. M. Webb, the founder and longtime editor of The Mountain Eagle. Their parents were Woodford ‘Dood’ and Elizabeth ‘Dot’ Webb, who were both born and raised in Letcher County.

In 1960, Don joined the Kentucky Department of Economic Development, under Gov. Bert T. Combs, served a stint in the Kentucky National Guard and then attended the University of Kentucky College of Law earning a J.D. degree in 1967. While going to law school full time, he retained his position as special assistant to the Commissioner of Economic Development until 1967. After a year in Washington, Don joined a Louisville law firm and practiced law there for three years.

Meanwhile, Dudley graduated from law school in 1968, working his way through law school by selling tires at Montgomery Ward during the week and officiating high school football games on weekends. He tried the big law firm route for a month but wanting more, “hung out his shingle” and was a solo practitioner in Lexington handling whatever cases came through the door.

In 1971, Don moved back to Lexington where he and Dudley formed a law partnership, Webb & Webb, Attorneys. The brother began dealing in real estate while they continued the law practice to support themselves. What started with a duplex became two duplexes and then two fourplexes. A small warehouse was next, then a small office building. As their real estate business grew, it became ‘The Webb Companies’ and they became known as ‘The Webb Brothers’ in central Kentucky business circles and the press.

During the decades of the 1980’s, Webb-related entities developed nearly 5.5 million square feet of buildings in Fayette County and they literally changed the face of Lexington with their office buildings, especially shopping centers, hotels and condominiums. Their preservation award winning Victorian Square project saved an entire city block of old and deteriorated buildings dating from the 1880’s buildings at the crossroads of downtown in what was the largest historic preservation in the history of the state. During these early years, Webb projects were developed in more than 40 cities around the nation. In 1986, The Webb Companies was recognized as the nation’s third-largest diversified real estate developer by Building Design & Construction Magazine. 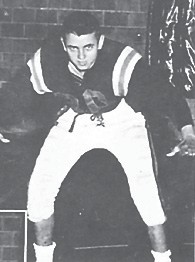 Don Webb stayed in Lexington as Dudley spent more time on the national projects. Don, the community activist, had many civic, economic development and political and other interest in Lexington and Kentucky over the years. Both were active in the Greater Lexington Chamber of Commerce and Don served as chairman.

Dudley was single during those years. While Don remained in Lexington to stay active on the Lexington projects and affairs of the company, Dudley sent much of his time in ‘on the road,’ as the national representative, traveling, locating projects for development and representing the Webb ownership interests from coast to coast.

In the past decade, the development activities of the Webb Companies took a back seat to managing the properties they have retained. While the firm still participates in select development projects, Don and Dudley have limited their business participation on a day-to-day basis.

Dudley Webb is married to the former Marla Collins of Versailles, daughter of former Gov. Martha Layne Collins and Dr. Bill Collins, (originally from Hazard). They have twin sons, Alex and Will, and a daughter, Ellie Webb, elementary students at the Lexington School where both parents are very active in the school programs.

Don Webb and his wife, Julie, now live in Vero Beach, Fla. Their son, Woodford Webb, an attorney, named for his late grandfather, now serves as president of The Webb Companies in Lexington. (Woodford is married to Dr. Kelli Greer Webb, a daughter of another former Letcher Countian. Kelli’s father,

Phil Greer, was a wellknown high school athlete at Jenkins and UK in the 1960’s and now a Lexington restaurateur.) Julie and Don have two grandchildren, Ford Webb and Greer G. Webb.

Elizabeth ‘Dot’ Webb, mother of the Webb brothers, lives in Lexington to be nearer three of her children. There are two Webb sisters, Debby Ann Webb Howard of Harlan and Judy Diane Webb Lowry of Lexington, both of whom are also Whitesburg High School graduates.

The 1954 Halloween Carnival was held on Oct. 26. Phyllis Ann Hall and Don Woodford Webb, junior class candidates, were crowned King and Queen of the Carnival by Principal Kendall Boggs.

Margaret Collier and Maurice Moore were the senior candidates. Dixie Adams and Ben Arnold Everidge were the sophomore candidates. Robbie Kersey and Bix Brown were the trainbearers.