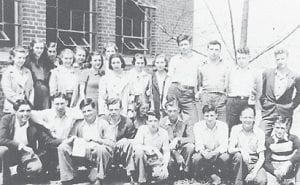 The Whitesburg High School and Grade School got off to a good start Monday, as school began for the students of the city.

Professor R. Dean Squires and his staff of teachers received the surprise of their life when a total of 201 enrolled for the freshman class. This is the largest class to ever enroll at the high school and is presenting the teachers with quite a problem in handling the class.

There are 99 boys and 102 girls in the class. The total enrollment of the high school is 520 students. In the grade school there are 352 pupils enrolled. This makes a total of 882 pupils in the city schools. 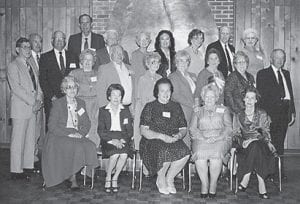 (The above article from the September 8, 1938 Mountain Eagle.)

Monday turned up with an exceptionally good change at school. The shorthand and typing classes moved out of the dormitory, or rather a firetrap that has been condemned for ten years, has sagging floors and a very poor imitation of a typing room. They moved into the new building.

Has anyone asked you if there is any talent in and around Whitesburg? The answer should be yes. The Midget Minstrel and Amateur Hour given by the Methodist Church was a success. A variety of fun jolted the audience into a rib-tickling laugh. Singing, dancing, jokes and recitations were the outline of the program. Mildred Thomas of Marlowe won first prize with an acrobatic tap dance, Eunice Ann Howard won second prize, Fay Fairchild won third and complimentary tickets to the Kentucky Theatre were presented to the four others. 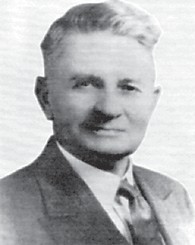 The Yellowjackets buzzed into position Saturday night and conquered the Midway Bluejays to a score of 27-23.

Friday night the Yellowjackets were defeated by Harlan at Harlan by 32-31.

Eric Rierson Jr., Sam Collins and Gene Moore visited in Jenkins Monday night. Who were they, boys? Were they pretty girls?

Herbert Haynes, formerly of the high school, has taken over the eighth grade since the resignation of Mr. Harris, who is, in my opinion, one of the finest men of the 120 counties of Kentucky.

Mrs. Jones gave a music recital Tuesday afternoon and a very good one too, if I may say so.

The Yellowjackets clashed with the Cavaliers of Jenkins Tuesday night. This was a close game, each team fighting to overcome the other, and at the end they tied, but playing an overtime play the Yellowjackets won by a score of 22-19.

The valedictorian of the senior class for 1939 is Eulice Cornett. The salutatorian is Mildred Sergent. As usual, the senior class will take their semester test a week before the rest of the classes do and they will also get out a week earlier.

Last week, Rev. Joe Sudduth visited the school and gave us an interesting talk; this week Rev. Bill Poore visited us and he also added to our spiritual needs as well as to our humorous side of life. Mr. Poore is to preach the baccalaureate sermon on Sunday, May 14.

Jerry Montgomery and a troop of 15 Future Farmer boys went to Berea Monday and competed in a district contest. This being their first year to attend the convention, they didn’t cop all of the prizes, but they brought back their share, as the boys of Whitesburg Hi always do.

The seniors of Fleming Hi visited the Whitesburg Hi on their ‘day off ’ last week. They talked, gave poems, and did a few sketches of their play. We enjoyed their visit to our campus.

R. Dean Squires, principal of Whitesburg High School, announces that the coveted Reader’s Digest Award for Scholastic Achievement was won by the valedictorian of the class of 1939, Miss Eulice Cornett, Crown.

She will receive an engrossed parchment certifi- cate upon graduation.

The Reader’s Digest confers this annual award as encouragement to young men and women throughout the nation, who, by their scholastic achievement give promise of growing into leadership in their communities.

One of the lamentable incidents in Whitesburg’s routine of everyday affairs is the fact Prof. H. H. Harris, veteran eastern Kentucky educator, is retiring from the head of the graded school department. For a score of years or more, Prof. Harris has been a flashing meteor and livewire in our schools. He has probably done more than any other worker in all the history of our schools. On the Eagle’s part, this stands unquestioned and so we again state that his abandonment of active schoolwork is indeed lamentable.

Prof. Harris is not a young man anymore. Some years ago he became seriously ill and was forced to spend a number of months in a hospital undergoing a dangerous operation and a long siege of treatment. His age and the fact that he is no longer a well man prompts his retirement. It is one of the worrying things of the Professor’s life that he is forced to do.