Ed Cornett, a musician like many good musicians, was born in Whitesburg. After serving in the U. S. Air Force, Ed moved to the Washington, D.C. area. This is where Ed’s real music education began. While Ed was already a skilled musician, he was privileged to meet and work with some of the famous musicians of our time.

As a professional musician, Ed has played both drums and trumpet in his bands as well as other groups and trios. Ed is not only an accomplished drummer/ percussionist and trumpeter, he is proficient on 14 instruments, and these include flugelhorn, vibraphone, keyboards and most wind instruments. Ed has been a part of the music industry for over 50 years.

Among those he played drums with are Charlie Byrd Trio, Ramon Ballve Trio, TRE3 and the Rich Geib Band. A few of the groups that Ed played drums and trumpet with are U.S. Air Force Band, Kim Tsoy Big Band, Beryl Middleton Group, Art Monroe’s Show Band, Sons of the Beach and the Crown City Dixieland Band. Trumpet and flugelhorn were his specialty with the Ed Cornett Quartet and the DC 6. 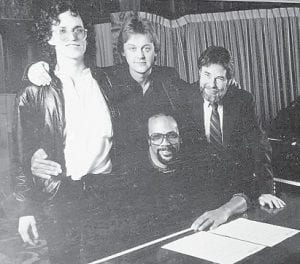 Ed and his wife, Sherry, an accomplished teacher of healthy gourmet cooking (Sherry currently teaches at Yavapai College and privately, does catering and has a radio show on NPR), recently moved to Chino Valley from the San Francisco Bay Area. Together, they have two sons, two daughters and five grandchildren. Ed fell in love with the Prescott area when in the Air Force and they both renewed their enthusiasm for the area a few years back and decided this would be a great place to live.

In addition to having his own groups, trios and quartets, Ed writes musical arrangements, composes and is a teacher on brass, woodwind and percussion instruments as well as electronic keyboards and for computer musical software.

Ed has been a private music teacher for over 30 years. He teaches people of all ages, believing that you are never too young or too old to learn to play an instrument. Ed’s youngest student to date was four years old and his oldest is 87 (he is still teaching this student). Part of the satisfaction Ed receives is sharing the joy and excitement a student expresses when they reach a goal or even just play a note for the first time. “Music is a universal language and the skills that are retained when a child learns to play an instrument, also increases their learning skills for other subjects and provides them with a specific form of discipline they will carry throughout their life.” 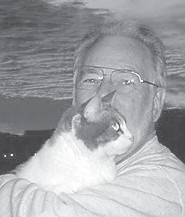 Over the years, Ed has been a consultant and resource specialist for many musicians, including Charlie Byrd, Les McCann, Elvin Jones, Roberta Flack, Clint Holmes, Miles Davis, Derwyn Holder, Art Monroe and Terry Plumeri (just to name a few). Ed has consulted with musicians on the ‘Tonight Show’ as well as on a number of movie scores.

Ed is playing in the Prescott/ Tri- Cities area with a number of different groups, trios and big bands. He is teaching at Prescott Music Center on Montezuma Street as well as privately.

You are going to get a big thrill when you see those good- looking orchestra stands. There are 14, designed, painted and drawn by Mr. Taylor, assisted by Miss Jenkins. They are made of plywood by the M.T. department. On each stand there are three music staffs and three bars of music artistically painted in orange against a black background. On each staff is the dear old WHS. This orchestra bandstand represents many, many hours of hard work and we just know all our students are going to stand and give a big hand to the new Whitesburg School Orchestra.