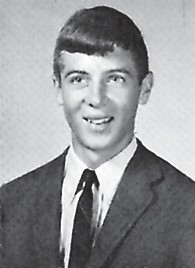 Stuart Lewis, a 1969 Whitesburg High School graduate and a member of the Harlan County Jaycees, was elected management development and training vice president of the Kentucky Jaycees at their state convention held recently in Owensboro. Approximately 1,000 Jaycee members from local chapters across the state were in attendance, including Robert Lewis from the Whitesburg Area Jaycees.

Stuart has been a Jaycee member for 10 years, having served as local chapter president of the Pikeville Jaycees and most recently as regional director for the South East region. He is district sales manager for Cogar Mine Supply Inc. of Beckley, W.Va. And he and his wife, Mary, reside at Rosspoint in Harlan County. He is a native of Whitesburg and is the son of Emery and Ethel Lewis.

(The above article from the June 4, 1986 Letcher County Community Press.) 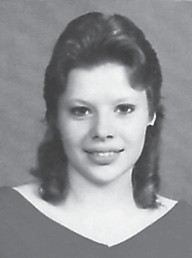 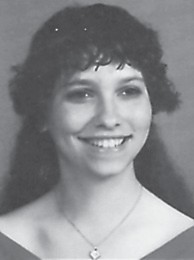 Debbie Brock and Wanda Watts, senior DECA members in the Whitesburg High School Chapter of the Distributive Education Clubs of America, will be attending the National Career Development Conference.

They are among the 150 students that have earned the right to represent Kentucky by participating in competitive events at the conference. The meeting will be held in Atlanta April 24-27 and is expected to have over 6,000 DECA members, state advi- sors, and local advisors in attendance representing all 50 states plus the District of Columbia, Canada, Puerto Rico, the Virgin Islands and Guam.

Wanda Watts is employed at Food World of Whitesburg as part of the cooperative training program under the supervision of Larry Whitaker.

Debbie Brock is employed by Walmart of Whitesburg through the cooperative program and is supervised by Bob Hayes.

Watts will be participating in the entrepreneurship event and Debbie will be entering the Pepsi Learn and Earn project.

(The above article from the Letcher County Community Press, March 20, 1986.)

What Are Those Seniors Saying Now? Teresa Bates: “Don’t look at me, I didn’t do it!” Tammy Trent: “If you can’t get over it, crawl under it.” Charles Miller: “What time is it?” Steven Bates: “Whatever tickles your pickle.” Danny Webb: “It is a small world, but I wouldn’t want to paint it.” Angie Mullins: “I don’t think we are in Kansas anymore!” Michael Jackson: “Life’s a beach!” Alisa McCall: “How’s life?” Jennifer Ison: “I’m not amused!” Danita Adams: “Sounds good to me.” Jeanie Adams: “Whatever” Bessie Collins: “ You don’t know me as well as you think you do!” Kelvin Eldridge: “That beats all that I ever did see!” Gary Allen: “ That’s beside the point.” Robert Hall: “That’s one for you.” Rosecondalee Hammonds: “What’s happening?” David Profitt : “Stop right there and don’t move!” Missy Bates: “Die laughing, man.” Stephanie Plymale: “I know what you are, but what am I?” Sandy Morris: “No problem!” Craig Webb: “ What’s life without a risk?” Scott Lewis: “Due to the events that have transpired recently, I decline to speak out about anything!”

Jack Holbrook: “Let me borrow some money.” Patricia Holbrook: “Oh, shut up!” Angie Lewis: “When in doubt, cheat!” Benita Stanley: “Everything I didn’t do yesterday added to everything I didn’t do today plus everything I won’t do tomorrow completely exhausts me!” Greg Coots: “ It’s casual!” Melissa Bolling: “Hey dude!!” Sonja Watts: “Oh Lord! I can’t make it through the day!” Lisa Whitaker: “Huh?” Regina Holbrook: “No pain, no gain!” Michael Maggard: “Don’t worry about it.” Debbie Brock: “You never grow old, you just die young.” Mary Brown: “Oh yeah!!!” Marsha Holbrook: “Keep your feet on the ground and reach for the stars!”

This year’s drama class was a group that showed a lot of exceptional talent, not only in acting but also in writing. They performed three Christmas plays for the public, “The Mummers Play”, “Catch a Claus”, and “Little Match Girl”. Later in the spring they performed three other plays for the Letcher County Arts Festival and the student body, one of which was co-written by Stephanie Plymale, a member of the drama class. These plays were “The Charm”, “The Wait”, “Like Father, Like Son”. The performances would not have been possible without the direction and coaching of Mrs. Lester and Mr. Jeff Hawkins. Their freely given time and understanding are much appreciated. We hope that next year’s class will be as hard working and dedicated as this year’s members were.

Benson also registered an impressive game in the Pikeville win as he struck out 15 of the 22 batters he faced.

(The above articles from the 1986 Whitesburg High School Yearbook.)